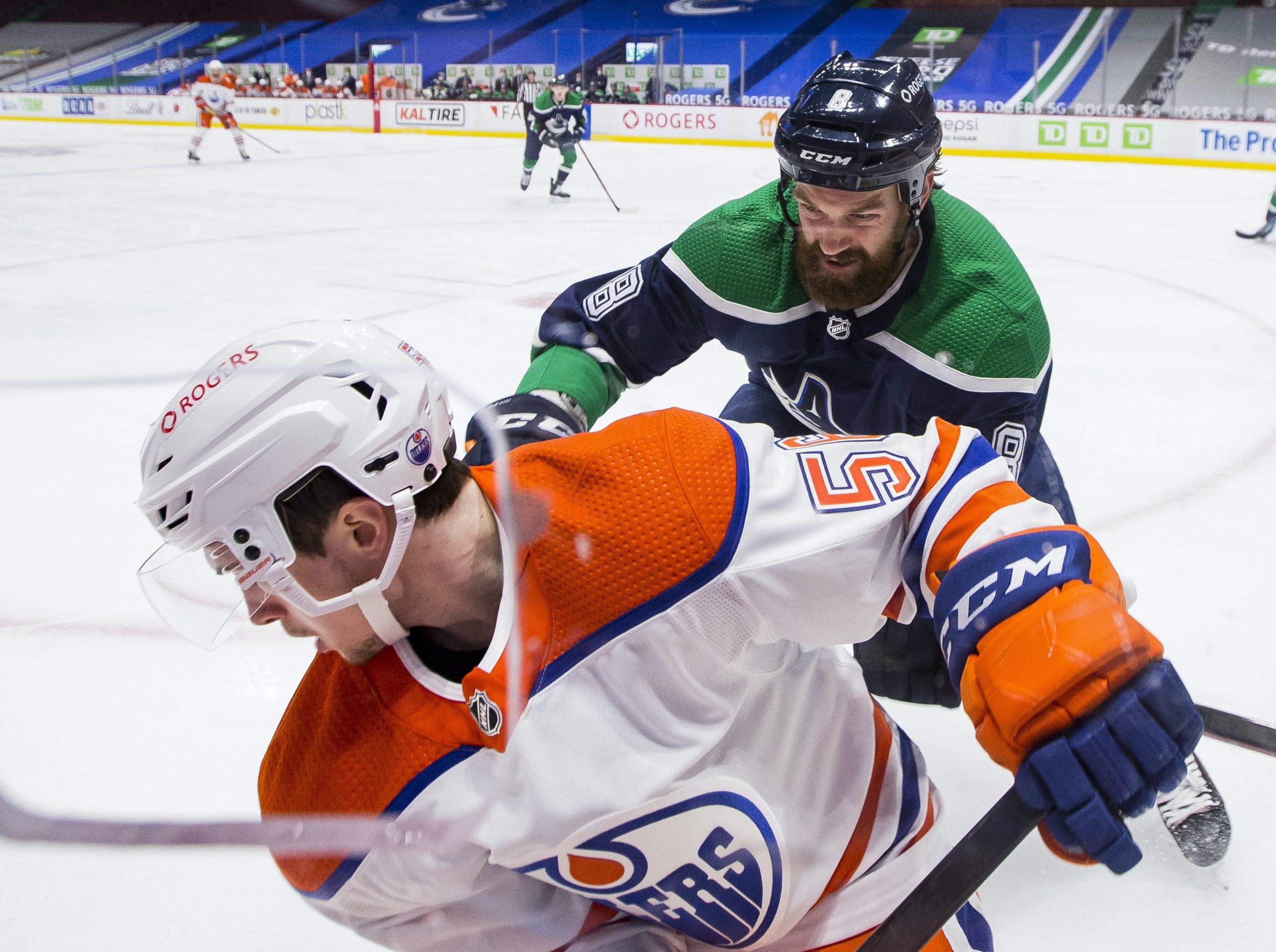 Taxiing for Takeoff So It Might Be A Long Night

If you were concerned about the Canucks’ chances of making the playoffs before, tonight’s game will be the ultimate test. No Elias Pettersson, no Jay Beagle, no Brandon Sutter, and no Antoine Roussel at Friday practice. Now, that was yesterday and by game time, Vancouver might be fortunate enough to see at least one of those centres back.
The alternative is Ashton Sautner or Brogan Rafferty on RW (oh joy!). Loui Eriksson looks like he’s back in the lineup, Zack MacEwen is too! Tanner Pearson will need to boost his trade value because anything in the bottom-six will be a non-event.
Here’s the catch: the Canucks face the Edmonton Oilers tonight. Edmonton dismantled the Senators last night so maybe lightning will strike twice and the Canucks can repeat the Leafs’ effort from a week ago to beat Connor McDavid and Co?
Good thought.
Did I mention that a defenceman might play forward for the Canucks? The construction of the taxi squad and this roster has been exposed. The slogan “We Are All Canucks” is very close to becoming true: with no more healthy bodies, Jeff Paterson might be the EBUG this evening.
Let’s Do This!™

Everyone’s Hurt and Nothing is Fine

Pettersson’s hurt, Sutter’s banged up, not sure what’s up with Beagle, and even the lacklustre Antoine Roussel is hurt. It’s the perfect storm for the Canucks to lose 8-1. At even strength, the Canucks haven’t been stellar and if they get into penalty trouble tonight, it could be curtains.
CURTAINS!
We haven’t seen a dismantled lineup like this in a while, but it usually happens when you don’t have enough depth. Special teams will be on blast tonight and we should expect the top two lines to be rotated back and forth like being down a goal in Game 7.

Connor McDavid (Probably just a neat stat about him), Eriksson Is Back, Brock Boeser Continues his Reign

PowerGlove Player of the Game