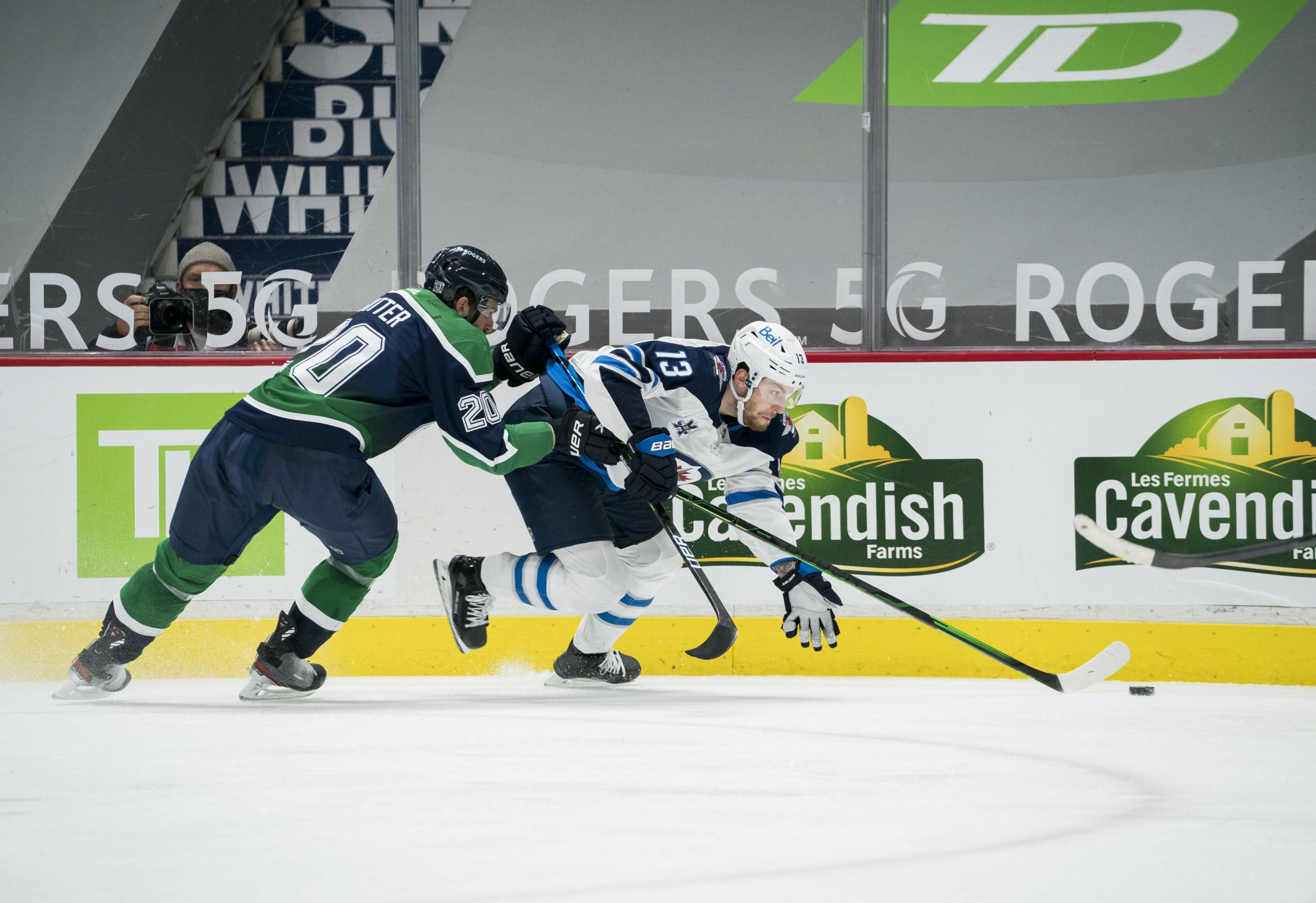 Winning cures all. Seriously, if you win, people shut up

It feels like forever since the last time the Vancouver Canucks played a game. It feels even longer since they won a game. If you’re a hardcore fan, you’ll know their last win was against the Calgary Flames 11 days ago. If you’re even more hardcore than the rest of them, you’ll remember the season was on the line back then and the sky was falling, too!
There has been zero winning since then.
Tonight, it’s the Jets who face the sad-sack Canucks. The Jets have won four-straight with two of those coming against Vancouver. Will the Canucks be a different team after having a handful of days off to prepare or will it be yet another soul-crushing loss that makes us beg for the reset button?
It’s still kind of laughable though, as Vancouver could win a few games and technically be right in the mix.
It’s funny, trust me.
Let’s Do This!™

Travis Green is looking for any kind of spark and he has reunited the Lotto Line but moved Nils Höglander to the land of the forgotten toys with Brandon Sutter and Adam Gaudette. That means Jake Virtanen gets a starring role with Bo Horvat and Tanner Pearson. Let’s give them a shot.
The Sutter line could be interesting with all of his breakaways and offensive prowess combined with Höglander’s aggressiveness, and Gaudette.
The power play was adjusted to see Elias Pettersson on his strong side, the same as Brock Boeser. According to Brendan Batchelor, the Canucks are rolling out a six-man PP2 unit. I’d love to see how that pans out (I’m not stupid, obviously they rotate the guys at the point in and out).

With the PP1 switching wings, I have to say, Elias Pettersson. There is something that is emerging in the last while and I believe Boeser will get the puck more to start, which in turn frees up Pettersson. I’m rarely wrong so come back here and check the receipts when Petey blows up tonight.
Disclaimer: If Pettersson is a -3, delete this section from your memory. See you tomorrow.

Finishing series one of The Boys, eating my breakfast, a Canucks win and sticking to my five-coffee limit for the day.
Uncategorized
Recent articles from Always90four