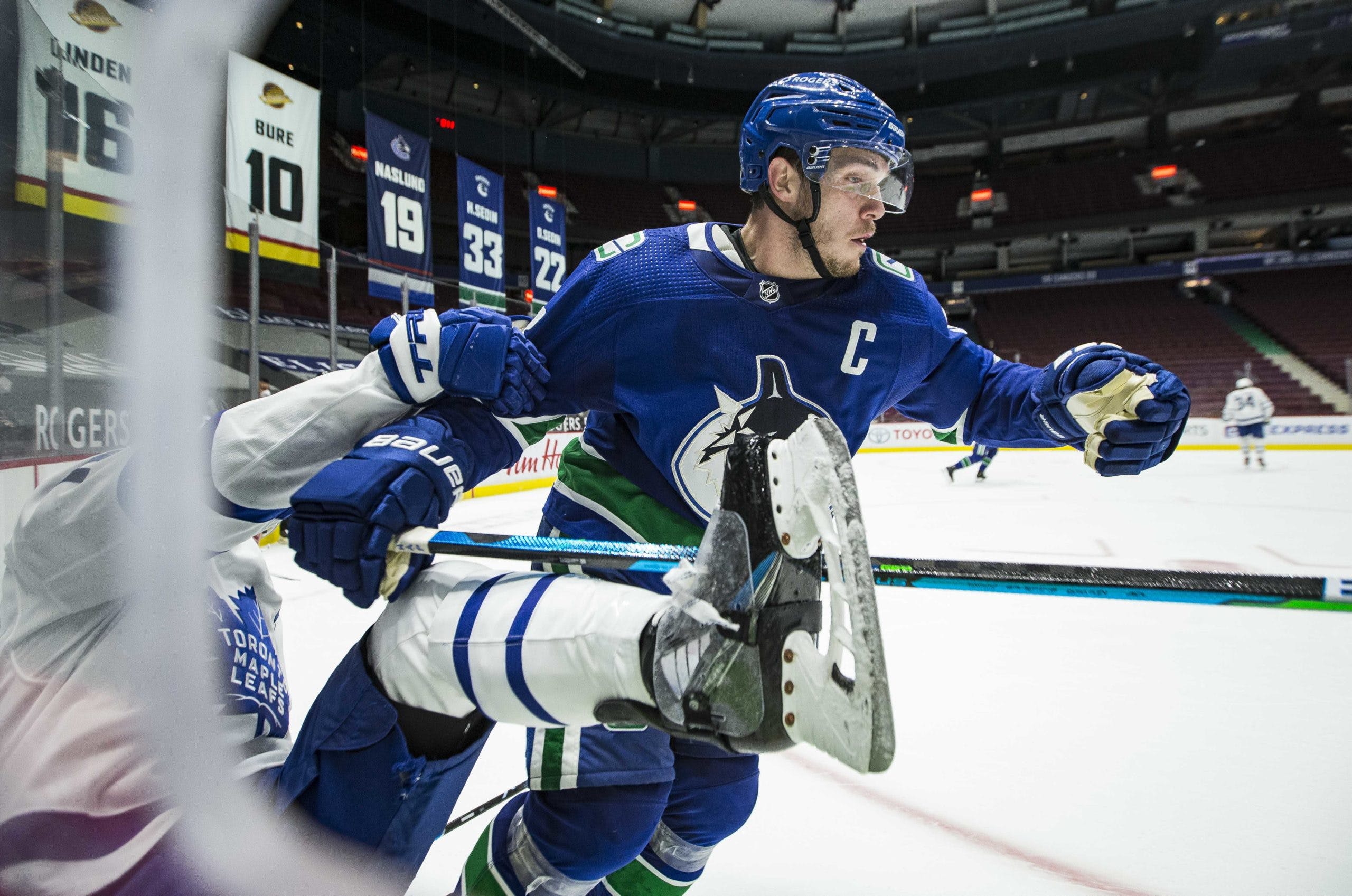 Could a win streak be right around the corner?

Asking the Canucks to string together consecutive wins this season has been a chore. From lacklustre goaltending to multiple crossbars to just plain blowing leads; the Canucks are not having a season to remember. Tonight, they get another opportunity to shoot for back-to-back wins and against the Leafs it’s going to be a tall task.
Vancouver had a lucky night with the Leafs coming off a trip from Edmonton and if you’re a Leafs fan it was a perfect trap game. Don’t expect Auston Matthews and Mitch Marner to go quiet again.
So, if we’re all done raking Jim Benning over the coals for his uninformative presser, can we just enjoy this game for once?
Let’s Do This!™

What we don’t know could hurt us

Travis Green says Elias Pettersson is day-to-day much like the current state of the organization. As for the lineup, a win usually means status quo — again — like the current state of the organization. That joke could keep writing itself. Thatcher Demko should be the goalie going forward and that should essentially end that conversation.
The roster isn’t getting better with or without Pettersson and time is running out so even being four points out of a playoff spot needs direction. They might not have one, sadly.

Jake Can Score, The Presser, Aaron Pritchett’s hair again, and Patience (Jim said to be patient)

Brock Boeser will get feature time on the power play and if anyone can put the team on his back for a night, it’s Brock. I’m not saying two goals or anything but he’s got the glove tonight.

I just finished WandaVision so I’ll need a new show. Can you believe BOTH Visions die? Crazy right (looking forward to that backlash). I’m also looking forward to a Phillips Space Goat IPA; the first one was pretty awesome. Finally, I’m looking forward to a win streak for the Canucks. It was a rough week and back-to-back wins against the Leafs would be a pretty great feeling.
Uncategorized
Recent articles from Always90four