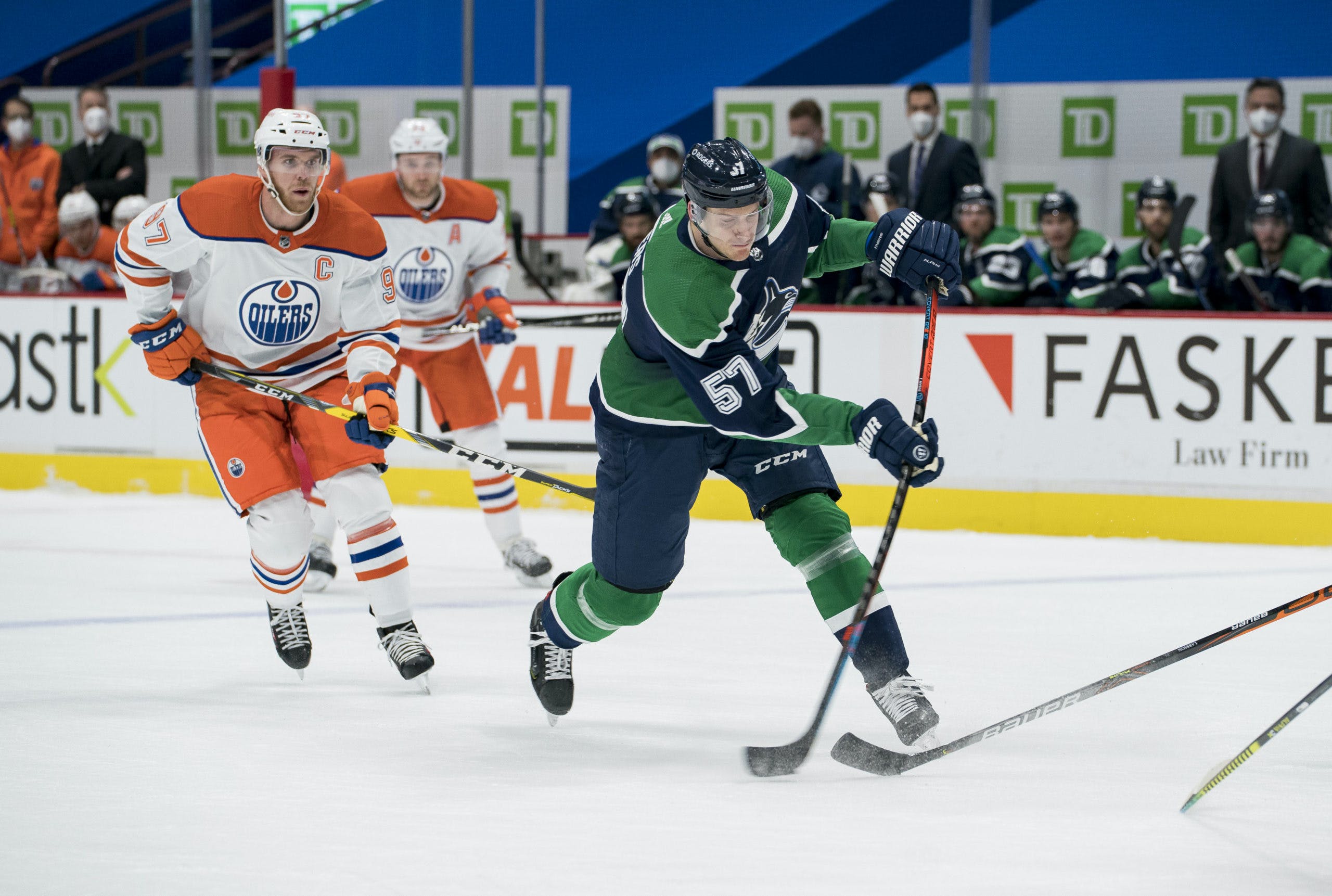 Welcome Back To Sadness (But let’s pretend we’re OK)

The Canucks have been granted access to another game day despite the way they treat the game of hockey. I could write something super meaningful here to start and build you up to thinking the Canucks will prevail against the Oilers tonight but by the end of the paragraph, I’ll remind you that the Canucks currently have a .391 points percentage and just seeing that in writing is enough to crush the spirits of even the most supportive Benning Bro.
So, look at THIS paragraph, every time I do it makes me laugh. This is what happens when the Canucks lose:
If for nothing else, Canucks, win for the well-being of Tommy.
Let’s Do This!™

Nils gets the star treatment tonight with Elias Pettersson and Brock Boeser. That seems like a fit. It doesn’t have a catchy nickname but if Pettersson was #42 we could call it “Multiples of Six”. I bet that would catch on so quickly. Somehow, Jake Virtanen gets a promotion to Bo Horvat’s line and J.T. Miller is demoted to playing with Brandon Sutter and Adam Gaudette. Fitting I suppose, as there is zero offence coming from those guys overall.
As always, head on over to Dailyfaceoff.com for all the latest roster/lineup updates.

Can We Convince You To Watch This Game?

A win. Any kind will do. I don’t care how it happens. Surprise me. This is getting out of hand.

The PowerGlove™ Player of the Game

This is a tough one. I didn’t have Dominik Kahun on my list last time so we’ll have to really think this one out this time like that argument rebuttal in your head three days after the actual argument.
Is it Myers? No. He scored so he goes to the back of the line like a waiver wire position. Olli Juolevi could be the guy? He’s due for a goal. Nope. Can’t be OJ. Let’s go with Jake Virtanen! He is on Horvat’s line tonight and he needs a goal to impress his future mystery team. The last time Jake scored the milk in my fridge was still fresh. I don’t think it is anymore. I don’t think it is at all.