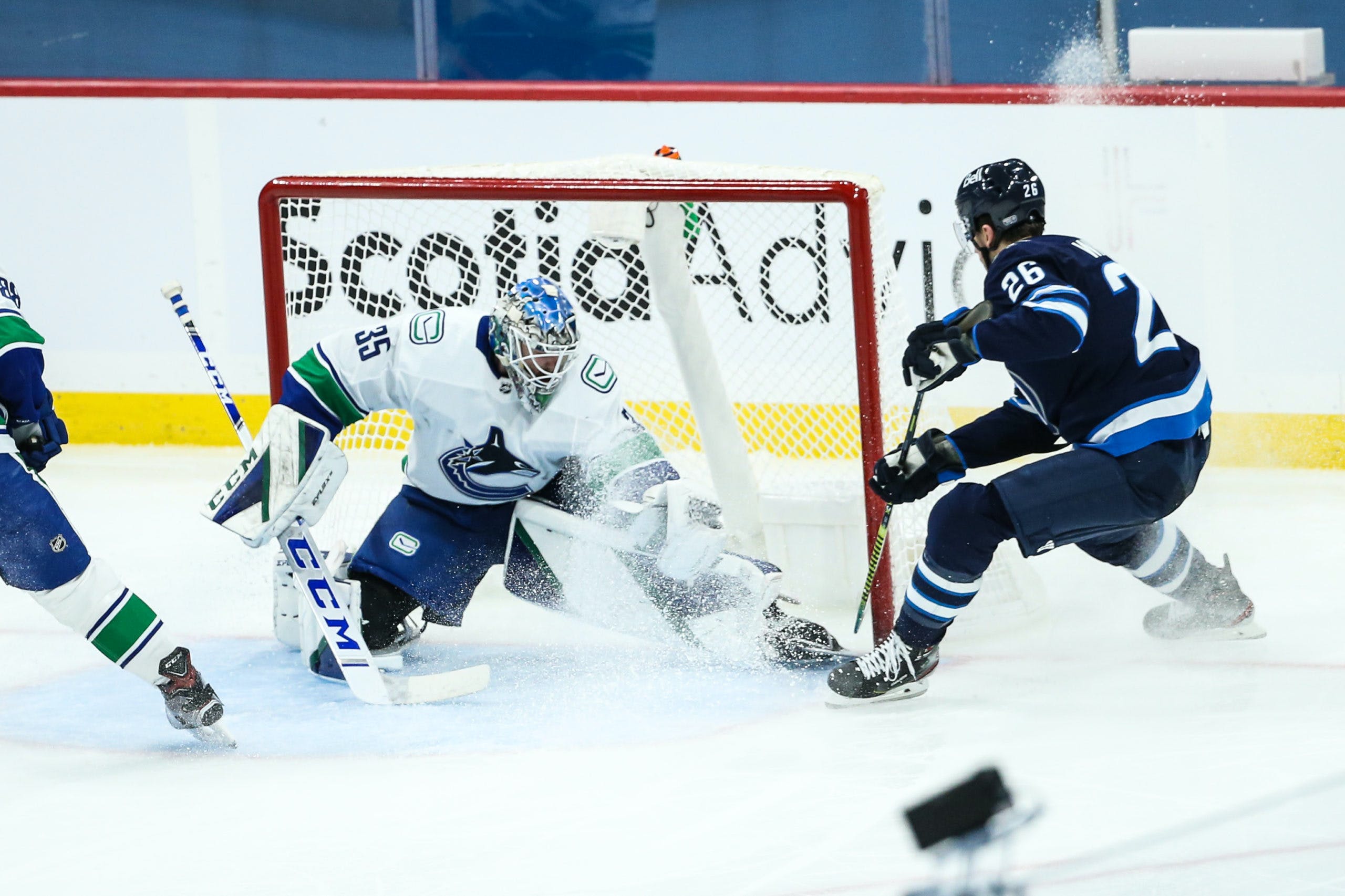 FREEZE FRAME *plays intro to the song freeze frame*. It’s Friday night and the Vancouver Canucks are going to the way back machine and rocking the REVERSE RETROS Y’ALL! The Jets will not participate in the fun but if the jerseys draw inspiration from their early 2000’s predecessors, Winnipeg won’t need to do much to beat Vancouver because the Canucks were horrible in the first version.
In all seriousness, tonight is a big game for the Canucks; a win can put them into the playoff conversation and people will completely forget about the sins that Jim Benning has inflicted on this franchise. Two very valuable points on the line.
Let’s Do This!™

Nothing new on the injury front but after a massive win against the Flames, even if a player like Zack MacEwen SHOULD be in the lineup, it looks like Jake Virtanen is in the marquee until further notice. Something about a trade?
Who gets the net tonight? Braden Holtby after his epic performance or Thatcher Demko, the guy that has upped his game to the point he had consecutive starts this week?
CANUCKS LINES COURTESY OF DAILYFACEOFF.COM:
Pierre-Luc Dubois is on IR. He won’t be in the lineup tonight. Jansen Harkins is in the lineup, though, and the WHL product will have a lot of fans rooting for him from a social distance this evening.
You can bet your bottom dollar that Connor Hellebuyck is starting for the Jets. He’s the Jacob Markstrom of the prairies.
JETS LINES COURTESY OF DAILYFACEOFF.COM:

This may not be the Canucks team we get for the rest of the season but they look like a team right now that has a purpose. Even in the OT loss, they didn’t quit and still earned a point. It’s beyond confusing how they decide to put together 60 minutes of hockey but when has it ever made sense watching this team?
Expect more from Boeser tonight and at some point, Pettersson has to go off for at least one mesmerizing goal.

Goals could be aplenty this evening. Vancouver is starting to put together periods where they look dangerous. They also need to curb those shifts where everything looks like it could implode. With a few extra practices in tow, this team needs to put up or shut up and the Jets are a great start.
Uncategorized
Recent articles from Always90four