CanucksArmy Game Day: Elias Pettersson moved to LTIR, the thrilla from Milla, and winning is fun 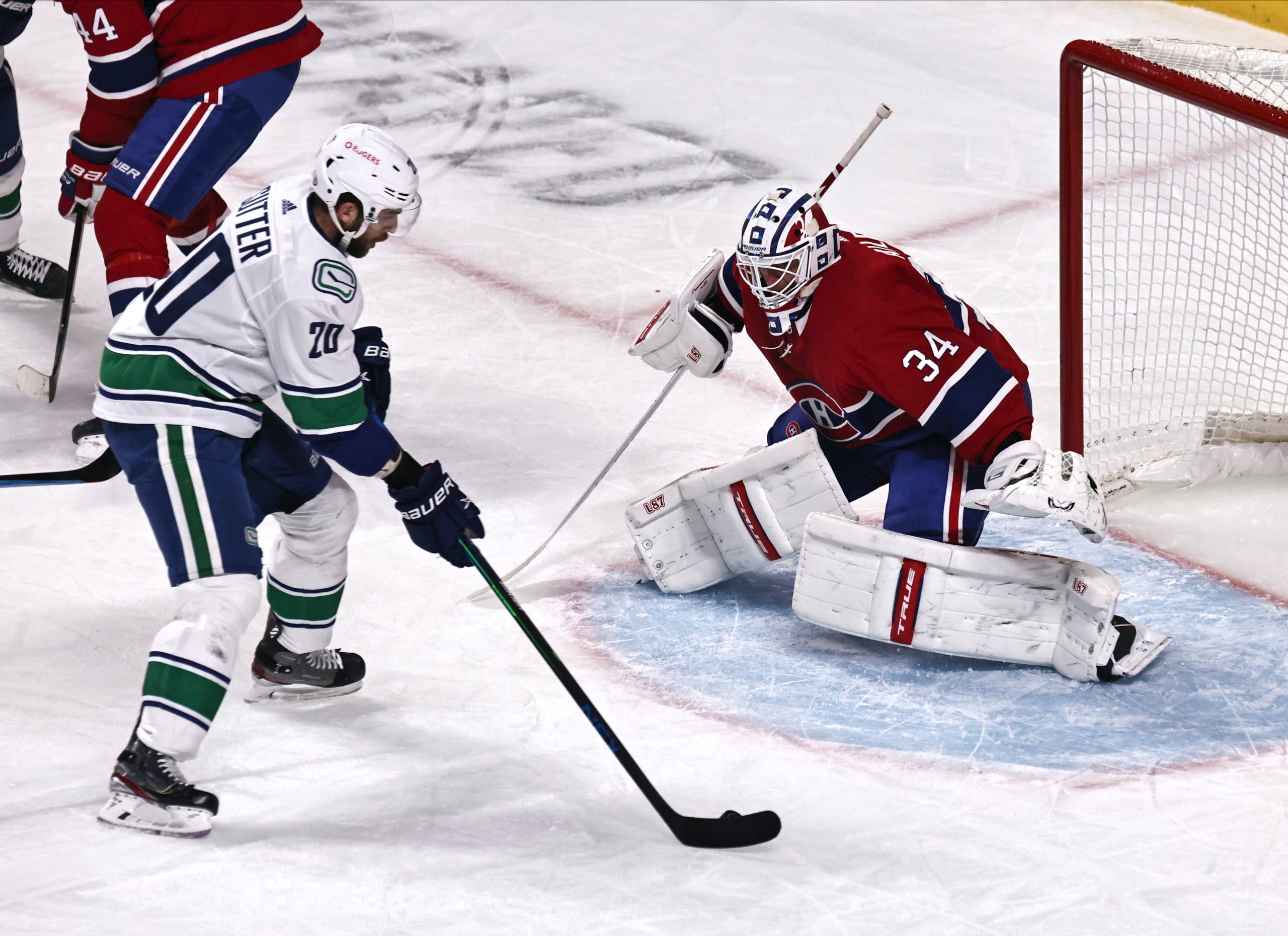 So about those playoffs… (still looking grim)

The Canucks played a convincing game last night in Montreal, one that almost could have been framed. But then they shot themselves in the foot again and allowed their opponent new life and took a team they’re trying to catch in the standings to OT yet again. Sure, they won with a highlight-reel goal from J.T. Miller but it shouldn’t have to be interesting that late in the game.
As the coach in Be A Pro mode will tell you when you’re up a goal: “keep it clean”. The Canucks are having a hard time subscribing to that approach right now and yes, it’s a lot of fun to see them win but it defeats much of the purpose if they allow the team back in the game.
They get another chance to right the ship and take three of four points against the Canadiens but Vancouver needs a statement game and it can’t just be in goal.
Let’s Do This!™

No Time Soon For Pettersson, Too Much Sunscreen Means Canucks Without Tanner As Well

Did I get that right? Did it work? Hopefully, I didn’t miss the mark on that one there.
Elias Pettersson has been moved from the IR wing to the LTIR wing, and won’t be available until March 31, which is after the bye week. Tanner Pearson has taken a huge hit to his trade stock with a lower-body injury that keeps him out for up to four weeks because of course it does. Jimmy Vesey is now slotted in the lineup and he didn’t look that bad in his debut.
Can the Canucks afford to have any more injuries to this already depleted squad?

I made a rule to let this feature go, but last night had a gem and it deserves its day. The tweets won’t be posted here but this sums it up and you need to do your own research:

(500) hockey and winning, J.T. Miller is the first rounder we deserve, Gaudette is hungry, and Demko again