CanucksArmy Game Day: The dogs of Canucks Twitter and the Stanton-Tortorella poop story 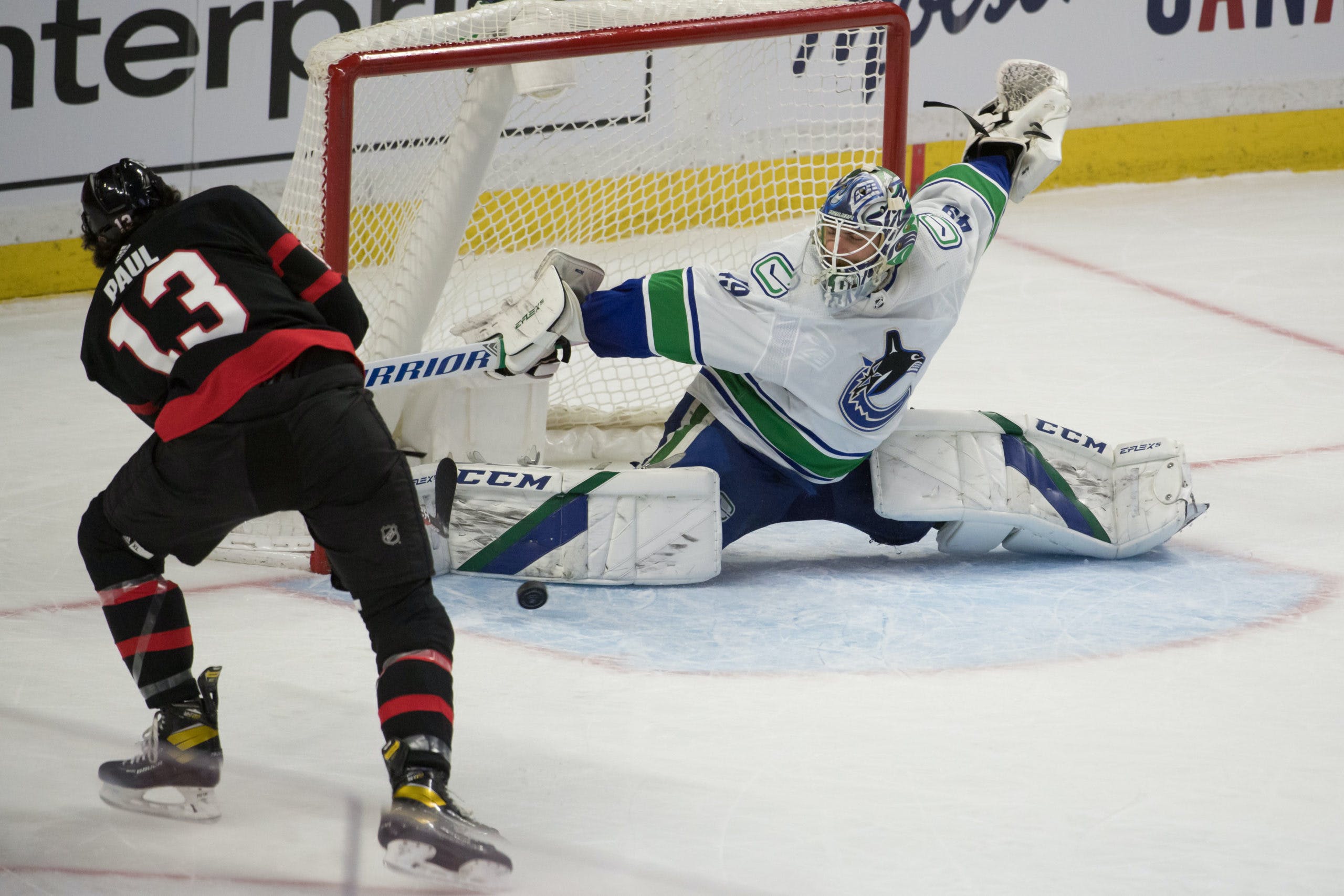 The two losses against the Ottawa Senators have been a real buzzkill and the chance of the Vancouver Canucks making the playoffs is now at a staggering 2.5%. This is not good. Vancouver has done pretty well considering they haven’t had Elias Pettersson for a while now but they might need a boost of energy from a few of their younger players if they’re going to hang around.
Ottawa still hasn’t looked stellar but the Canucks just haven’t been able to figure them out. Not burying either 2 on 1 to start the second period last game wasn’t a good look. It’s tough to say what it will take to beat the Senators but I’ll tell you one thing: if the power play continues to be as predictable as ever, the Canucks aren’t winning a thing.
C’mon Travis, you’re playing for a new contract!
Let’s Do This!™ — only this time, at 2:30 PM!

The cap can’t really be the only reason this lineup is boring, right?

Okay, why is Kole Lind not playing yet? How is Jack Rathbone not at least on the third pairing? Should Loui Eriksson come back and save us again?
This lineup needs an injection of change even if just for a game. The Canucks aren’t going to lose three-straight to the Senators and if a kid like Lind gets a shot, he knows the stakes. Give us something Travis, we beg you!
Elias Pettersson is still not back and there doesn’t seem to be evidence Thatcher Demko is ready to go again.
Yeesh!

I called out last night to ask for your doggo pics and you all CRUSHED it! Unfortunately, if I included everyone’s tweets this post would take an hour to load and would probably crash immediately. Here’s a collage of the group and if there is a double photo or I missed one past my deadline, I personally apologize and maybe we can make this a bigger thing in the future.
From the bottom of my heart, thank you so very much. This was beyond fun and for an hour I had a perma-smile getting to know you through your dogs. Thankfully, if you want to see bigger pics of everyone’s puppers, just go back to this thread.
Uncategorized
Recent articles from Always90four