CanucksArmy Game Day: Depleted, decimated, and disgusted, but here we are 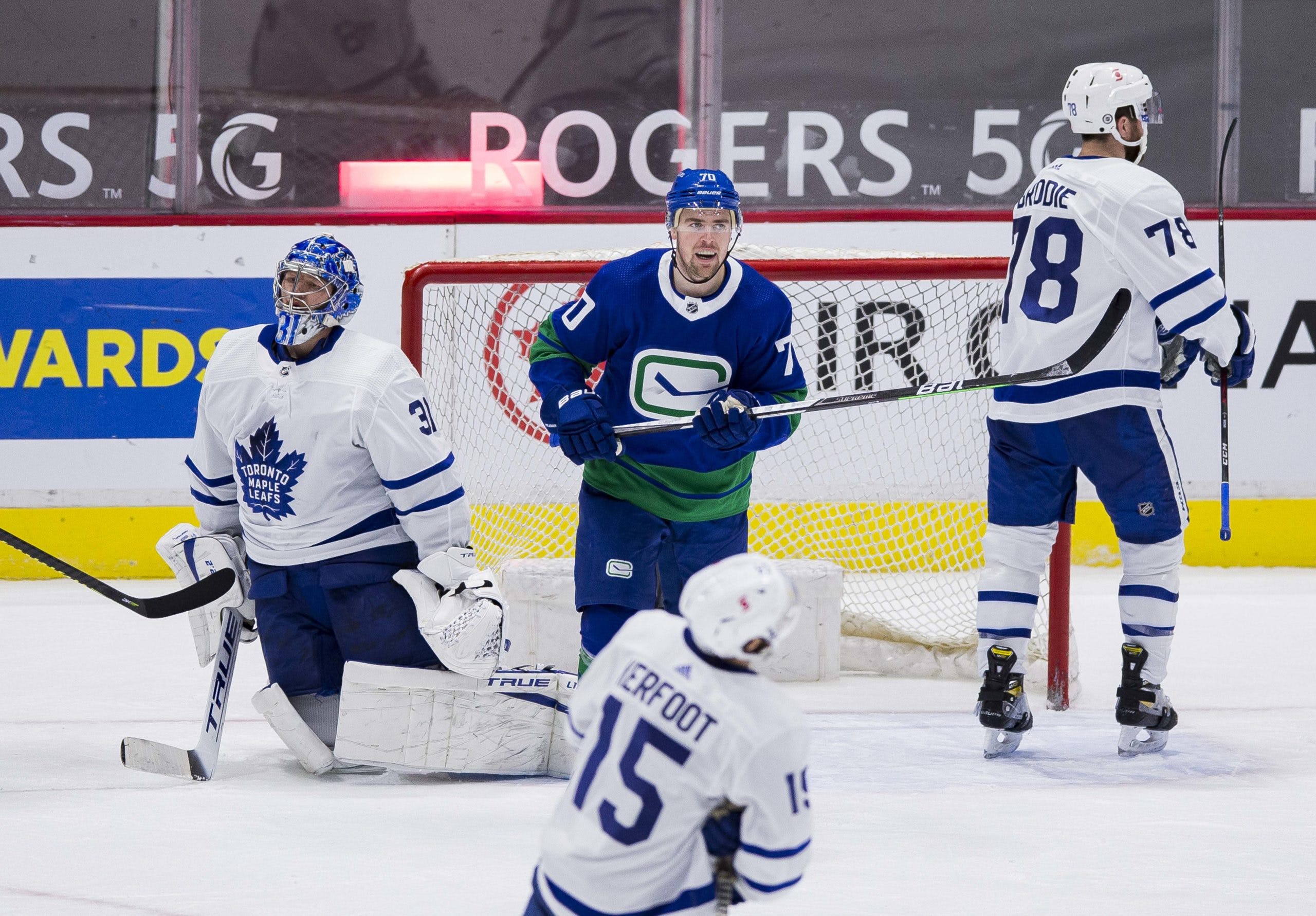 The Canucks are back today after a very long, brutal bout with COVID-19. Despite what many Canucks fans feel, this game will be played with as many “healthy” bodies as possible. There are still a handful of players on the COVID list so the group that takes the ice today will likely be a blend of Comets, Taxi Squad, and actual Canucks.
Not a problem.
The NHL believes that two extra days of rest will put the Canucks in a much better position to play out their season and make a stride towards a final playoff push. Two extra days apparently eliminate the effects of COVID completely. They should probably tell the CDC this, they may want to know.
Hockey has been the least of anyone’s worries in the last few weeks and if you care about people in general, it still should hold true.
There is no reason for the Canucks to play out this season; they have nothing to prove. Sure, the players are hyper-competitive but that’s their nature.
When the season is done for the Canucks, this game will not matter one bit. There’s a bigger issue brewing.
Let’s Do This!™

There will be no Elias Pettersson, likely for the rest of the season as he is scheduled to see another specialist. Quinn Hughes is also still out from what we’re told, and from the reports of Hughes requiring an IV during his fight with COVID, every precaution should be taken.
Thatcher Demko, Olli Juolevi, and Tyler Motte will not be available tonight, per coach Green.
Not sure what to expect on the Leafs side, but they’ll be fine.

This one’s easy: the Canucks as a whole. Coming back from this virus has got to be tough. They’re doing it and coming back to play a team that should have no problems beating the Canucks. It’s going to be a tough task but we’ll be watching. We are all Canucks? You’re damn right we are.