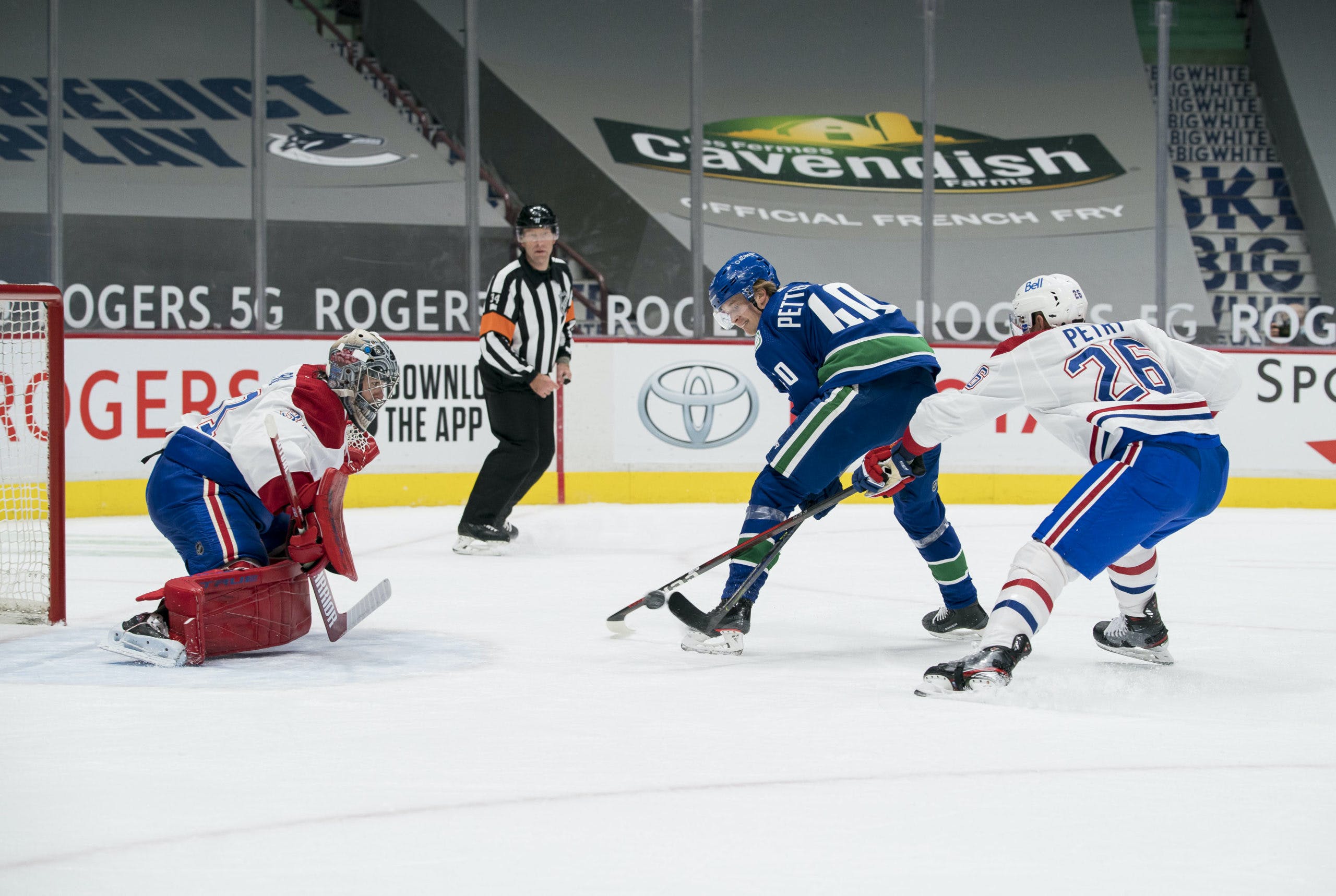 It’s highly unlikely the Canucks and Canadiens repeat the flood of goals from one night ago. Tyler Toffoli making the Canucks cringe with his hat-trick but what’s the bigger concern is how many bodies dropped after the last game due to injury. The power play returned after a lengthy hiatus and just like that, faith was renewed. The Canucks are now riding a one-game win streak.
A little less drama tonight would be ok, but let’s be serious, we’ve craved this for months.
Let’s Do This!™

Alex Edler left the game last night with an upper-body injury and didn’t return. He’ll be a game-time decision. Jalen Chatfield looked decent in his NHL debut and depending on the Edler news, we may also see Olli Juolevi back in. Players were dropping like flies. It wasn’t good.
We mustn’t forget that Jordie Benn has yet to play so maybe hold the phone on the Juolevi idea.
Thatcher Demko will get his next start this evening after Braden Holtby took the net last night.
CANUCKS LINES COURTESY OF DAILYFACEOFF.COM:
No tip of the hat if there are any changes for the Habs. Expect to see the same lineup as last night.
Jake Allen should see the second part of the back-to-back. He looked good against the Oilers the other night; he’ll likely do just fine against the Canucks.
CANADIENS LINES COURTESY OF DAILYFACEOFF.COM:

Not sure where this is coming from but yes, what number?

The power play ended well but it struggled to find its legs. Nils Höglander continues to impress as does Adam Gaudette. The depth has shown up but it will definitely be “live by the sword, die by the sword” for the Lotto Line and Bo.
They need to stop getting so cute with every perfect play. Shoot the freaking puck guys! I don’t want to be that guy but seriously, it’s annoying.

Another goal-fest would be awesome but you play with fire when a team like Montreal can match you one-for-one. It would be wise to keep Tyler Toffoli away from shooting lanes as he seems to still have an accurate shot. Will the Canucks make it two in a row? Depends on who’s healthy.
Uncategorized
Recent articles from Always90four