The Vancouver Canucks have been the worst team in the NHL, and a series loss to the Senators may bring a dagger 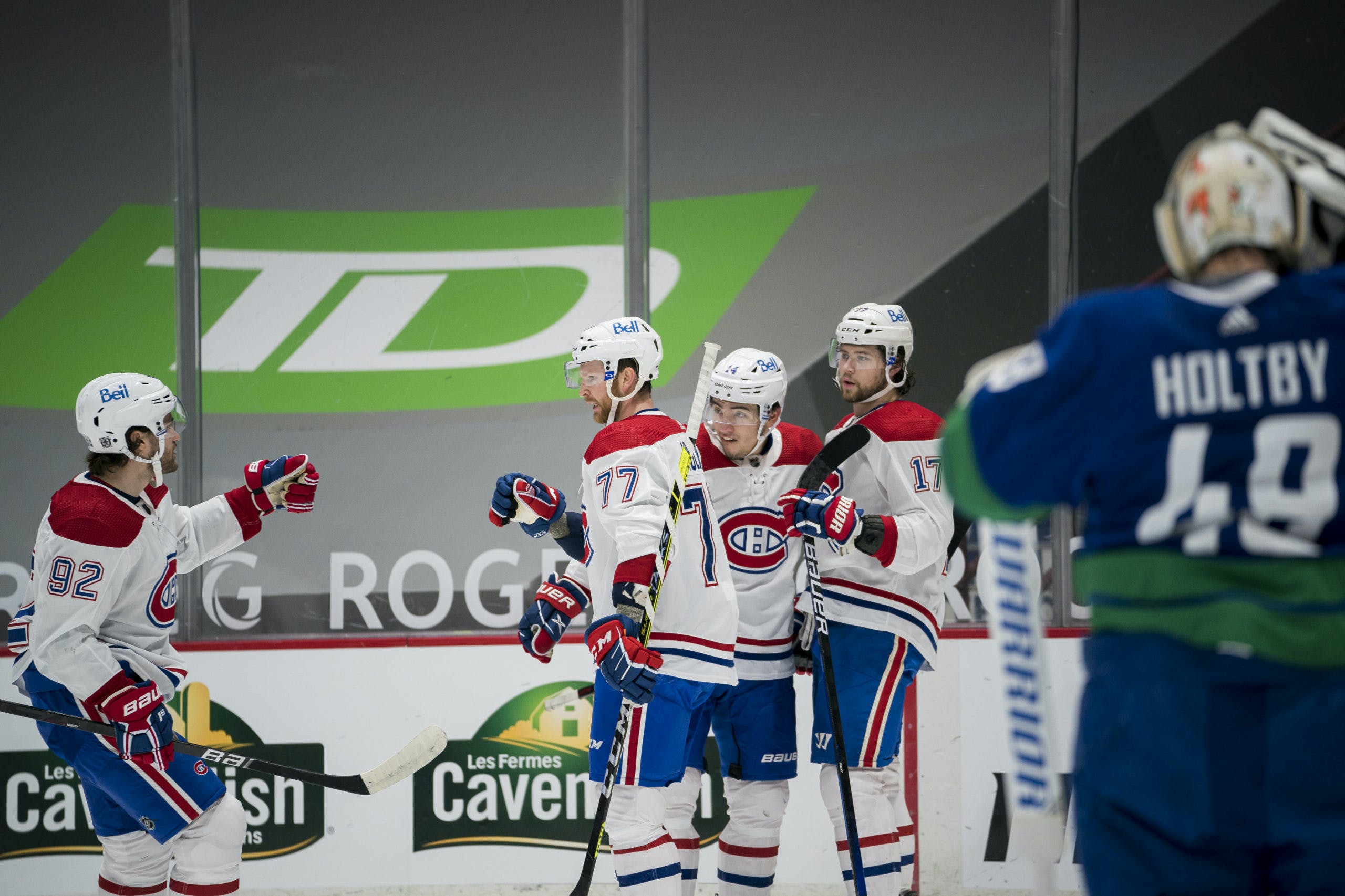 By Faber
2 years ago
It’s seven games into the Vancouver Canucks’ 2021 season and the sky is falling.
On the heels of a 5-2 loss to the Montreal Canadiens, the Canucks are now 2-5-0 this season.
They are now an eighth of the way through the regular season, the equivalent of being 10 games into a regular 82 game season.
The top players aren’t scoring, the defence is giving up too many odd-man rushes, and with those things, the team is losing.
There’s not one part of the ice to put all the blame on but there is one glaring certainty and that is that the Canucks are giving up too many scoring chances.
In each game this season the Canucks have given up at least 30 scoring chances and are averaging more than three high danger goals against per game.
The Canucks have played more games than any other team in the NHL. Looking at their recent performances, this team needs a practice perhaps more than ever before.
With so many games in such a short span, the first seven games could have gone two ways. They could have come together and benefited from the schedule but instead, they have turned out some horrendous outings. A bevy of advanced statistics will tell you that this has been the worst team in the league in the early stages of this NHL season.
At 5-on-5, the Canucks only have three players with a positive control of the goal share: Elias Pettersson (6-5), Jake Virtanen (3-2), and Jordie Benn (1-0).
They are giving up the most scoring chances against at 5-on-5 with a 32.54 SCA/60.
They are giving up the most goals against in the league with a 4.66 GA/60.
They are giving up the most shots against in the league with 36 SA/60.
They have been the worst team in the league so far this season.
The Ottawa Senators will be in town for a three-game set that begins on Monday and will be followed by back-to-back games on Wednesday and Thursday. The Sens have been projected by a large majority to be the worst team in the Canadian division, but so far, the Canucks have played the part. The Sens have been battling in each of their games this season, and have looked better than expected so far and should ride that confidence train all the way into Vancouver.
This isn’t going to be an easy series for the Canucks. They will be tested and will need to be better. The Canucks need to win two of the three games against the Senators or they will have a tough uphill battle to push for a playoff spot in this North Division.
It’s going to have to start with the horrendously timed giveaways and bad decisions by the defence core. From top to bottom, the defence has not been good enough. The forwards aren’t helping much in the offensive zone but it needs to start from the defence. They are taking a beating on the back end and whether it’s a lack of confidence or just a run of ill-timed bad luck, something needs to change.
Travis Green said that his team has not just been giving up scoring chances but they have been “gift-wrapping goals” for their opponents. He’s bang on, as the Canucks have given up 22 goals from the high danger area of the ice through seven games. They are giving their opponents so many opportunities to score that it makes you feel like some defencemen have a prop bet on Nikita Tryamkin playing in Vancouver this season.

The on-ice needs to change but could the problem be stemming from higher up?

Is Travis Green to blame for his team’s effort level early in the season?

Probably to a degree, but he is consistently playing a tough hand in a high-stakes poker game. His best players aren’t going out and single-handedly winning games like we have seen them do in the past. The questions can be asked about Green but I don’t think the blame should be primarily put on him. He will not be the fall guy if this team continues to falter.

What about Jim Benning?

Jim Benning was given control of this team in May of 2014. With that amount of runway to develop and put together the team he desires, the bulk of the blame should be in his direction. Once again “Fire Benning” was trending across Canada and many fans have gotten to the end of their top with the General Manager of this team.
The players need to accept some of the blame here too, they simply have not been good enough. There have been mistakes in decision making, lack of effort and inability from the top players to come through in the clutch when their team needs them.
From top to bottom, this organization is in a slump.
They need to break that slump over the next five days.
This upcoming three-game series against the Senators can go well or it can go extremely bad for the Canucks. It’s a weird year with the pandemic and current financial situation of owning an NHL team, but I would not be shocked to see team owner Francesco Aquilini make a change in his management group if the Canucks continue to struggle.
This team needs to win this upcoming series against the Ottawa Senators or else dominos could begin to fall.
Uncategorized
Recent articles from Faber