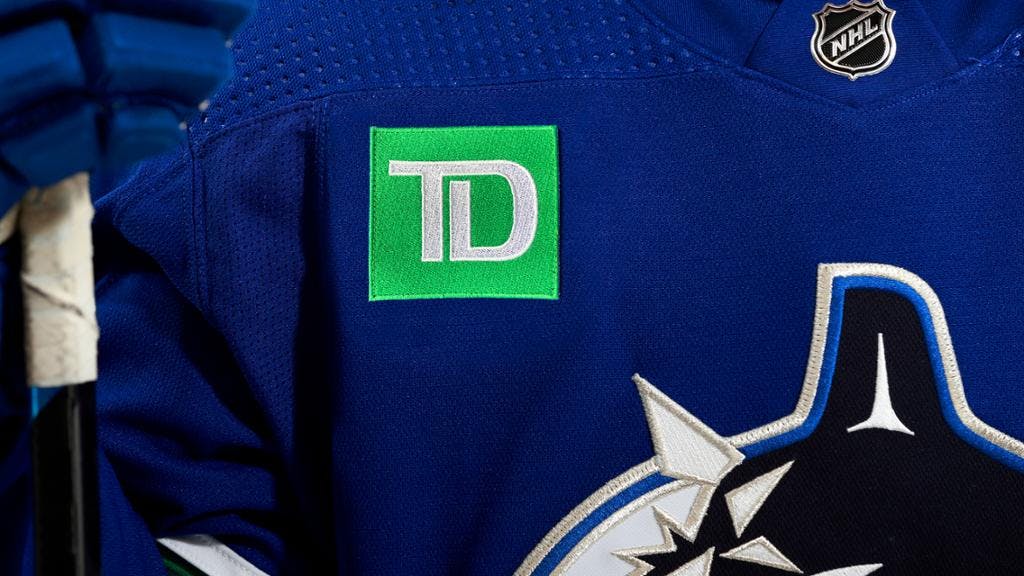 By David Quadrelli
3 months ago
Ahead of their home opener on Saturday night, the Vancouver Canucks announced a multi-year partnership that will see TD Bank Group serve as their home jersey patch sponsor this upcoming season.
“We are extremely proud to have TD as our new home jersey partner this season,” said Michael Doyle, President, Canucks Sports & Entertainment, Business Operations. “This new chapter in our sponsorship further solidifies the significant relationship between our two great brands. When considering our jersey partner, it was important to us that we team up with an organization that shares our values and is invested in the community. This marks an exciting time in the sponsorship between Canucks Sports & Entertainment and TD.”
TD is also the presenting sponsor of signature Canucks events and initiatives like the Canucks for Kids Telethon, the Vancouver Canucks Alumni Association, and several community and theme nights
Further today’s news, the Canucks are still working on finding a jersey patch sponsor for their away jerseys this season, a club spokesperson told CanucksArmy.
It’s not clear at this time whether the TD patch will be featured on the club’s alternate jerseys, namely the newly released Reverse Retros, which feature numbers in the upper left corner; but this line from the Canucks’ release suggests that will indeed be the case:
“In addition to Canucks practice jerseys, the green TD logo will be incorporated seamlessly into the Canucks’ game uniform, displayed as a standardized patch on the upper right chest area of Vancouver’s jerseys for all home games”
TD served as the Canucks’ helmet sponsors last season, but that spot was filled by NexGen Energy, who also signed a multi-year deal with the club.
News
Recent articles from David Quadrelli