Canucks’ Tucker Poolman exits Saturday vs. Flyers, will not return 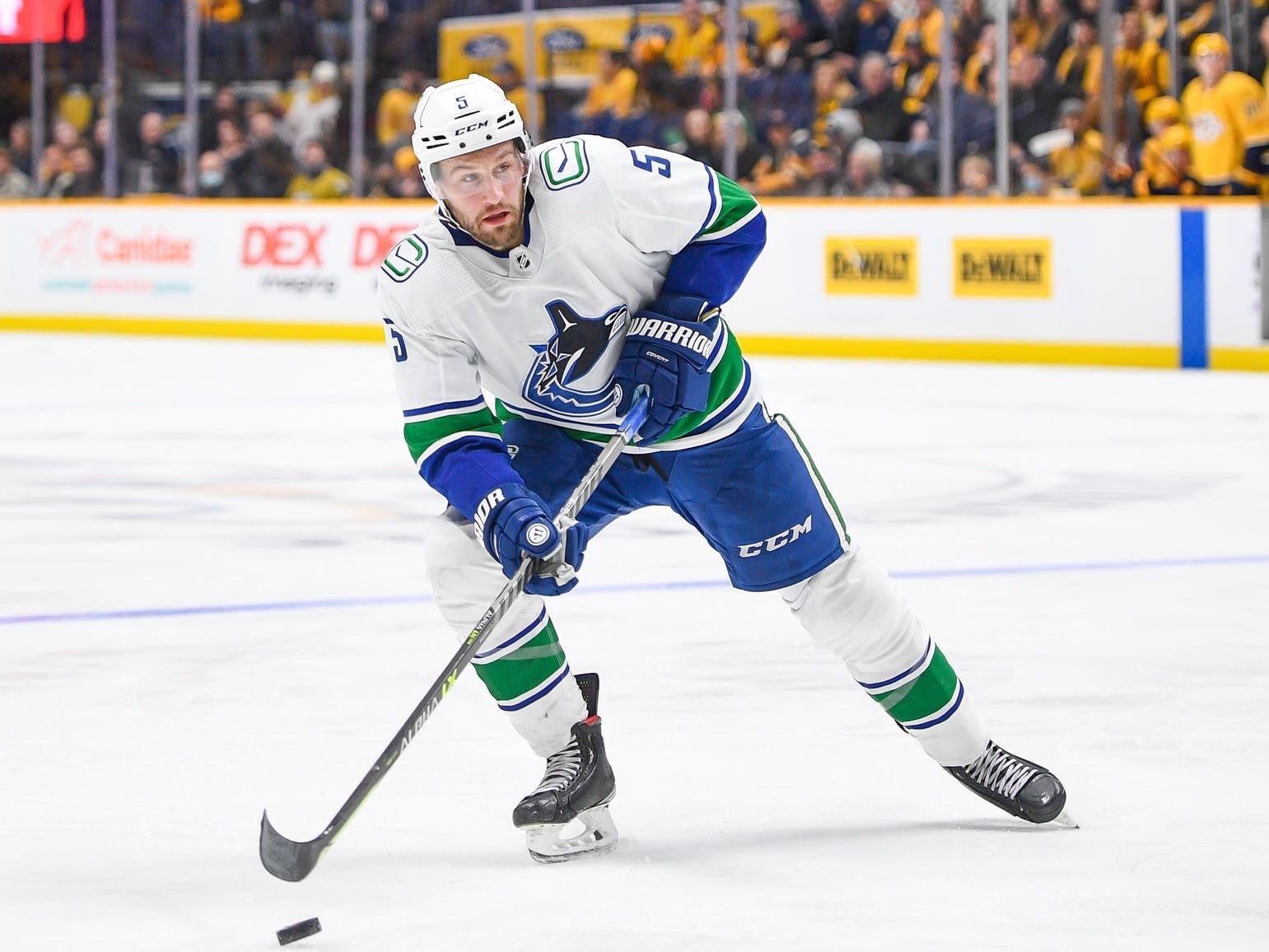 By David Quadrelli
1 month ago
The Vancouver Canucks’ blueline just took another hit.
Already playing without defencemen Tyler Myers and Travis Dermott, the Canucks are now without Tucker Poolman.
Poolman left Saturday afternoon’s game against the Philadelphia Flyers with an undisclosed injury after logging just over six minutes of ice time.
Early in the second period, the Canucks announced that Poolman would not return.
It’s concerning any time a player exits a game with injury, but there’s certainly added concern due to Poolman’s recent injury history.
Poolman is in the second year of a four-year contract with the Canucks, and missed much of last season while dealing with migraines and headaches.
More to come.
News
Recent articles from David Quadrelli