Deep dive: Canucks’ selection of Danila Klimovich at 41 is a huge swing 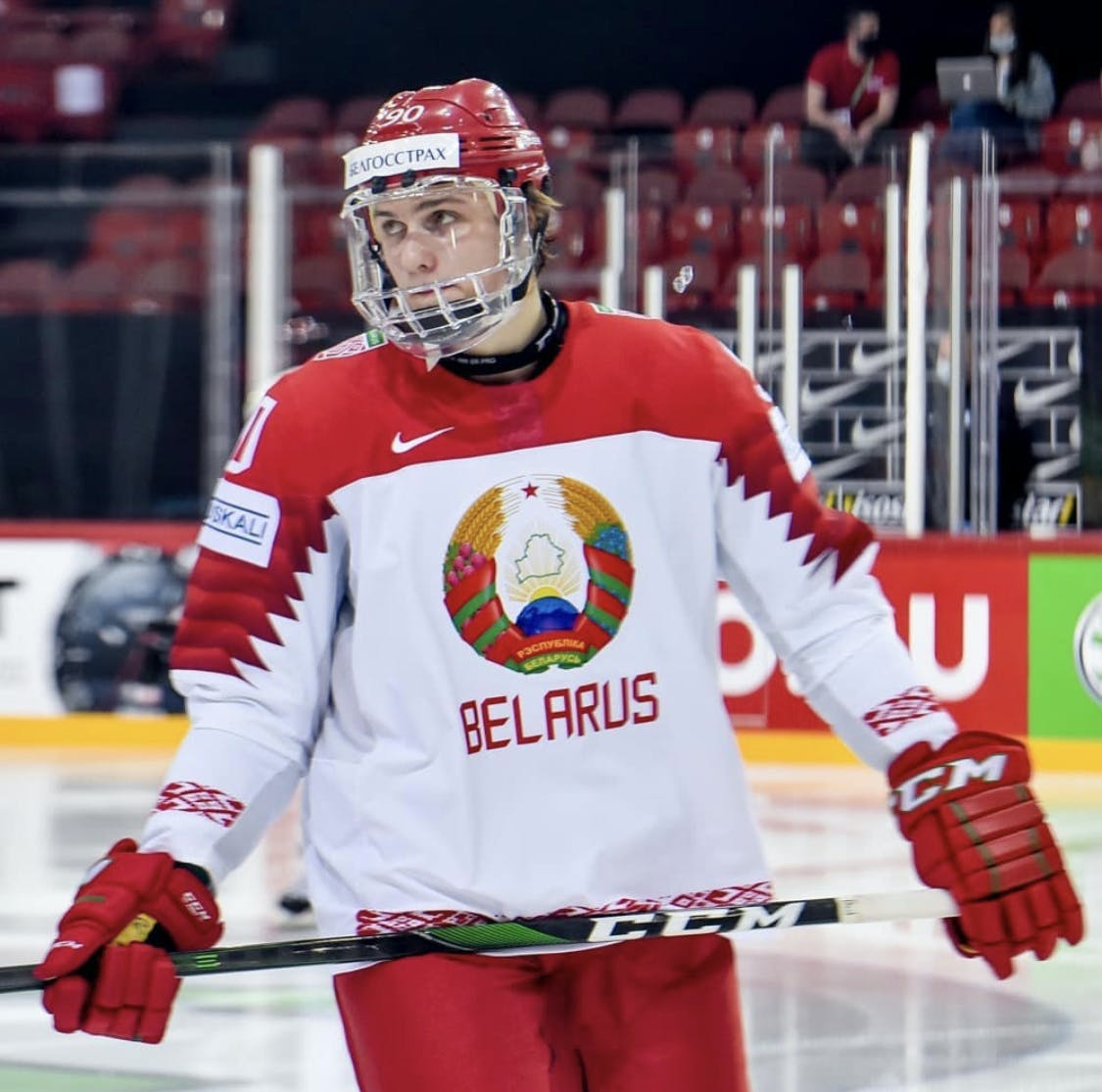 By Faber
1 year ago
The Vancouver Canucks went off the board with their second-round pick and took a massive swing on the potential of Belarrusian forward Danila Klimovich.
Klimovich flew up draft boards after his performance at the U18s, where he scored six goals in five games for Belarus. He also competed with Belarus at the World Championships and scored at a high rate in Belarus’ second division.
The best part of his game is without a doubt his wrist shot. The part of his shot that should excite Canucks fans is his ability to fire it from a variety of positions. He can drag it in tight to his body to avoid defenders and still gets his shot off with a lot of power if the shot comes from in tight or further away from his body.

He is a pure goal scorer who requires volume shooting to be at his best. He can shoot from both sides of the ice and was a staple on the left side of the power play on every team that he played with last year. There are some questions about his skating stride but his effort level is a big reason why he is a scorer worth spending a second-round pick on.
It seems like the skating can improve with some work on his stride technique and he hasn’t been around top-tier coaching yet.
Klimovich can come to the QMJHL next season to play with the Rouyn-Noranda Huskies and it sounds like that will be the plan, as reported by Thomas Drance of The Athletic.

Klimovich is physical and tough to play against in the corners. He uses his big body and recent reports have him at 6’2″ and well over 200 pounds. His explosiveness in his first three steps is impressive for a player of his thickness. He has strong legs that help him get up to full speed very quickly.
His physicality is something that is underrated in his game. Klimovich is a player who can get emotional on the ice and when he is engaged, he can flip a switch and quickly become a mean player on the ice who enjoys punishing opponents in the corners and in open ice. It’s hard to judge his level of physicality because of the weak Belarusian second league that he played in, but that being said, these are grown men that he was consistently knocking down to the ice on his forechecks.
The effort level is something I mentioned earlier and want to double back on. The Canucks have been drafting this type of player for a couple of years now. Klimovich rarely takes a shift off and though he may disengage in the defensive zone at times, when the puck is in his area of the ice, he is on it like me on Arby’s loaded curly fries.
One of the knocks on his game is his passing. Once he is in the offensive zone it’s impressive, but there were a lot of bad passes out of his own zone during his time in the Belarrusian league. He rushes passes at times when he is looking to break out of his own zone and hopefully, this is something that he can clean up as he comes over to the QMJHL and gets better coaching.
Klimovich will likely play two seasons in the QMJHL before making the jump to Abbotsford and joining the AHL team. His body looks ready for pro hockey but a couple of years in the CHL will give him a chance to round out some weaknesses in his game and get some of the best coaching and training in the world.
From the looks of his social media, Klimovich uses English a lot and will be able to come to North America without a problem.
In the end, the Canucks got themselves a strong scorer who will only improve with the better coaching and competition in the CHL. A team was going to take a risk on Klimovich in the second round. The Canucks stepped up and took that homerun swing at #41.
This is a big swing on a player whose ceiling was one of the highest left in the draft when the Canucks made their second-round selection.
We will follow Klimovich’s move to the QMJHL next season and are excited to see what he can do in North America.
There will be plenty more on Danila Klimovich in the coming weeks here at CanucksArmy as we get into the video room and break down every shift of his past year.
Uncategorized
Recent articles from Faber