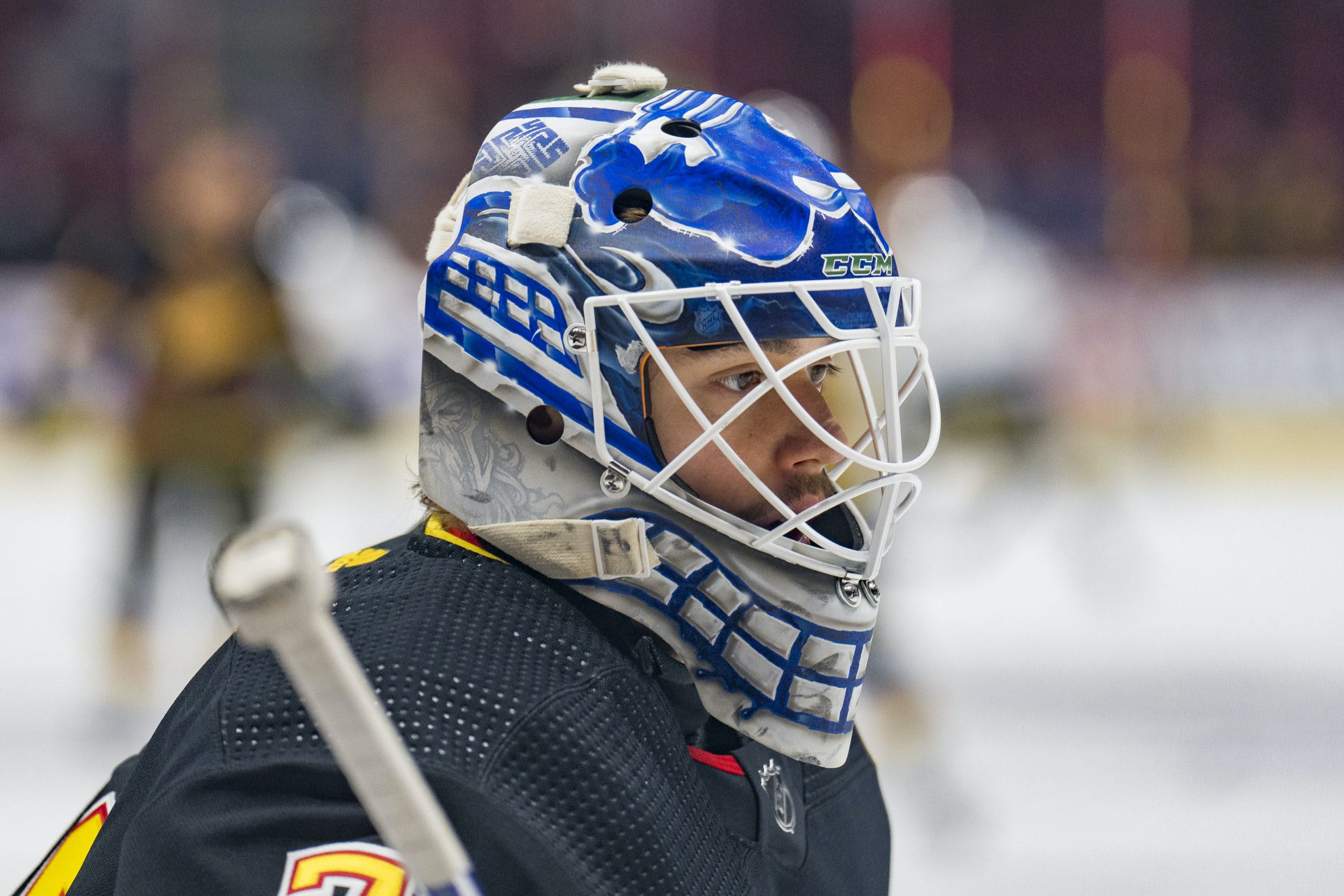 By David Quadrelli
1 month ago
The Vancouver Canucks made a trio of transactions early Monday morning.
GM Patrik Allvin announced that defenceman Travis Dermott has been assigned to the Abbotsford Canucks on an LTI conditioning loan. Goaltender Collin Delia has been returned to Abbotsford and goaltender Arturs Silovs has been recalled from Abbotsford under emergency conditions.
Let’s break these down. First, Travis Dermott.
Dermott was injured early on in the season when he left a Canucks practice after taking a bump and feeling woozy.
Dermott hasn’t appeared in a regular season game this year after the Canucks traded for him at least year’s deadline.
He’s been practicing with the team for the last few weeks, and is now heading down to Abbotsford to get some game action before attempting to return to the NHL lineup.
As for Collin Delia, his wife recently had a baby, so he won’t be with the team for the next little bit.
The Canucks’ schedule has been fairly light since Thatcher Demko went down with a lower body injury, meaning Spencer Martin has gotten the bulk of the starts. Delia has made one relief appearance since being recalled from Abbotsford. He made 15 saves on 17 shots through 43 minutes of play in that game.
Arturs Silovs has been recalled on emergency conditions to serve as backup in Delia’s place.
The 21-year-old Silovs has an .887 save percentage through 17 games with Abbotsford this season. The Canucks have a back to back coming up on Thursday and Friday this week, so it will be interesting to see if Delia is back in time for that, or if the Canucks will have to decide on Martin starting back to back games.
News
Recent articles from David Quadrelli