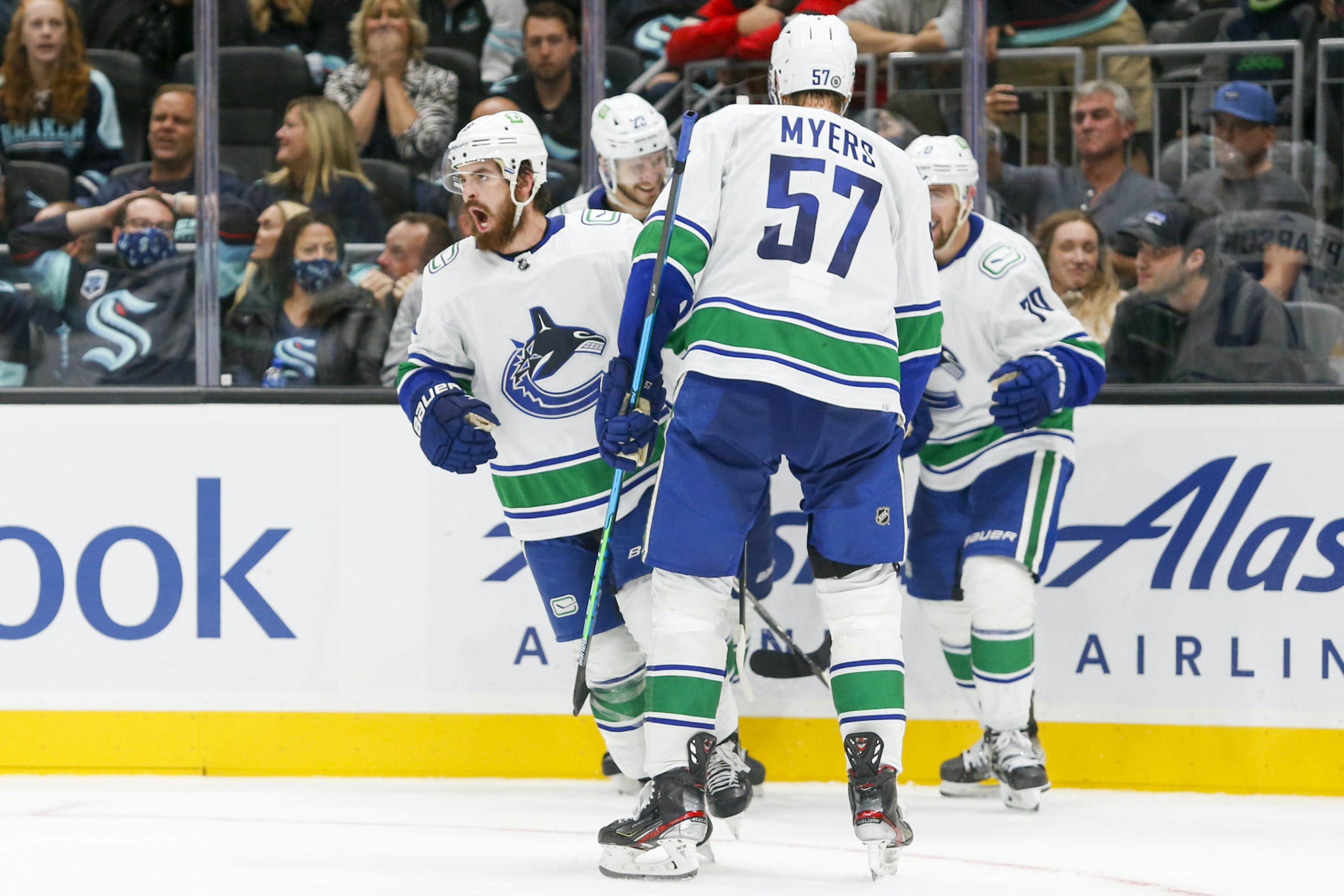 By Lachlan Irvine
1 month ago
In the lead-up to Saturday’s tilt between the Canucks and Coyotes, plenty of questions surrounded Bruce Boudreau’s move to scratch Brock Boeser on Hockey Fights Cancer night. And just a few hours before the puck dropped, Sportsnet’s Elliotte Friedman added a crucial new wrinkle to the proceedings.
Boeser, his agent Ben Hankinson, and the Canucks have refused to comment on Friedman’s reporting thus far, but it doesn’t take a detective to see that the bridge between the two sides is currently burning. Reports are quickly coming out about the potential trade package the Canucks would be looking for, and it isn’t pretty.
On the surface, it makes sense that Boeser’s value is at an all-time low. Injury issues, struggles defensively, and just four goals from a player the team has advertised as their sniper of the future since 2016 will do that.
At this point, the Canucks seem prepared to sell Boeser to the highest bidder, regardless of how low that bid turns out to be. But the Canucks seem unwilling to put him in on-ice situations that could improve his value, a mirror image to the way the last regime handled such issues.
Decisions like scratching Boeser after back-to-back losses to wake up the locker room only serve to drive his stock down. If the Canucks want any sort of reasonable package for a player of his potential, sticking Boeser on a third line centred by Sheldon Dries isn’t going to cut it.
The same thing goes for a number of the names currently on the trading block. Conor Garland’s production has slipped dramatically from last season, as has his average ice time. Oliver Ekman-Larsson and Tyler Myers are becoming increasingly large liabilities as consistently heavy minutes catch up with them.
For general manager Patrik Allvin to sell another team on any of these players, he’ll need to work directly alongside the Canucks’ coaching staff to showcase each player in situations that’ll improve their standing within the league market.
That plan already seems to be underway, after Boeser skated on a line with Elias Pettersson and Ilya Mikheyev ahead of tonight’s game with the Montreal Canadiens. Boeser needs more opportunities on the first power play unit to help boost his point totals and more minutes allocated to bringing up his possession metrics, both situations he would find in due time next to Pettersson.
If Boeser can re-find the chemistry with Pettersson that made their first pair of seasons together so magical, it would go an extremely long way toward attracting potential suitors. But if that spark is reignited, it’ll be extremely crucial for Allvin and president Jim Rutherford to stick to the rumoured game plan and not buy into any sudden point streaks.
The Canucks have continuously struggled to avoid false senses of security over the last decade. And on the first anniversary of the team firing former GM Jim Benning, the current team looks practically identical to the one Rutherford, Allvin and Bruce Boudreau inherited, largely thanks to a surprise second-half turnaround that got them within a few points of a playoff spot.
Despite months of promises from management that they wouldn’t let a streak influence their final decisions on the roster, they appear to have done exactly that. They promptly signed 99-point getter J.T. Miller to a massive extension, despite all signs pointing to a trade market for him that would never be more lucrative, and used all their leftover cap making “win now” moves.
This time, the writing on the wall couldn’t be more crystal clear. The Canucks are coming to grips with the fact that this team can’t reach heights any farther, and they need to give players like Brock Boeser a chance to move on to greener pastures in order to kickstart a well-thought-out rebuild.
But unless the Canucks’ coaching staff and front office are firmly on the same page, and tradeable assets are put in positions to properly succeed, the wheels will continue to spin out from underneath them. And once they do solve the communication problems between the two sides, they’ll all need to make absolutely sure of one thing; sudden fool’s gold on the ice isn’t going to make them Stanley Cup rich.
Editorials
Recent articles from Lachlan Irvine