Canucks game day: Travis Green’s intense practice after loss to Buffalo should be a wake up call 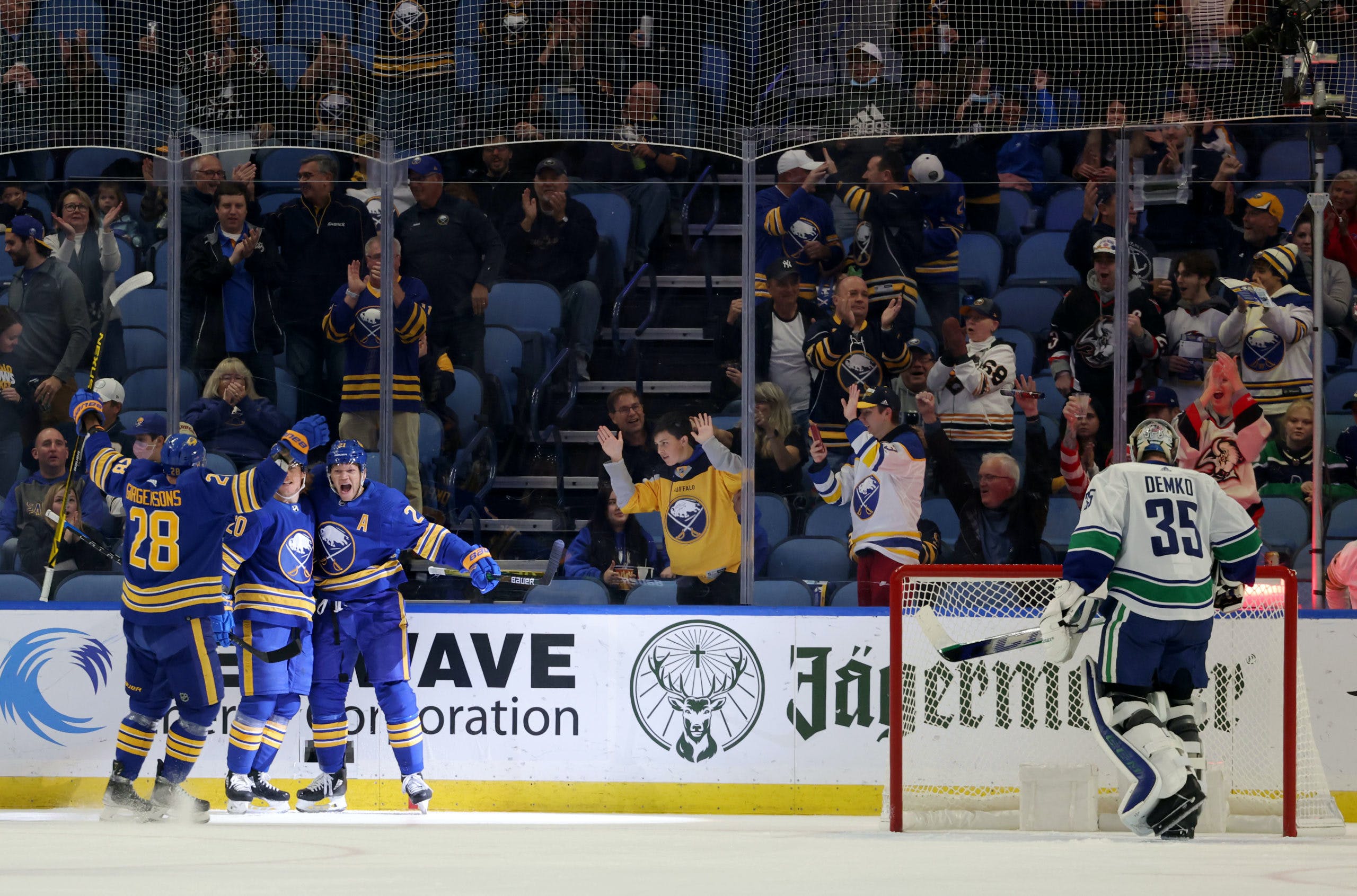 By David Quadrelli
1 year ago
Another Canucks game day has arrived, and once again, it’s a Canucks game day in which the team will not hold a morning skate.
That means our game day coverage, which usually features line rushes from morning skate, player quotes, and lineup notes from head coach Travis Green, is instead going to feature us picking a topic and discussing it.
The other day, it was Vasily Podkolzin’s third period benching, and today, it’s the practice the Canucks held yesterday in Chicago.
It wasn’t a “normal” practice by any means.
It was a practice that resembled the compete level seen in those held during training camp when jobs are on the line and nobody is willing to give an inch.
Yesterday’s practice featured a length-wide power skate — calling it a “bag skate” would be a bit disingenuous — and some intense drills.
And for the “losers” of those drills?
The classic ice climbers conditioning punishment.
Tuesday’s loss, along with this gruelling practice, needs to serve as a wake-up call.
Travis Green needs to get his players going, and this might be the best way to do it. It certainly seems like the message was received loud and clear.
“That was probably our worst game as a team to start and it’s unacceptable,” said Bo Horvat after practice. “We watched video on it today and realize that we can’t be playing like that in order to win. We came out, had a hard practice — a good one — and we’re going to be ready to go tomorrow.”
Everyone is ready to leave last year as far out of mind as possible but there’s certainly value in remembering just how hard it was for the Canucks to find their footing and catch up in the standings after stumbling out of the gate.
There’s no time for a slow start this season.
Not with everything the Canucks did last offseason to improve their team. This is their team, and it’s now or never. If Tuesday’s performance against Buffalo was any indication of where this team is currently at, heads are going to roll.
“I think you can feel that there’s a little bit of an air of intensity around the room right now. A lot of guys are pissed off at themselves,” said Jason Dickinson. “And that’s where it should be right now.”
The Canucks need to bounce back in a big way against Chicago tonight, and everyone in that locker room knows it.
“One game is fine,” added Dickinson. “It’s not acceptable, but it’s fine. It’s how we respond to the next one. It’s how we respond to practice and video the next day. The right attitude and the ability to accept it and learn from it.”
Travis Green couldn’t provide an update on Quinn Hughes after practice yesterday, so the Canucks will once again be “hopeful” that Hughes can go tonight.
Puck drop is at 5:30 PM Pacific from the United Center in Chicago.
Uncategorized
Recent articles from David Quadrelli