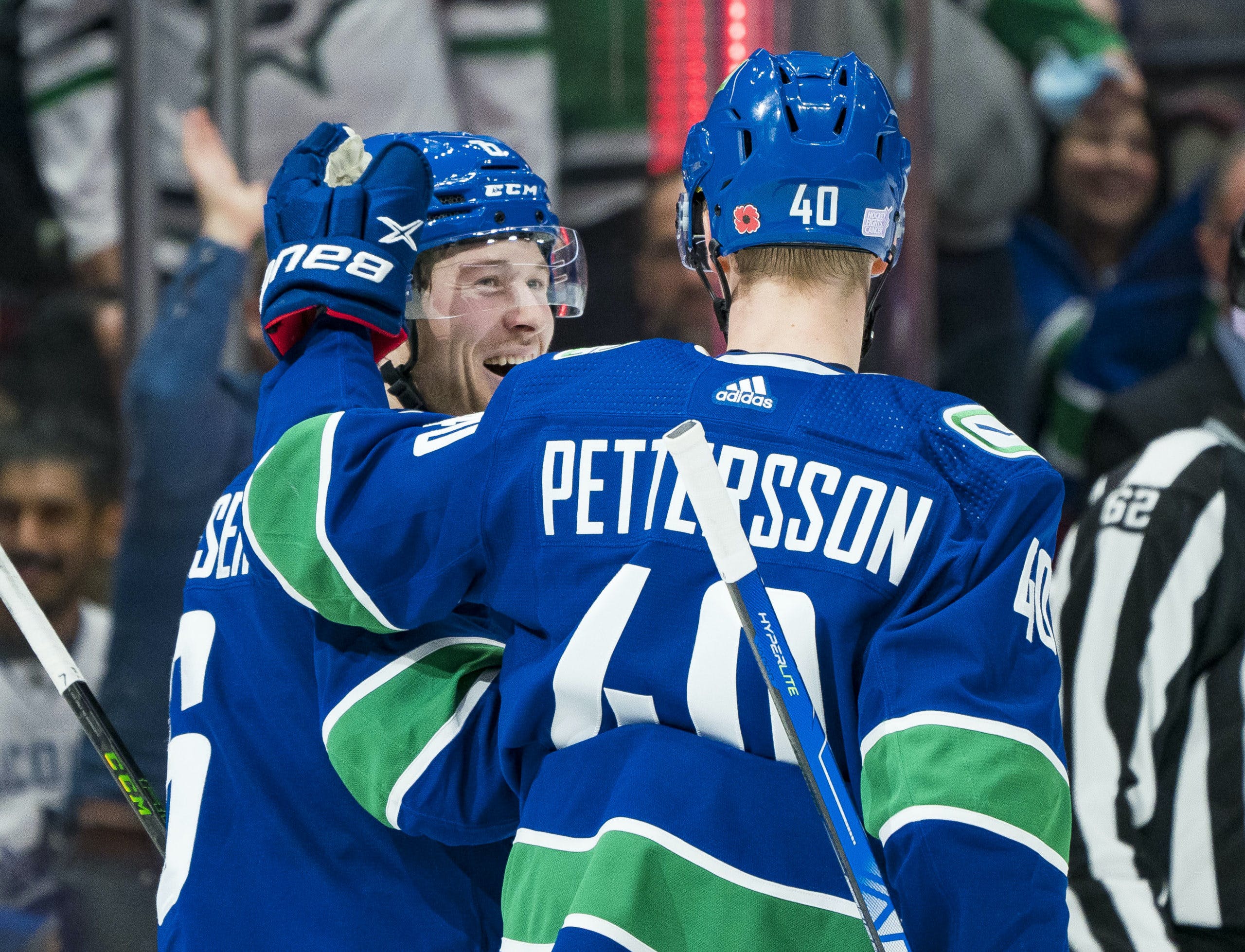 By David Quadrelli
10 months ago
It’s no secret that the Canucks’ upcoming southeastern road trip will be one of their greatest tests of the season.
The trip is littered with quality opponents, the first of which the Canucks will face off against tonight in the form of the 23-7-5 Florida Panthers.
“I’d like to see how we do against teams of this calibre in their building, quite frankly,” said head coach Bruce Boudreau. “It’s been a long time since we’ve played and we have played some good teams in this stretch here, but I don’t think any of the calibre that we’re going to meet in the next seven games. To me, it’s seeing how we come out of this. It’s going to be very important for us.”
Thatcher Demko will start in goal for the Canucks.

This is how the Canucks lined up at practice on Monday, with Elias Pettersson, Brock Boeser, and Jason Dickinson all returning from COVID-19 protocol.

Yesterday, Boeser outlined his “confusing and frustrating” time in quarantine that was unexpectedly extended due to a miscommunication by the Canucks and the Canadian federal government.
Boeser also added, however, that he’s still feeling confident as ever. The sharpshooting Boeser has five goals through six games of the Bruce Boudreau era, but hasn’t played since December 16th.
“I still have that feeling like I can score any game and that’s a great feeling,” said Boeser. “Even in practice, I still feel like I have that confidence and that swagger again… I’m probably a little out of shape compared to the guys, I know they had a hard week of practice. It just comes down to simplifying my game, having short shifts, and really focusing on shooting the puck and working as hard as I can.”
“I think if I do that I’ll slowly start to feel better and better and hopefully I can continue to contribute to this team and help us win hockey games.”
You can read that story in full here.
Justin Dowling and Phil Di Giuseppe remain in COVID protocol.
Elias Pettersson also returns to the Canucks lineup and was only out for five days. He had no symptoms and said he felt “completely normal” when he spoke to media yesterday about his time in isolation.
“This is going to be a huge road trip for us,” added captain Bo Horvat. “We’re playing some really good hockey teams. A lot of these guys are at the top of the league right now, so we got our work cut out for us — but no better way to attempt to challenge ourselves and see where we’re at than on this road trip here, so we got to be ready to go every single night.”
Puck drop is at 4 PM Pacific from FLA Live Arena in Sunrise, Florida.
Uncategorized
Recent articles from David Quadrelli