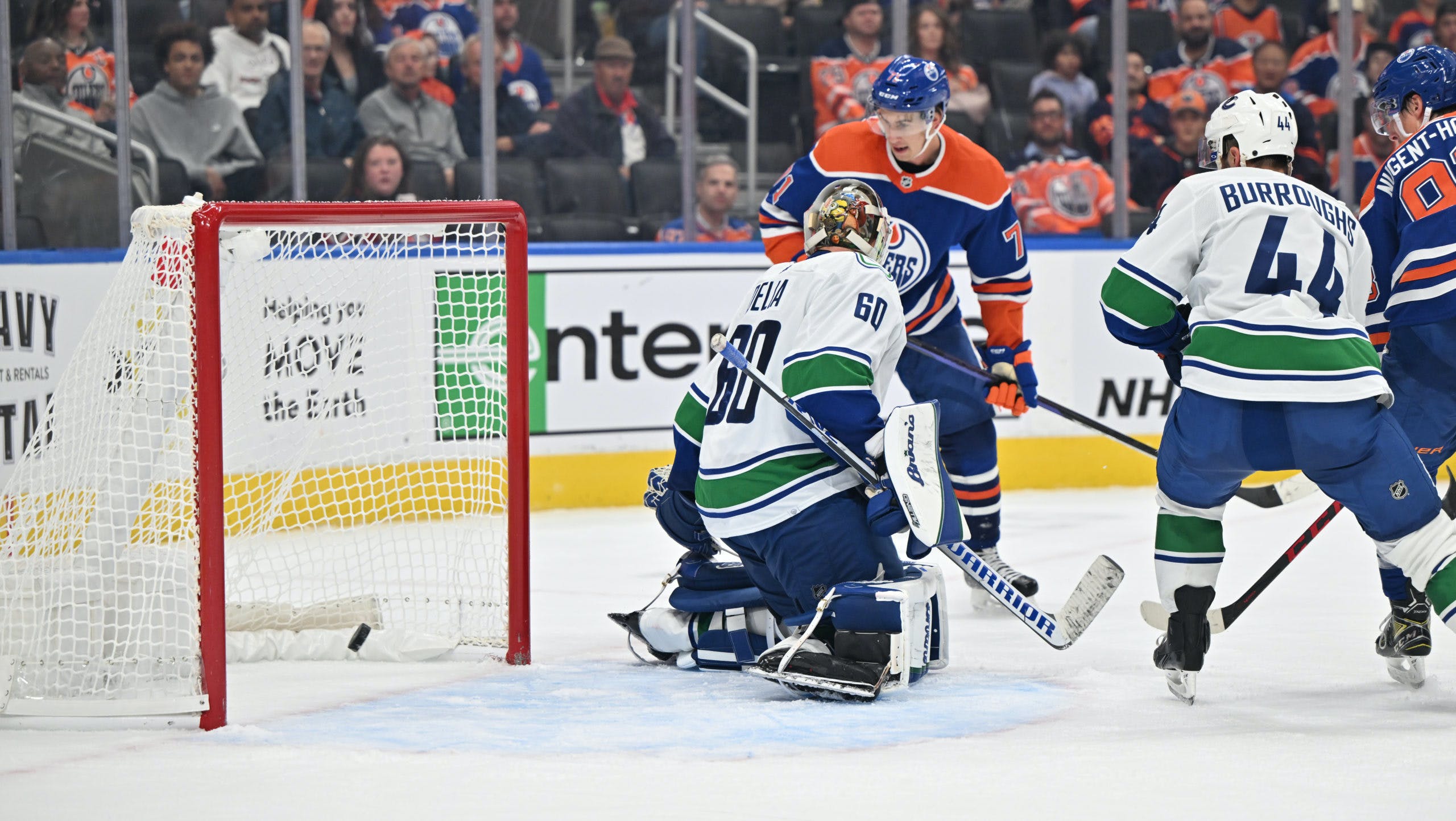 By David Quadrelli
1 month ago
Hey! We’ve seen this tweet before, haven’t we?
First, the Canucks sent goaltender Collin Delia down to the AHL on Monday morning so he could be there for the birth of his child. The club recalled Arturs Silovs under emergency conditions in the process.
Delia was then called back up on Tuesday, with Silovs returning to Abbotsford in time to play in the baby Nucks’ first of back-to-back games against the San Jose Barracuda.
Abbotsford won that game by a final score of 6-2, with Silovs stopping 22 of the 24 shots he faced.
As you can see in the tweet above, Silovs has made the trip down Highway 1 and is now back with the Vancouver Canucks under emergency conditions.
Delia is back down in the AHL, and sources have indicated that he’ll play tonight for Abbotsford as Silovs gets the night off.
Presumably, Delia will be called up again tomorrow to serve as Spencer Martin’s backup in the NHL Canucks’ Thursday night home tilt with the Seattle Kraken.
After that game, the Canucks will hop on a plane destined for Edmonton and do battle with the Oilers on Friday night before the Christmas break hits.
Could Delia start that game? It’s certainly possible, but there’s been no indication either way at this point in time.
Delia has made just one relief appearance for the Canucks since being called up to backup Martin after Thatcher Demko went down with injury. Through those 43 minutes of play, Delia stopped 15 of the 17 shots he faced, good for a save percentage of .882.
In eight games with the Abbotsford Canucks this season, Delia is the author of an .884 save percentage.
News
Recent articles from David Quadrelli