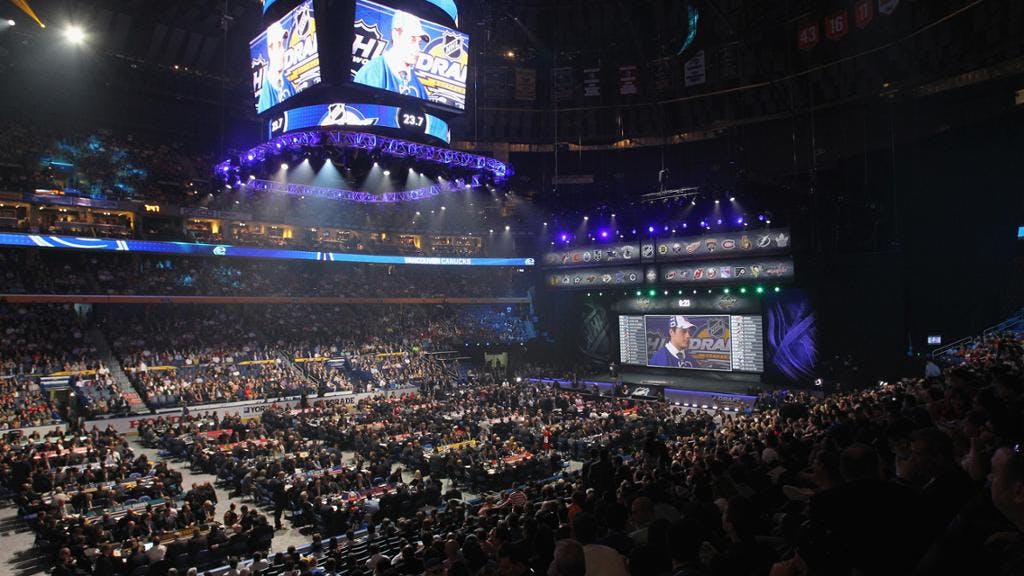 By David Quadrelli
1 year ago
The Vancouver Canucks have selected Connor Lockhart with the 178th overall pick.
The 5’9 centre has incredible upside and didn’t play last season due to the OHL being shut down.
As a rookie with the Erie Otters in 2019-20, Lockhart scored nine goals and added 18 assists through 57 games played.
He has solid hands and great offensive abilities. He has high upside and has a serious chance to be an elite scorer in the OHL next year.
“I guarantee he probably would have gone earlier if he had a full season,” said Director of Amateur Scouting Todd Harvey of Lockhart. “He’s a determined kid, I think he’s going to grow and fill out a little bit. He’s tenacious on the puck, he has some real good high-end skill and I think it was worth the pick to get him.”
With their final pick of the day, the club selected Lucas Forsell, a six-foot-tall 165-pound Swedish left-winger.
“Obviously, he’s not the biggest guy right now,” said Harvey. “We like the compete, he’s got good skill, and obviously it was a tough year for him with starting to play then getting shut down. The sample size was smaller on him, but we thought as a group that he was going to be worth the pick here.”
We will have full analysis on every prospect the Canucks selected today throughout the next week.
Uncategorized
Recent articles from David Quadrelli