Canucks Conversation Oct. 3: Takeaways from the preseason in our first live show! 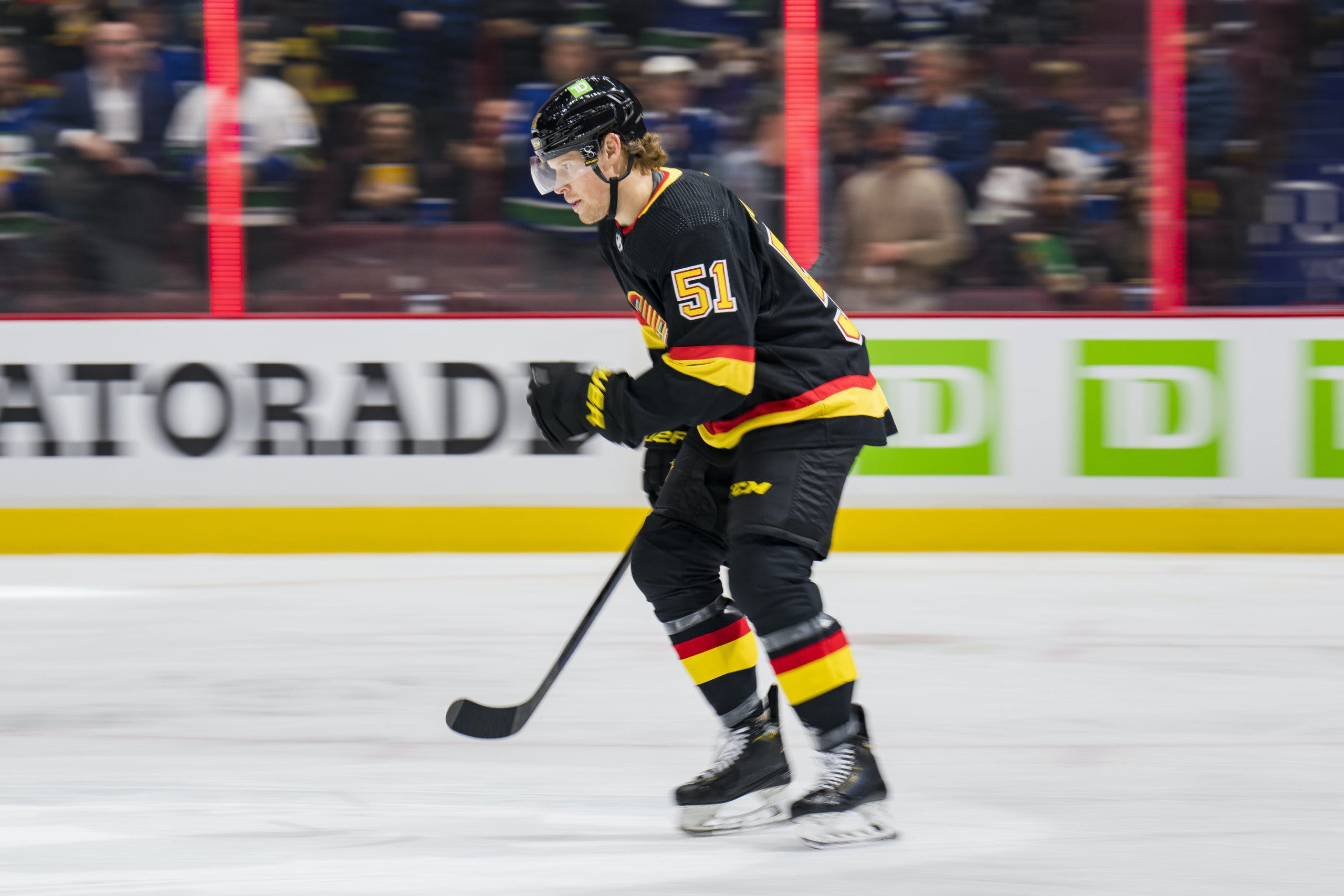 By David Quadrelli
1 month ago
Today marked the first episode of Canucks Conversation in the daily live show format!
For 60 episodes dating back to December 2018, Chris Faber was joined by various personalities from Canucks Twitter, including fans, media, prospects, and players. In 2020, we joined forces as co-hosts and reached the 300-episode mark last week.
As we announced last week, the podcast is now transforming into a daily live show, broadcasted on YouTube and the CanucksArmy Twitter account. The show is still available in the regular podcast format and you can still find it wherever you listen to podcasts as well!
On today’s show, we talked about the Canucks’ Saturday night loss to the Seattle Kraken, the defence pairings, some takeaways about the Canucks’ preseason performances thus far, preview the lineups for tonight’s tilt in Edmonton, and talk about the team’s defence pairings.
As we previewed in today’s “scenes from morning skate” article, Sheldon Dries is going to serve as the Canucks’ first line centre this evening between Vasily Podkolzin and Conor Garland. We talked about that and much more during today’s show!
We’re looking forward to hearing from you in the live YouTube chat! We had great interaction today, which we’re extremely happy about. You can find the podcast feed of our show by clicking here, and the Nation Network YouTube channel by clicking here.
You can watch the replay of our live streamed broadcast here:
Shows
Recent articles from David Quadrelli