Canucks call up goaltender Collin Delia after 31-save performance in Abbotsford, likely to start Friday @ EDM 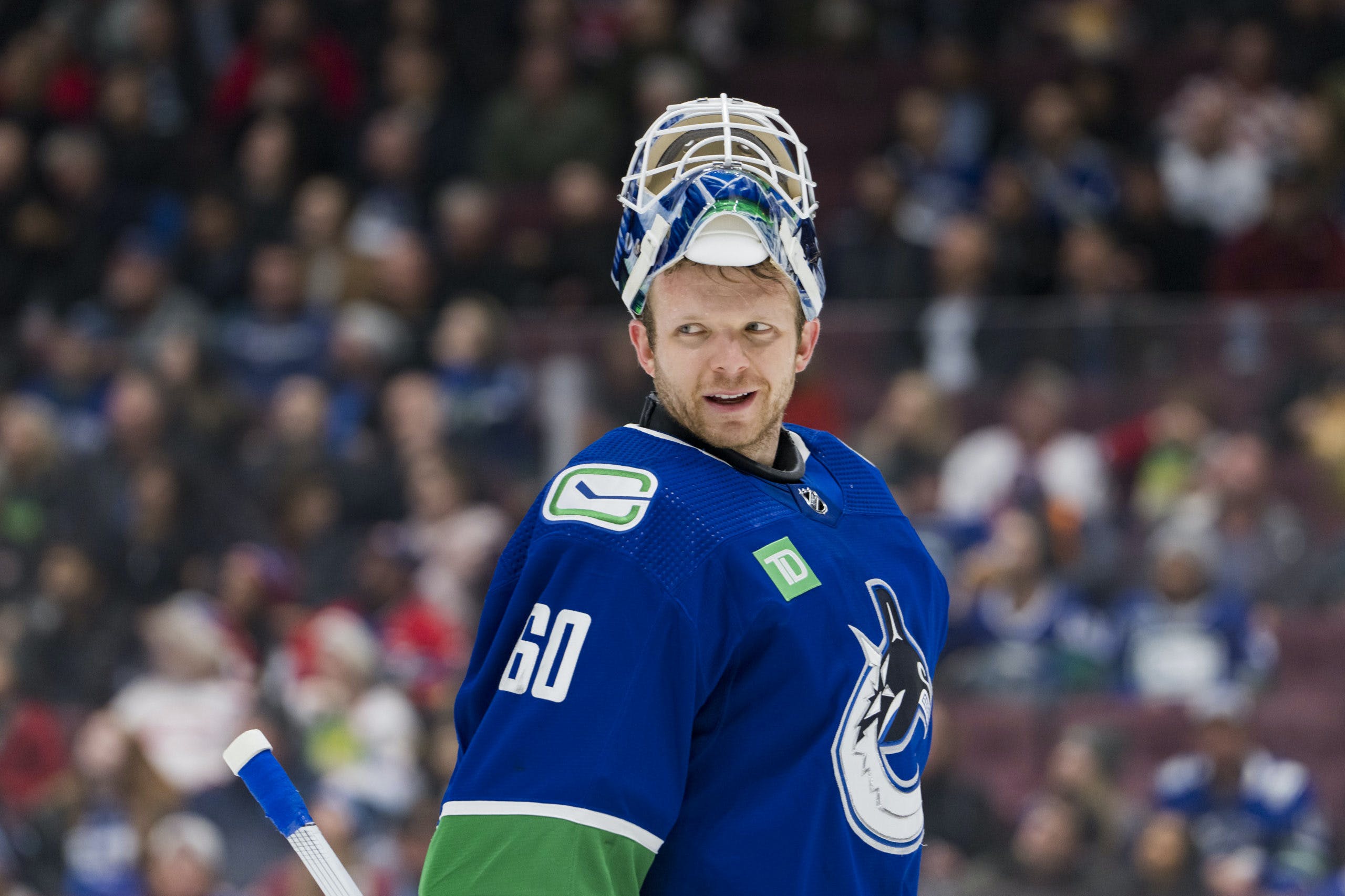 By David Quadrelli
1 month ago
As expected, the Vancouver Canucks called up goaltender Collin Delia from the Abbotsford Canucks Thursday morning. Arturs Silovs has been returned to the AHL squad.
The announcement came from general manager Patrik Allvin.
This is the third time this week the Canucks have made a transaction involving Delia under emergency conditions after the 28-year-old and his wife Ava welcomed their second child into the world on Monday morning.
Delia was first sent down on Monday, with Arturs Silovs coming up to serve as Spencer Martin’s backup in Vancouver. Delia was then called back up on Tuesday, with Silovs returning to Abbotsford in time to play in the baby Nucks’ first of back-to-back games against the San Jose Barracuda.
Abbotsford won that game by a final score of 6-2, with Silovs stopping 22 of the 24 shots he faced. The two goaltenders then swapped places once again, with Delia playing in Abbotsford last night, stopping 31 of 34 shots en route to a 6-3 victory over the Barracuda.
It may feel like deja vu, but the Canucks called up Delia again, once again under emergency conditions.
With Delia starting last night, Spencer Martin is the Canucks’ expected starter tonight against the visiting Seattle Kraken. Tomorrow in Edmonton, expect to see Delia get the last start before the Christmas break, unless Spencer Martin faces an unusually low number of shots tonight or does some other great thing that a goaltender can do that we refuse to say out loud.
Thankfully, this should be the end of Collin Delia and Arturs Silovs swapping places.
For now.
News
Recent articles from David Quadrelli