Canucks’ Boudreau not interested in trading NHL second star of the week J.T. Miller unless Connor McDavid is the return 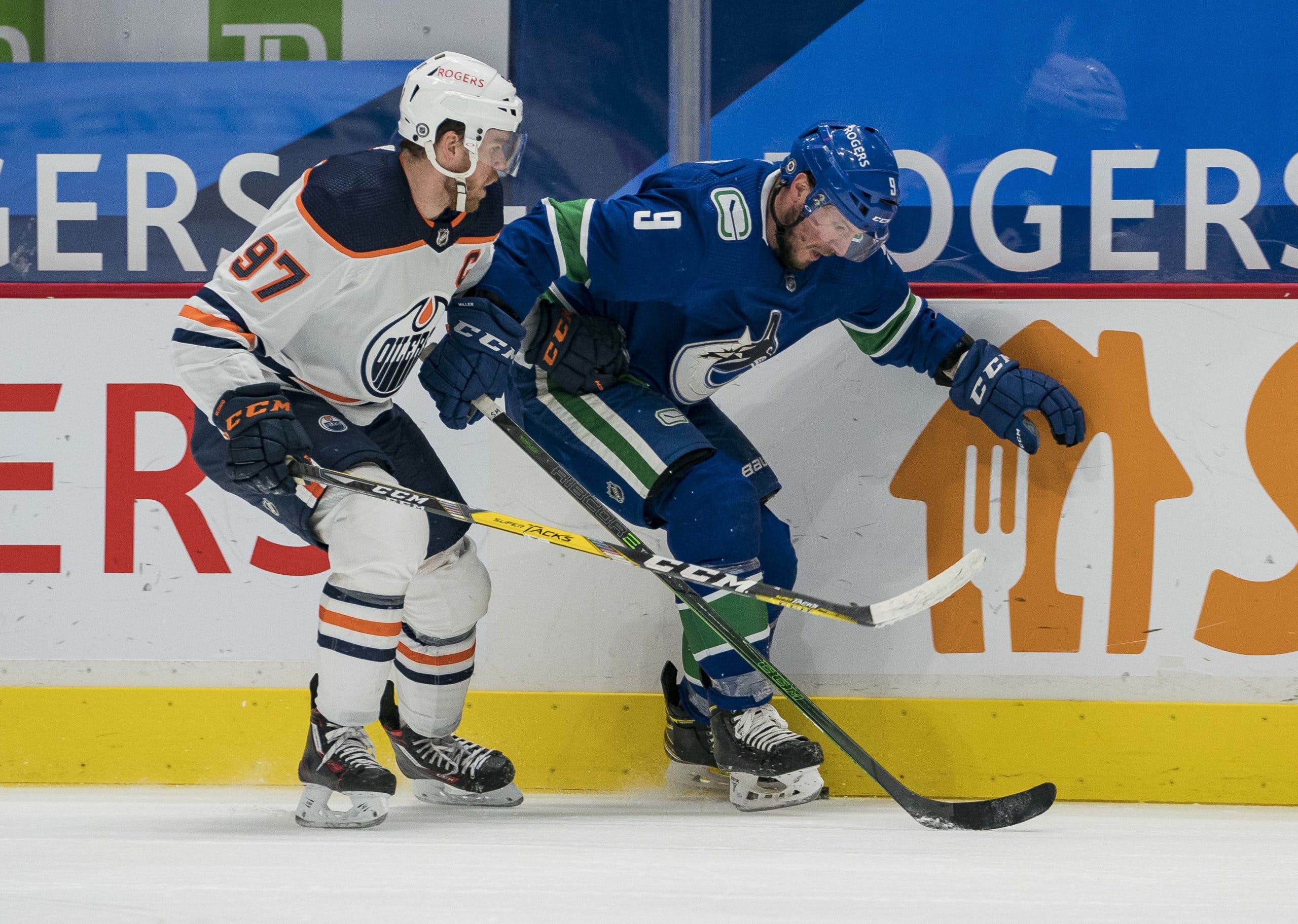 By David Quadrelli
9 months ago
After yet another monster week in which he moved into the top ten in league scoring, Vancouver Canucks forward J.T. Miller has been named the NHL’s second star of the week.
Over the three-game stretch encompassing last week, Miller recorded eight total points, tallied multiple points in each game, and helped propel the Canucks back to just three points out of the final playoff spot in the Western Conference.
Miller has been dominant as of late, and notched his 19th and 20th goal of the season in the Canucks’ 7-1 shellacking of the Calgary Flames last Thursday.
Finishing ahead of Miller was Toronto Maple Leafs forward Auston Matthews, who recorded nine points in four games.
As trade rumours around Miller continue to swirl, head coach Bruce Boudreau joked that the only way he’d be able to get on board with a Miller trade would be if Edmonton Oilers forward Connor McDavid was the piece coming back to the Canucks in return.
“If we got McDavid in return I’d say it’s okay,” said Boudreau with a laugh when asked about how much losing Miller would affect his team. “We don’t even talk about it, I haven’t talked one iota about J.T. getting traded. He’s the cornerstone right now — one of the cornerstones of our team, so we just go on. To me, that’s all noise. It makes for great media, and I love reading it all when they talk about trade deadline stuff, but nobody’s talked to me about anything.”
On pace to have the best season of his career, Miller currently sits at 20 goals and 39 assists through 52 games this season.
Uncategorized
Recent articles from David Quadrelli