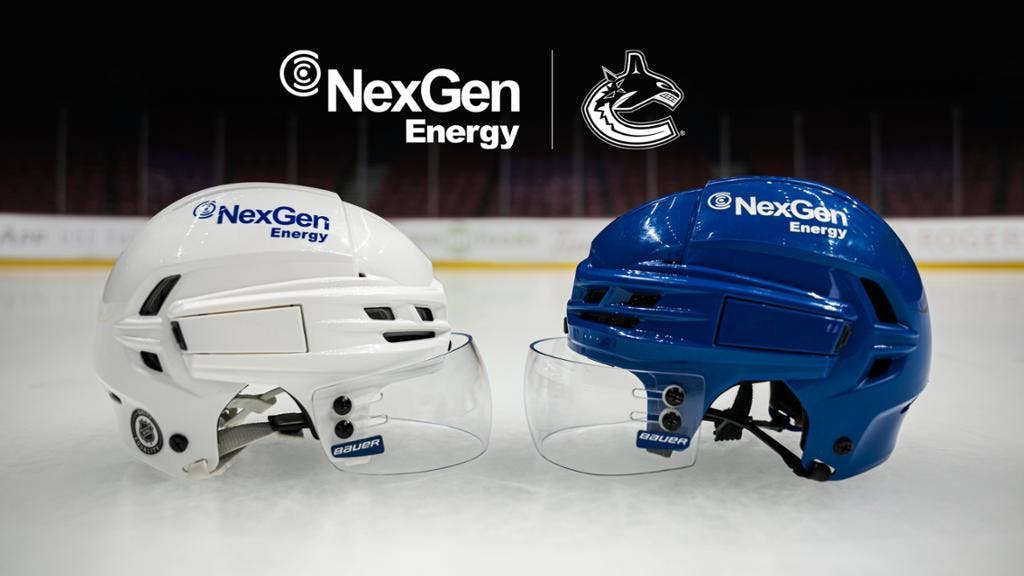 By David Quadrelli
1 month ago
The Vancouver Canucks are reportedly jumping in on a growing trend around the National Hockey League.
Signing on a jersey patch sponsor.
This, from Rob Williams of Daily Hive.
Prior to puck drop on their season opener on the road against the Edmonton Oilers, the Canucks unveiled their new helmet sponsor, NexGen Energy.
In a statement, the Canucks said:

“NexGen is a British Columbia corporation focused on the development of the Rook I Project located in the southwestern Athabasca Basin, Saskatchewan, Canada, into production. The Rook I Project is positioned as a global leader in the future supply of clean energy solutions with a unique and elite environmental and social focus. NexGen has a highly experienced team of uranium industry professionals with a successful track record in the discovery of uranium deposits and in developing projects through discovery to production… In addition to raising awareness with Canucks fans, the partnership will focus on supporting the Canucks for Kids Fund and will provide memorable experiences each season to the local communities in Vancouver and Saskatchewan that NexGen Energy operates in.”

The multi-year agreement will place the NexGen Energy brand on each side of the Vancouver Canucks home and road helmets beginning tonight against the Oilers.
Helmet sponsorships were introduced during the 2020/21 season to help teams make up some of the gate revenue losses and other financial hardships brought on by the COVID-19 pandemic.
Rogers served as the first official helmet sponsor of the Canucks during the 2021 season, while TD Bank’s logo was proudly displayed on the Canucks’ helmets last season.
It remains to be seen who the Canucks will get to serve as their jersey sponsor.
Here’s a look at the Washington Capitals’ jersey with the Caesar’s Sportsbook logo: 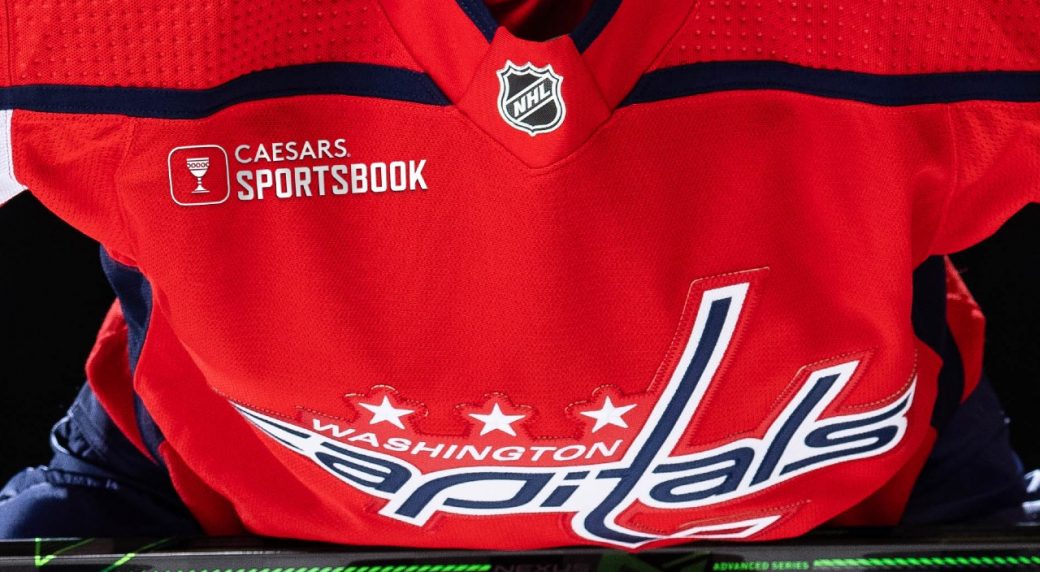