Canucks announce 2021-22 schedule: Here are the key dates and the full schedule 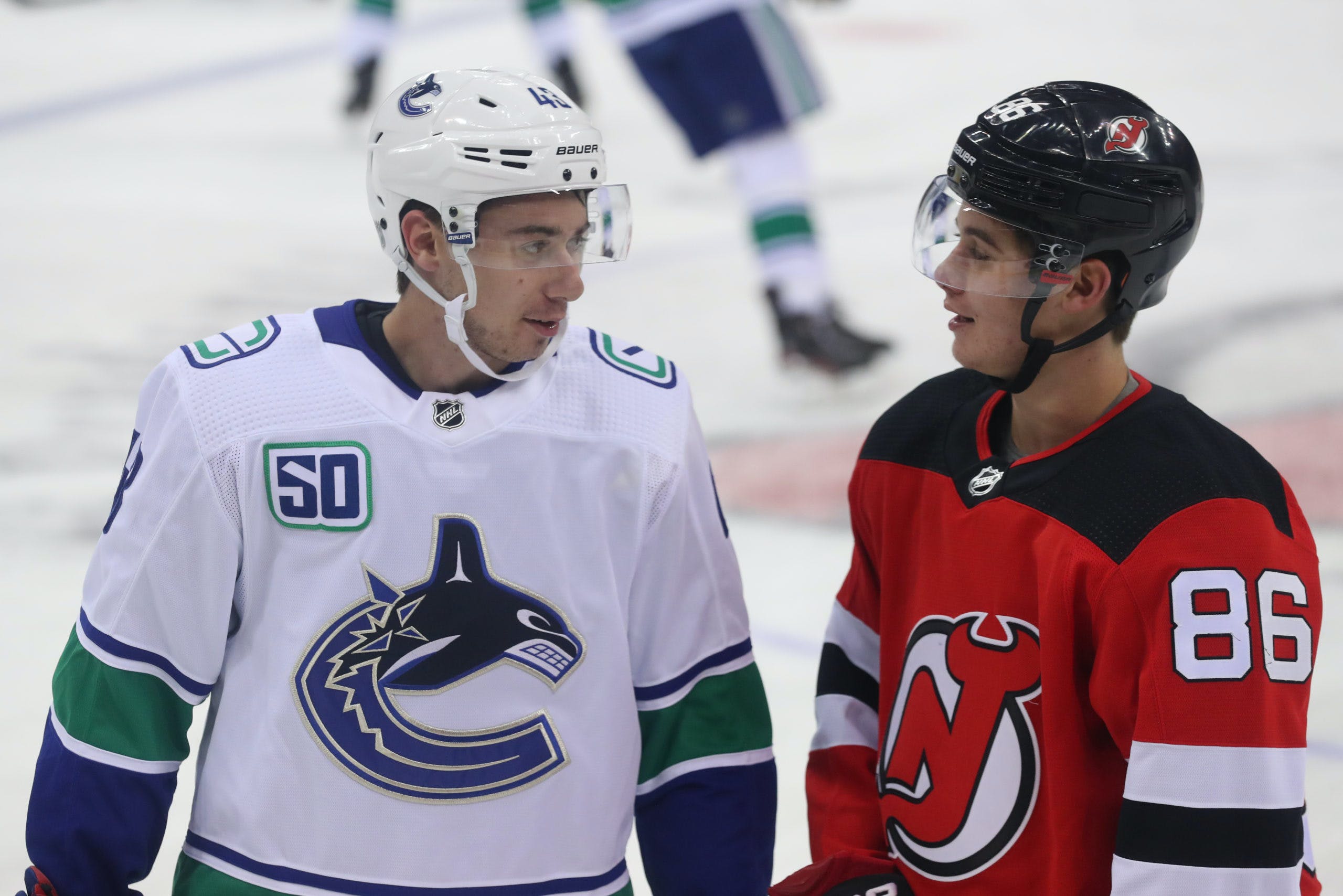 By David Quadrelli
1 year ago
The Vancouver Canucks announced an 82-game schedule for the 2021-22 season Thursday afternoon. The Canucks will once again compete in the Pacific Division, which will no longer feature the Arizona Coyotes, who move to the Central Division to make way for the Seattle Kraken.
The Kraken will play their first-ever home opener against the Canucks on October 23rd.
The Canucks open the season on the road, with their first game coming against the Edmonton Oilers on Wednesday, October 13th.
They will make stops in Philadelphia, Detroit, Buffalo, Chicago, and of course Seattle before returning to Vancouver for the home opener on October 26th against the Minnesota Wild.
The Canucks will open their home schedule with their first of two season-high seven-game homestands from October 26 to November 9. They’ll also play seven straight home games from March 9 to 20.
In December, the Canucks will welcome the Toronto Maple Leafs on Saturday the 18th, and will be home for Christmas as on the 23rd they face off against the Anaheim Ducks, before taking on the Kraken on the 27th.
For the first time since the 2014 Winter Olympics in Sochi, the NHL schedule includes a break in play from February 7 to 22 during the 2022 Beijing Winter Games. Vancouver’s final game before the Olympic break will be Tuesday, February 1 at Nashville, while their first game back from the break will be Thursday, February 24 vs Calgary.
Jack Hughes and the New Jersey Devils will face the Canucks twice this season. The first game between the Hughes brothers since 2019 will take place on Ferbaury 28th in New Jersey, while the second will be at Rogers Arena on March 15th. TBA on when exactly Luke gets to face his brothers.
Here is the Canucks’ full schedule: 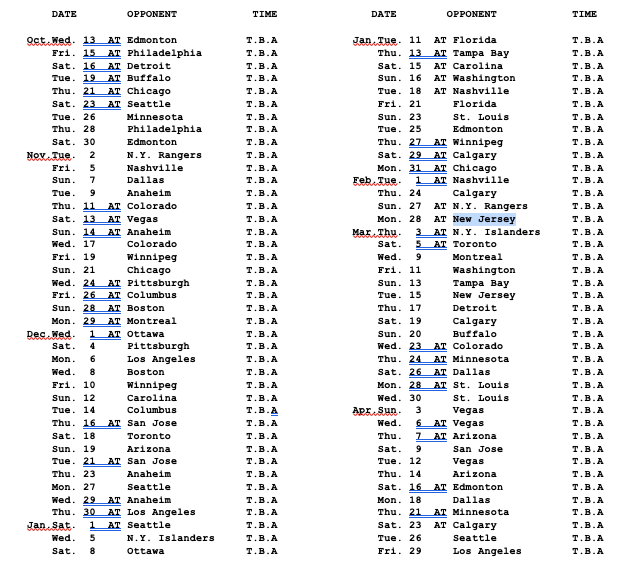