Breaking down the tape on newly-signed Canucks prospect Nils Aman 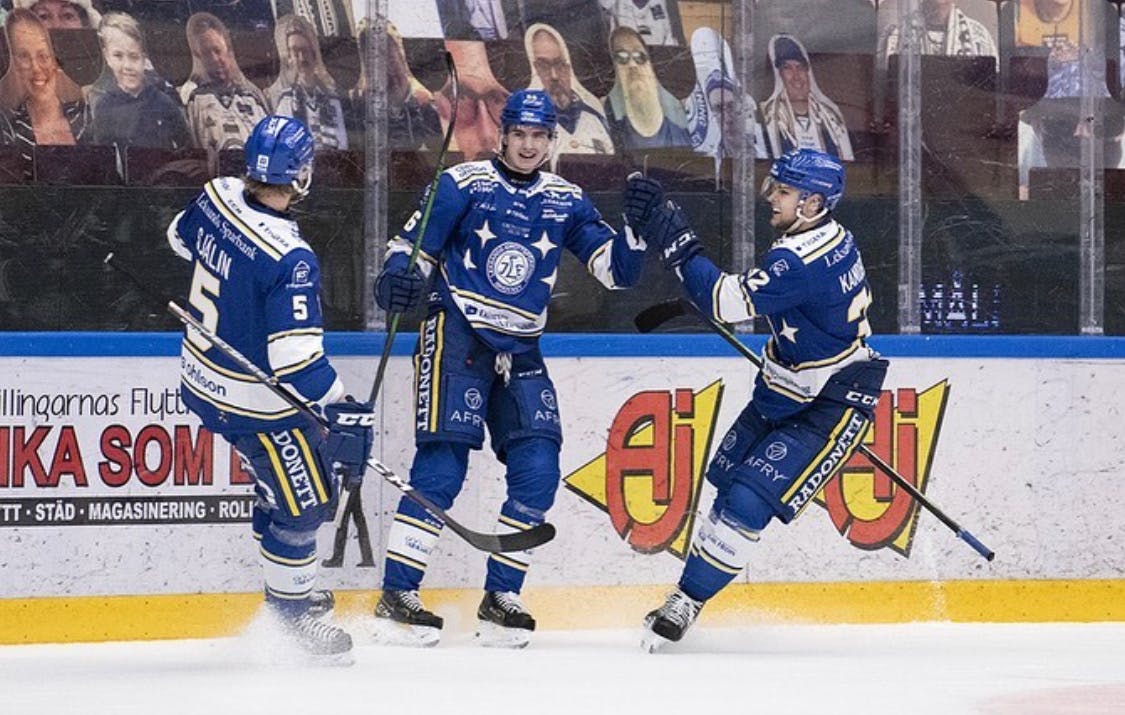 By Faber
5 months ago
The Vancouver Canucks continue to provide offseason news for their fans.
Tuesday afternoon, the Canucks announced that they have signed free agent Nils Aman. We went to work on the tape so that you can learn a bit about the 22-year-old.
The first thing we liked about Aman is his combination of size and speed. He comes in at 6’2”, 179 pounds and used his larger body well.
Aman impressed us with his board work as he consistently moved the puck up ice. He has a strong push on the boards and can leverage his body to gain better positioning. This will be very good for him in the AHL as there are a ton of four-man board scrums where this skill of his will come in handy.

Aman can play both centre or on the wing. We saw him play right wing more than left wing when he wasn’t in the middle. Even as a winger, he was heavily involved in the defensive zone. As a high-scoring junior player, it feels like Aman realized he had to commit to being a reliable defender at the next level and has done a good job adjusting to that profile.
Two of the most consistent and impressive parts to his game are his effort level and his ability to fill space in the defensive zone sticks out in his SHL play. Aman first three strides look powerful and his agility when crossing the ice horizontally looks very fluid. His skating definitely looks like it will fit in or even impress at the AHL level. Aman has an overall good feel for how he moves and looks on the ice. His stats don’t pop off the page but his tape tells a much different story.
“Nils is a smart hockey player who plays with speed and has a strong work ethic,” said general manager Patrik Allvin in the announcement from the Canucks. “He possesses a good two-way game, and we look forward to seeing his continued development on both sides of the ice with the Canucks organization.”

We like that Aman killed penalties last season in the SHL but he wasn’t a mainstay on the shorthanded unit. There were games where he didn’t get any time on the penalty kill and there were other nights where he played over two minutes of shorthanded time.
He continued to kill penalties after his SHL season as he got to play in the World Championships with Sweden. You can see the value in Aman‘s two-way game pretty easily when you see that he played in seven games at the World Championships while fellow 22-year-old Canucks prospect Linus Karlsson didn’t even get into one game.
This is interesting because Karlsson was ninth in SHL scoring this season with 46 points in 52 games and didn’t get a sniff with team Sweden. Aman, on the other hand, consistently played for Sweden and only had 14 points in 51 games. There’s a noticeable high-effort level in Aman’s game and his ability to do things like play centre and kill penalties could be what gets him more ice time at the next level.
When it comes to goal scoring, a lot of Aman‘s production comes from around the net. He uses his big body to get positioning and has good enough hands to get quick shots off or have effective deflections.
Here’s a look at the nine goals that he scored this past year.
We liked Aman’s positioning and play-reading when he was playing centre. He can be effective as the F1 forward on the forecheck but seems to be at his best when he is the F3 and reads plays as the opposition is attempting to break out of their zone. As the high forward when the wingers are in deep, he uses his length and quick feet to fill passing lanes and force turnovers.
Now for some of the weaker points.
As for moving the puck, there’s inconsistency when it comes to making crisp and accurate passes. He doesn’t fan on a lot of passes but there is a lack of accuracy when he is using a bank pass on the boards or even making a short pass when under pressure.

Aman Is going to need a lot of help in the faceoff dot as well. After the draw, he plays the position of centre well but his stick is a half-second slow in a lot of faceoffs and that needs to be an area where development coaches work with him.
To put a bow on it, the Canucks look like they’ve added some AHL depth to the organization and the upside in Aman’s combination of high-level skating and size could give him a chance of working his way up the depth chart in Abbotsford. It’s hard to project if there’s enough in his game to get him to the NHL but there’s enough raw skill in his game to at least believe that there is a chance for him to work his way into the conversation over the next couple of years.
It’s good to see the Canucks landing some European free agents because the AHL team needs this type of depth. The carrot is just down the highway and we expect Aman to be one of the players that stick out as a more-advanced player at the Canucks’ development camp. We project that Aman will start the season as a bottom-six centre with Abbotsford in the AHL and will be one of the forwards who gets a lot of penalty-killing time in the minors.
We hope to see Aman at development camp next month and will be able to re-evaluate his skating and skill once he is up against all of the Canucks prospects.
More from CanucksArmy:
Uncategorized
Recent articles from Faber