Bo Horvat’s agent maintains captain wants to be a Canuck as long as possible, if the contract circumstances are right 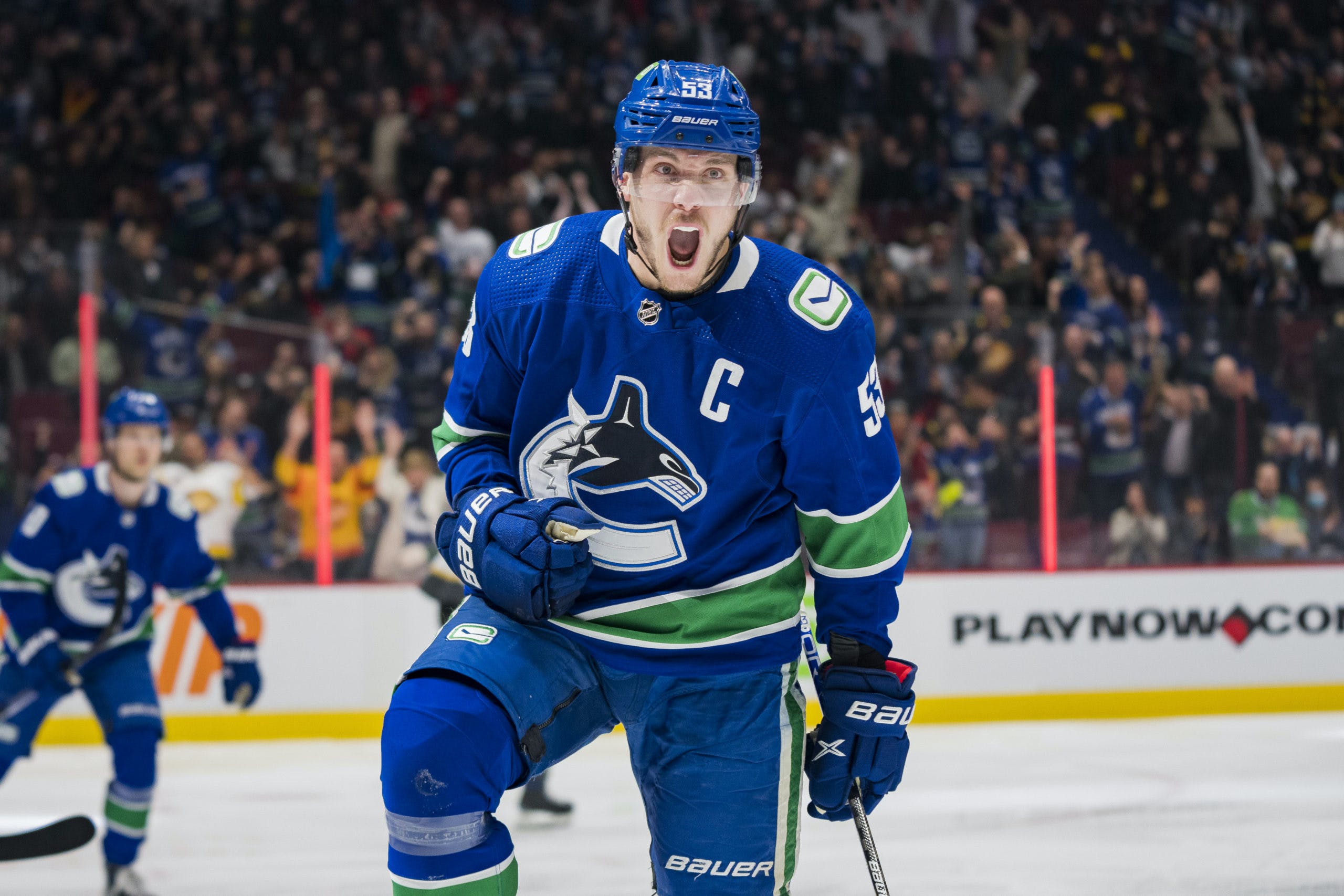 By Lachlan Irvine
3 months ago
The number of major storylines entering this Canucks season could fill a book, but only one is already filling out full chapters.
Bo Horvat’s agent Pat Morris joined Donnie & Dhali on Thursday morning to discuss the current situation surrounding contract negotiations between Horvat and the Canucks. So far the front office and Horvat’s camp appear to be pretty far apart on negotiations, and any hope for a quick resolution is likely out the window for now.
Patience was a large part of the message Morris tried to convey, but the veteran agent didn’t hesitate to remind people that the July 1st expiration date is approaching fast.
“Some of these things take time,” Morris said. “Vancouver’s always told me they like Bo Horvat a lot and they have him under contract for this year, but not beyond, unfortunately.”
“I always say the best agreement is always the one that they don’t like and the one that we don’t like that creates an agreement. But we haven’t found that level yet.”
Morris wouldn’t divulge any specifics of ongoing negotiations but said that he and the Canucks have been in regular contact about multiple clients, including Horvat. Morris also refused to bite on the notion that J.T. Miller’s extension taking precedent over Horvat’s created any rifts between his camp and the Canucks.
“I think Bo was always very happy that J.T. stayed,” Morris said. “I think that makes Vancouver a better team and Bo’s on that team presently. J.T. is a friend of his so he was happy for him on the day that happened.”
As the captain in a Canadian market, Horvat has a lot of negotiating power at his disposal, but as the Canucks’ current third-line centre the numbers probably don’t match what he wants. So Morris made the case for why he’s a lot more than his current place in the lineup says.
“I believe Bo is a number one centre,” Morris said. “Every team to win has to have three great centres, four great centres. So he’s in a good position.”
“It’s always better for the team and better for the player when a player is signed long term, but you can’t sign when it’s not right. Many, many centres have signed this summer and they’re very valuable within the way the makeup of teams are. So Bo’s in a really good spot, and hopefully, he can stay in Vancouver if the circumstances are right.”
Those circumstances would be a lot better if Horvat has a terrific scoring season and builds off his strong second half of last season. There are plenty of worse ways to use your limited cap space than slightly overpaying your elite, high-scoring captain. But there’s little doubt in Morris’ mind that Horvat wants to remain a Canuck for as long as possible.
“He’s always stated that he’s the captain of Vancouver and he enjoys it. He likes the roots of the team and certainly the city. He’s very involved in the community,” Morris said. “Any time you choose to talk about an extension you’re expressing yourself on how you feel about the location you’re in.
“It’s clear that he was in a position to want to stay for a long time and conclude his career if you control that.”
News
Recent articles from Lachlan Irvine