Betway Bets of the Day: Steven Stamkos looks for milestone against the struggling Canucks 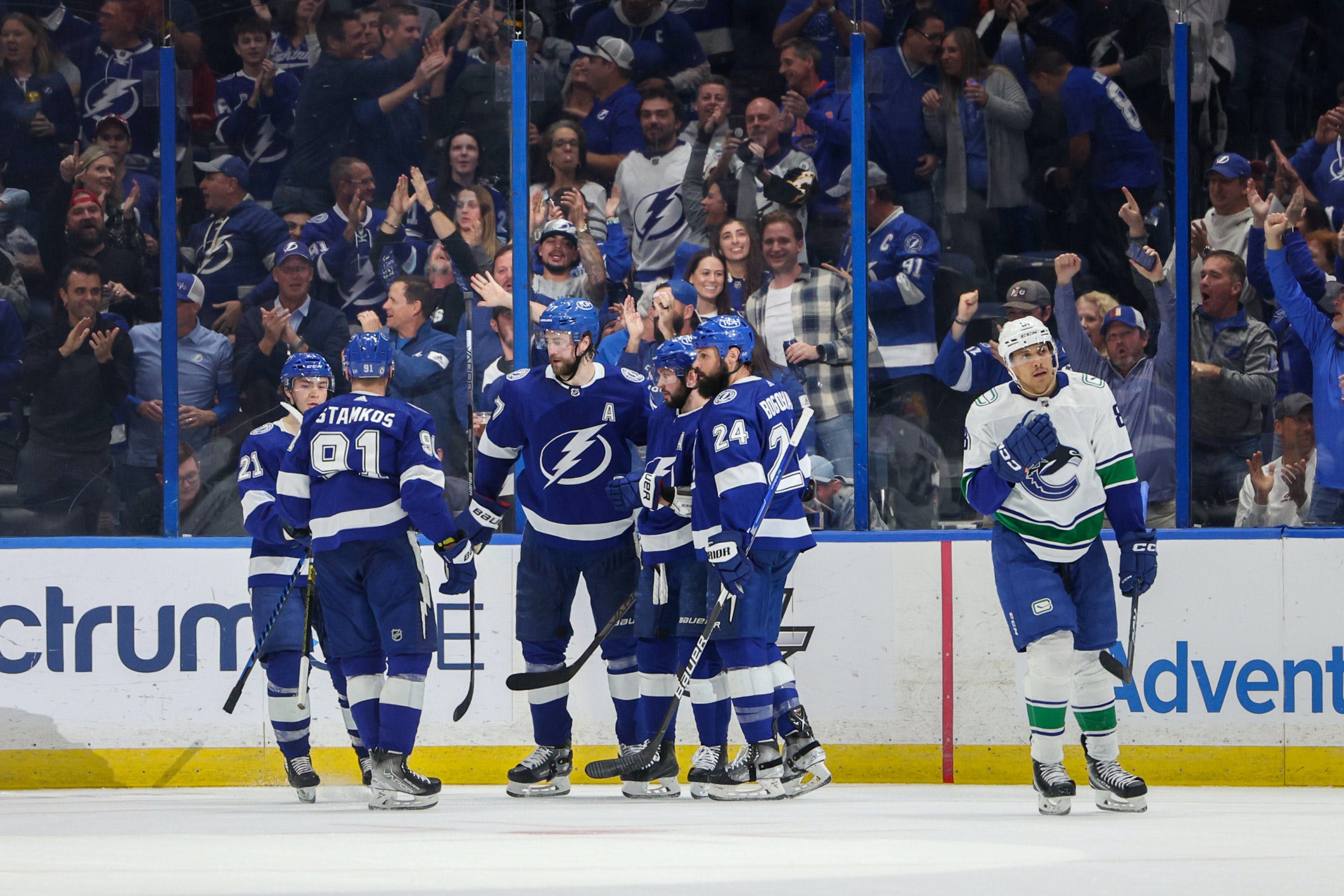 By Niqhil
12 days ago
Welcome back to Betway Bets of the Day brought to you by NHL betting odds site Betway!
Alert the masses the Canucks finally won a hockey game! Vancouver was a massive underdog, playing in back-to-back afternoon games against the second-best team in the NHL, on the road and despite being down 2-0 ultimately won 4-3 in a shootout and snapped their four game losing streak.
The Canucks ended their road trip of death with a dreadful 1-4 record. Vancouver will now embark on a four game home stand starting against the powerhouse Tampa Bay Lightning. Here are three bets I like for tonight’s game.

Steven Stamkos to register over 2.5 shots at -175. My $10 bet would return $15.71.
It’s shocking that Stamkos’ line remains at only 2.5. He has hit his over in six straight games and has 28 shots in that span which is an average of 4.66 per game. Stamkos had 7 shots against the Canucks six days ago in their last matchup.

Steven Stamkos to score a goal at +140. My $10 bet would return $24.
Stamkos scored his 499th goal against the Canucks last Thursday and hasn’t scored since. We all know what’s going to happen next….

The game to end with over 6.5 goals at -134. My $10 bet would return $17.50.
These two teams scored a combined nine goals in their only matchup this season and the over has hit in six of the last seven Canucks games.