Betway Bets of the Day: Canucks looking for a perfect pair in Vegas 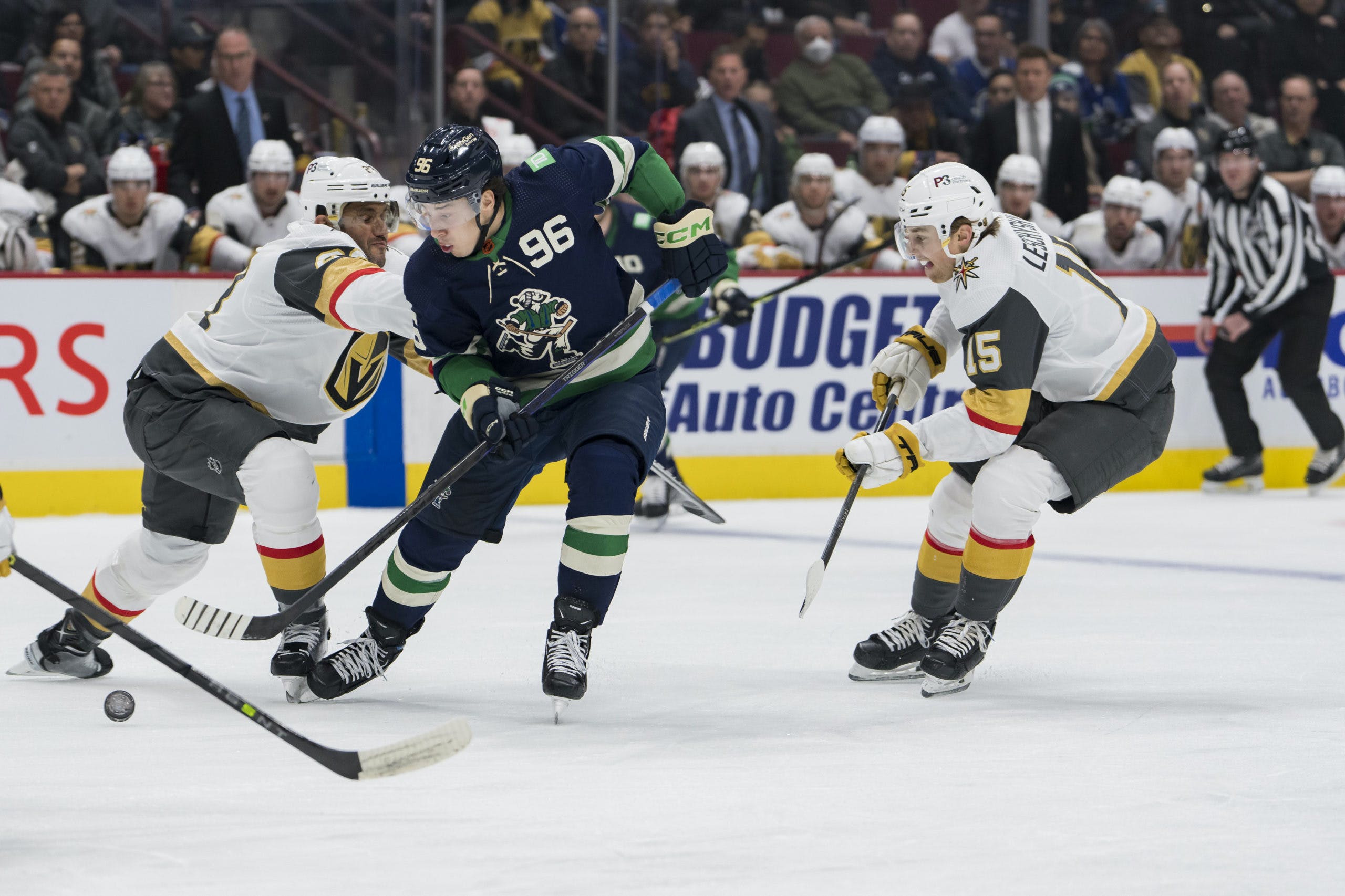 By Niqhil
2 months ago
Welcome back to Betway Bets of the Day brought to you by NHL lines site Betway!
The Canucks continue to stake their claim as the most random team in the NHL. After a heartbreaking third-period collapse against Vegas, Vancouver’s Wednesday night showdown with the Avalanche looked like an automatic loss, but they instead came out victorious.
Vancouver has now won three of four and will look to seek revenge on the aforementioned Knights. Here are some bets I like for tonight’s game.
Player Prop
Jonathan Marchessault to register over 3.5 shots at +105. My $10 bet would return $20.50.
This one looks familiar. We were able to get Marchessault at over 2.5 last game, but his line has moved to 3.5.
I still like it here. Marchessault had five shots in his last matchups with the Canucks. He has 24 shots in his last six games, an average of four per game.
Special Teams
Jack Eichel to score a power play point at +155. My $10 bet would return $25.50.
Colorado scored two of their three goals on the PP as Vancouver’s penalty kill woes continued as they fell back into last place league-wide.
Vegas only had one PP opportunity in Monday’s game against the Canucks, but look for them to get more tonight as Vancouver takes the 5th most penalties in the NHL.
Not so risky business?
Jack Eichel and Quinn Hughes to both get one assist at +175. My $5 bet would return $13.75.
Jack Eichel has five assists in his last five games, including two in Vancouver on Monday night. Quinn Hughes has five assists in his last five games, including two assists against Vegas on Monday night.
Notice we only sprinkled half a unit on this one.
Last Game Bets
Nathan Mackinnon to register over 4.5 shots at -150. My $10 bet would return $16.66. – HIT
Vancouver to score a PP goal at +110. My $10 bet would return $19.09. – MISSED
Over 6.5 goals to be scored at -115. My $10 bet would return $18.69. – HIT
Sheldon Dries scored a PP goal six seconds before a Cale Makar penalty expired, and that was the only thing separating us from going a perfect 3/3. Ultimately, we staked $30 and returned $35.26. We are now down $16.51 on the year.
Editorials
Recent articles from Niqhil