Best and worst case scenarios for the rest of the Canucks’ season: Canucks Conversation Jan. 24 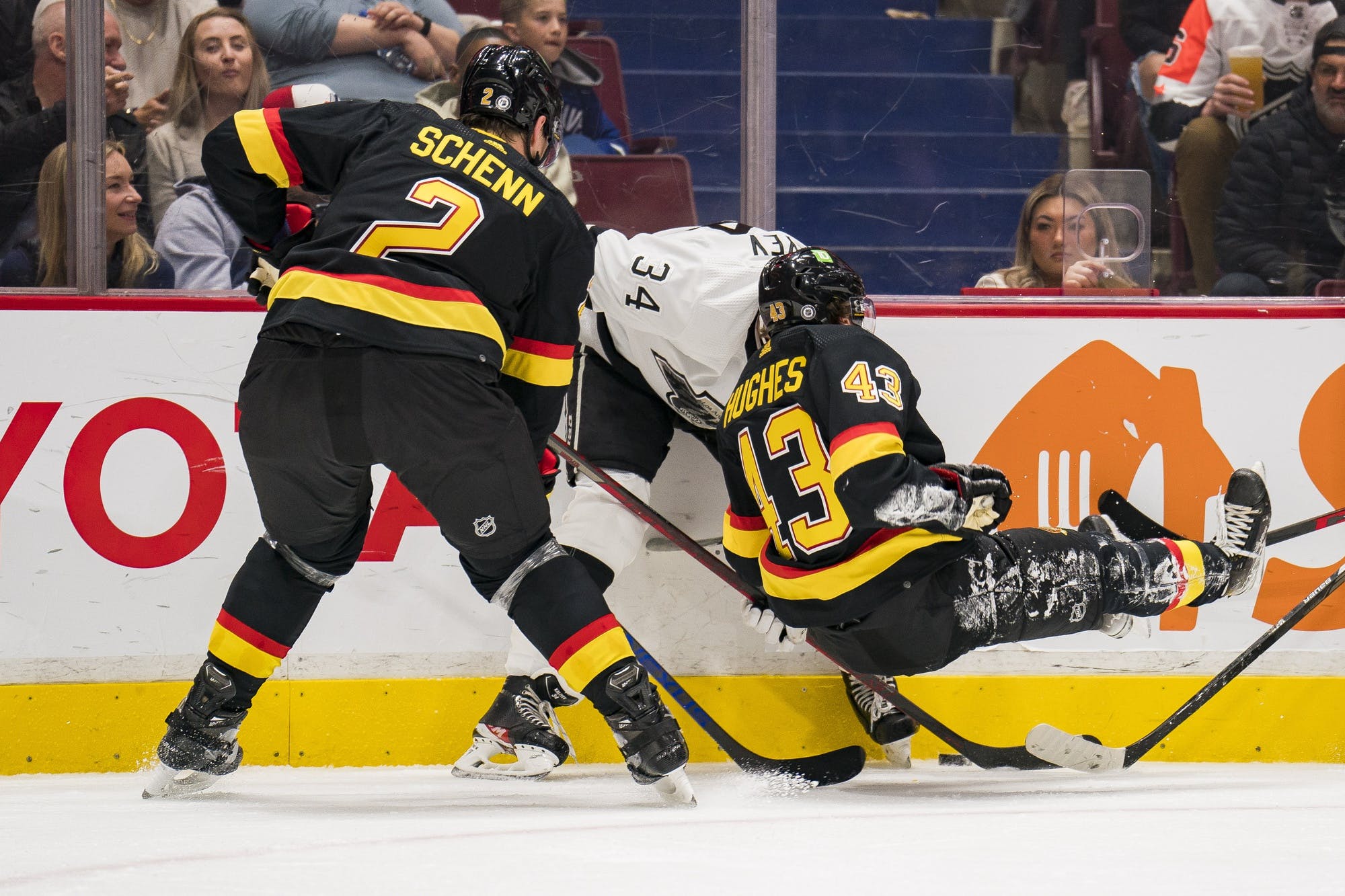 By David Quadrelli
10 days ago
On today’s episode of Canucks Conversation, Chris Faber and I broke down some of the best and worst-case scenarios for the rest of the Vancouver Canucks’ season.
Some of the best-case scenarios we pointed out for the team down the stretch were selecting first overall at the draft (obviously), cleaning up their defensive play, and figuring out who is going to work with their roster long term by implementing strong systems that the team can then build and evaluate around.
I pointed out that it feels like — based on what Rick Tocchet has said through his first couple days on the job — that the job description he has as head coach is different from the one Bruce Boudreau had when he was hired.
Tocchet has talked a lot about rolling four lines, limiting the usage of his star players, and making sure that a strong structure and system is in place for this Canucks team. That likely won’t lead to many wins down the stretch, but it will lead to good habits for this team to build around in the long run, and that’s certainly a good thing. The Canucks cleaning up their play and putting in solid efforts while still losing games due to the deficiencies on their roster (rather than for a lack of effort) and getting solid draft lottery positioning would be among the best case scenarios for this team down the stretch.
As for the worst case scenarios, it’s simple. Although we don’t expect to happen, Tocchet could pivot to win-now mode with the roster he has and start to rely too heavily on players like Elias Pettersson and Quinn Hughes and “load up” one or two lines that he relies on the most. The Canucks may pick up some wins down the stretch with this method, but this falls under “worst-case” scenarios because it feels like this is how the team heads down the same road of the coaching bump for naught and of course, ruin their draft lottery positioning and end up drafting 10-15th overall.
We also threw out the Canucks choosing to extend Andrei Kuzmenko and Bo Horvat instead of flipping them at the deadline for assets as another worst-case scenario for this team down the stretch.
Watch the segment below!
Be sure to subscribe to the CanucksArmy YouTube channel!
You can catch the livestream of Canucks Conversation at 1 PM Pacific Monday through Friday on The Nation Network’s Youtube Channel here and the CanucksArmy Twitter account here. Clips of the show are posted daily to the CanucksArmy YouTube channel, which you can find by clicking here.
The show is also available in podcast format around 2 PM every day wherever you get your podcasts!
Shows
Recent articles from David Quadrelli