Aside from a tough stretch in late-March, the Vancouver Canucks have one of the easiest remaining schedules in the NHL 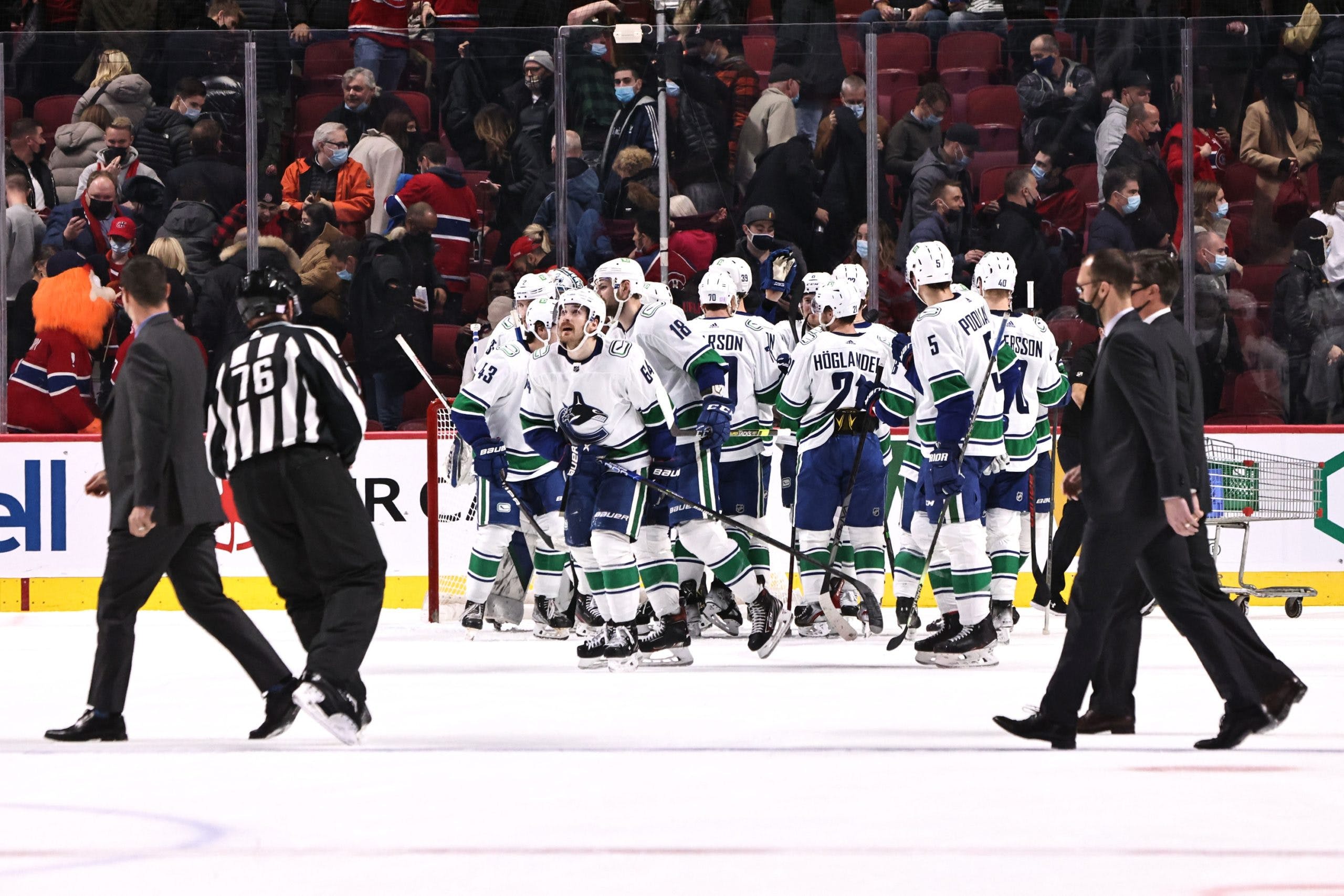 By Faber
9 months ago
The Vancouver Canucks are doing everything they can to try and get back into the playoff race and their remaining schedule will give them an even better chance at sneaking into a playoff spot.
With 27 games remaining, the Canucks have one of the easiest sets of games to finish the season. There are still two games against the Arizona Coyotes as well as games against the Seattle Kraken, Buffalo Sabres, and Ottawa Senators.
There is a rough stretch for this team at the end of March that sees the Canucks facing some pretty good teams: 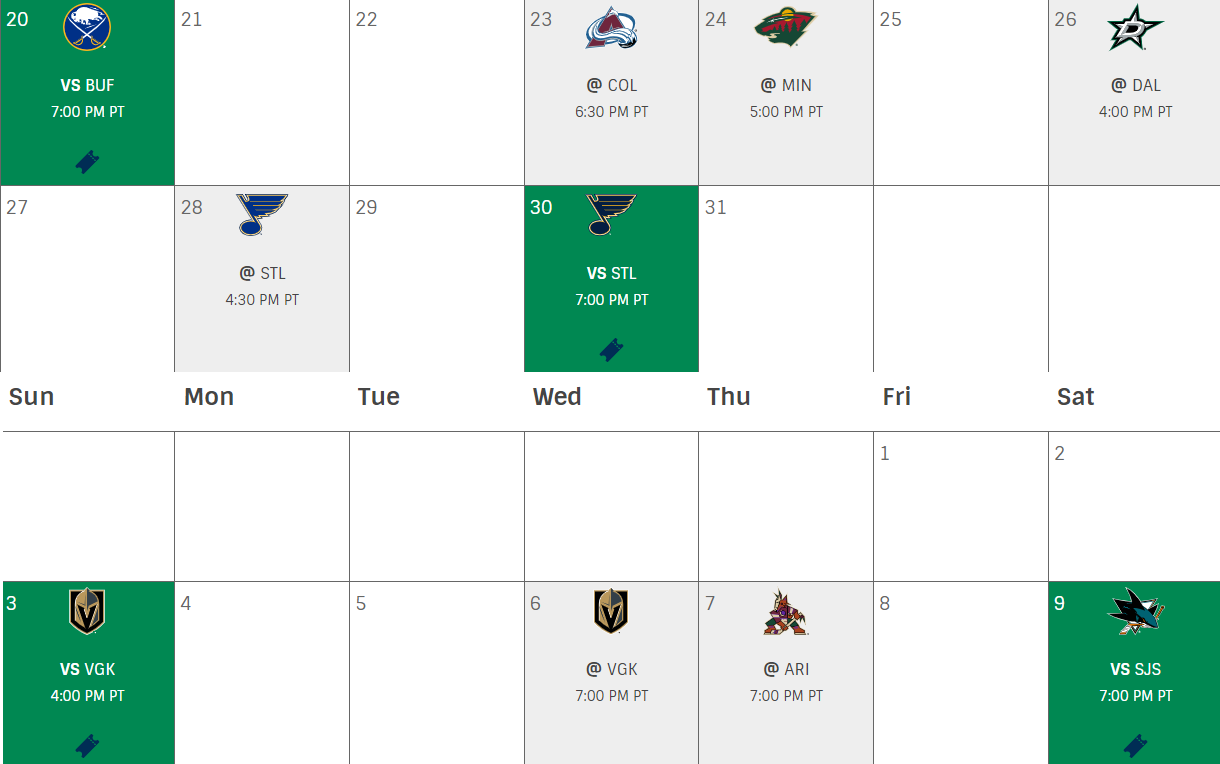 This is as hard as it gets. A 16-day run where the team plays eight games including two separate back-to-backs. This tough stretch of games begins right after the trade deadline and the Canucks have some very winnable games with five of their nine games before the deadline coming against bottom-10 teams.
If the Canucks can take care of business, there’s a road where they can make a strong playoff push. Picking up wins against the competition that they are battling with for those playoff spots will be the most important games of the final stretch.
There are still three games against the Vegas Golden Knights, two against the Dallas Stars, and a single game against the Edmonton Oilers. These are the most important games of the remaining schedule. Winning against the weak teams needs to come as a given if the Canucks want to make the playoffs. The big question will be if they can steal some games against the top teams in the league and handle their business against the teams they are battling for a wild card spot with.
When it comes to those teams around the Western Conference wild card spot, the Canucks don’t have the easiest schedule according to Tankathon — in fact, they have the 10th easiest remaining schedule.
But there are other teams in this wild card race that do have it much worse.
The Anaheim Ducks have the sixth toughest remaining schedule in the NHL.

The Preds are also having to deal with one of the ten worst schedules to finish off the season. It will be interesting how this affects both of these teams who are in the hunt for a wild card spot.

The Oilers are in tough with three games remaining against the red-hot Colorado Avalanche. Their goaltending situation is not ready for what is coming their way over the final run of games.

Then, there’s the Canucks, sitting there with the 23rd-hardest remaining schedule in the league. They have a few tough matchups but they do have the schedule on their side as we go into the home stretch of the season. Having one of the top-10 easiest remaining schedules gives them a chance.

Currently holding onto one of the two wild card spots, the Dallas Stars are in a good place with the eighth-easiest remaining schedule in the NHL.

For those who are saying that catching the Vegas Golden Knights should be the Canucks’ goal, that idea may change when they see that the Golden Knights have the third easiest strength of schedule. Vegas is struggling of late but their remaining opponents give them a strong chance of staying put as one of the three teams making the playoffs in the Pacific Division.

Strength of schedule graphics found at Tankathon.com
Well, that wraps up this little information piece about the Canucks’ remaining schedule as well as the teams that they are battling with for a wild card spot.
There’s a path to the playoffs but it’s going to need to take the Canucks handling their business against the weaker teams, beating the teams around them in a playoff race and picking up a few points in their tough matchups against teams like the Toronto Maple Leafs, Tampa Bay Lightning, and Calgary Flames.
I’m saying there’s a chance…
Uncategorized
Recent articles from Faber