A long conversation about the state of the Vancouver Canucks: Canucks Conversation Dec. 20 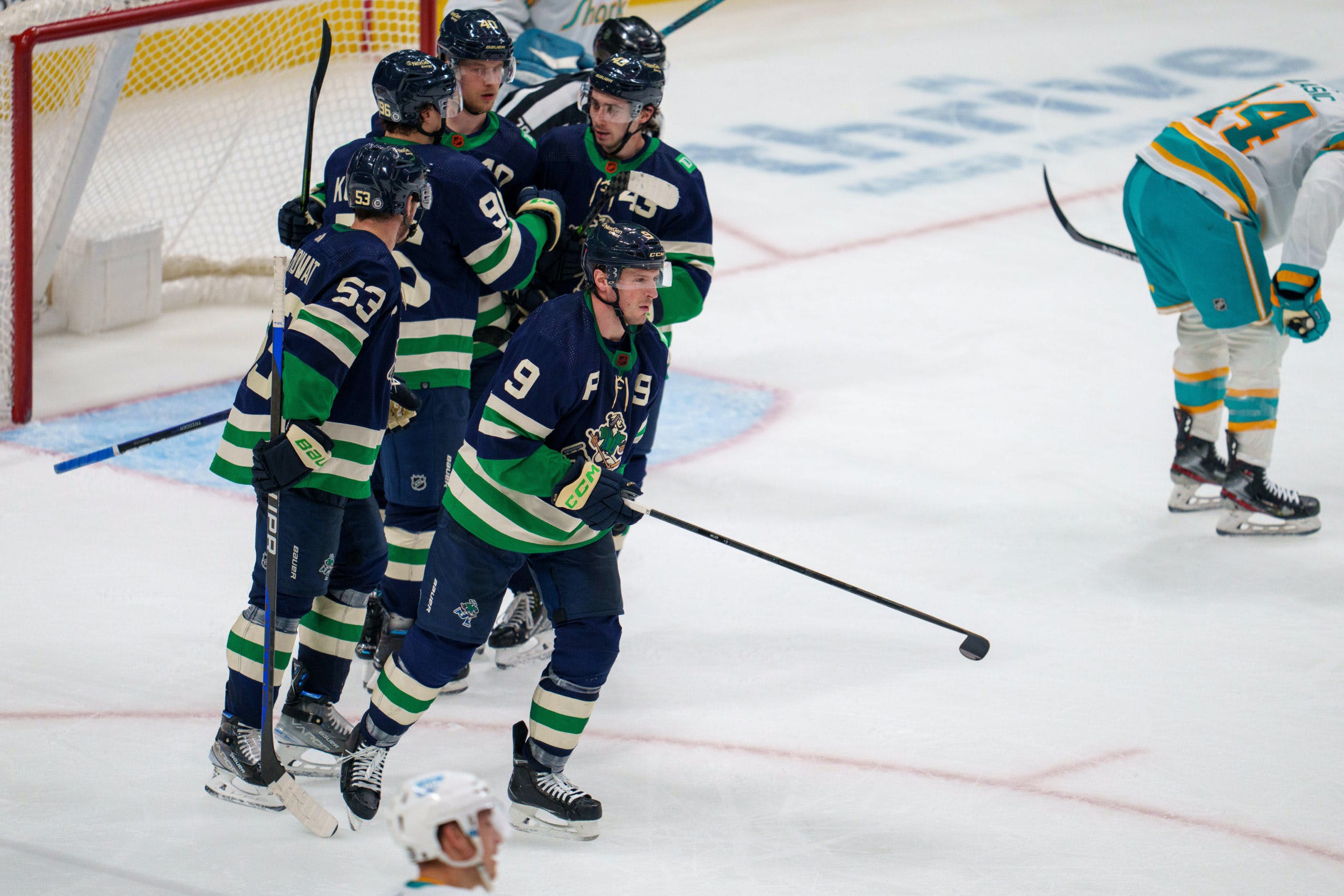 By David Quadrelli
1 month ago
On today’s episode of Canucks Conversation, we don’t have any clips to share with you. We went into today’s show without much of a plan, and instead spoke completely off the cuff about this team and the current state of it.
Among the topics we discussed was how the Canucks look without Elias Pettersson and Thatcher Demko. As I wrote in Monday’s Mailbag, we talked also talked about the Montreal Canadiens’ fast tracked rebuild, and the lessons that the Canucks can learn from it.
Montreal got off to a rough start last season after their 2021 Stanley Cup Final appearance, and chose to sell as much as possible leading up to the 2022 trade deadline. They added plenty of draft picks, and made six selections in the first three rounds of the 2022 Draft. They then flipped a first and a third round pick for 21-year-old Kirby Dach, and added another first round pick when they weaponized their cap space to take Sean Monahan off of the Calgary Flames’ books.
We talked about how the Canucks could do something similar, and potentially — for lack of a better term — turn this team around in a hurry.
We also discussed Nils Höglander’s demotion to the AHL and why we both think it’s a good move by the organization.
You can watch the full replay of today’s episode here:
Be sure to subscribe to the CanucksArmy YouTube channel!
You can catch the livestream of Canucks Conversation at 1 PM Pacific Monday through Friday on The Nation Network’s Youtube Channel here and the CanucksArmy Twitter account here. Clips of the show are posted daily to the CanucksArmy YouTube channel, which you can find by clicking here.
The show is also available in podcast format around 2 PM every day wherever you get your podcasts!
Shows
Recent articles from David Quadrelli