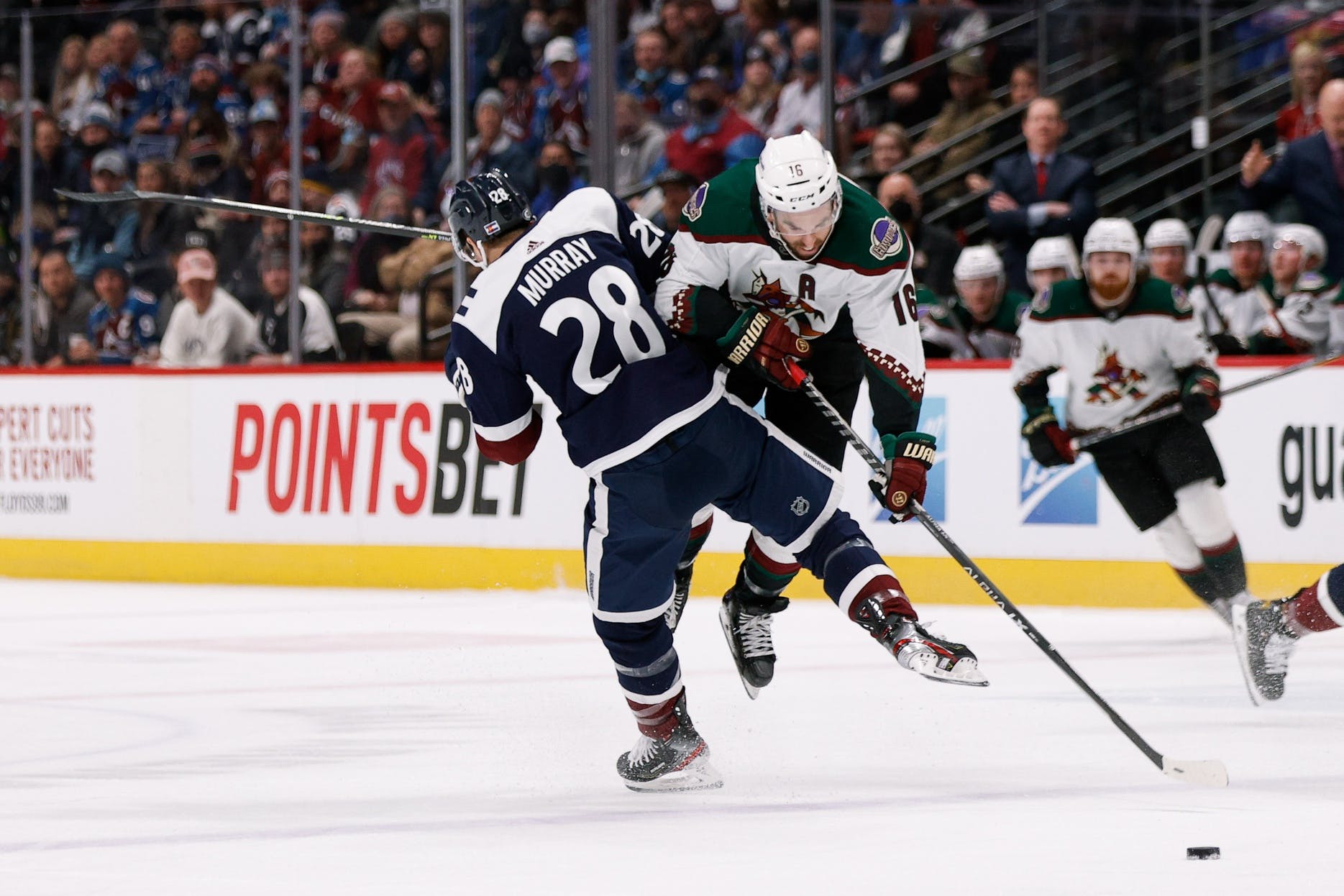 By Stephan Roget
5 months ago
These days, money’s tight just about everywhere except at the very top, and — in very relative terms — the National Hockey League is no exception.
Entering the third year of the COVID-induced nearly-flat salary ceiling, teams are running out of cap space like never before, and it’s put a serious squeeze on 2022’s crop of unrestricted free agents.
Some, like Johnny Gaudreau and Ondrej Palat, were still able to cash in big-time.
Others, like John Klingberg, had to take what seemed like disappointing contracts.
Still, countless others have been left without a compelling offer to this point and are stuck waiting around for an offer almost a month into free agency.
Guaranteed employment is getting harder and harder to come by.
With more than three dozen legitimate NHLers still on the market, the likely outcome is that a record number of professional tryouts — or PTOs — are handed out in the months leading up to the 2022/23.
For players, that means a gruelling series of training camp battles for a limited number of roster spots.
For teams, it means a great opportunity to add some genuine talent for no risk and low cost, and the Canucks could be one of those teams.
Here’s a handful of players still floating around on the open UFA market that could be a PTO fit in Vancouver.

27, 6’0”, 204lb
Aston-Reese and Jim Rutherford go way back, with Rutherford first signing the man they call “ZAR” as an undrafted NCAAer and then overseeing his transition into full-time NHL play with the Penguins.
Throughout his career so far, Aston-Reese has developed a reputation as a defensive center and/or winger who can handle a surprising amount of matchups against top-six competition and will usually break even at the very least. 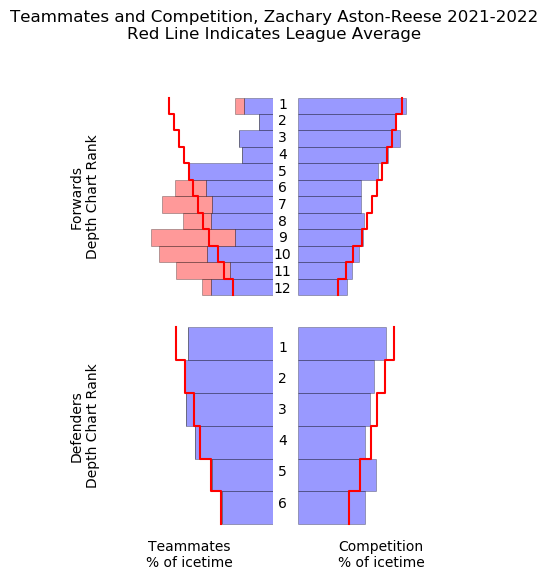 From HockeyViz.com
If the Canucks were looking for a little more competition in their bottom-six, and if they were looking to form a shutdown third or fourth line of sorts, they could do an awful lot worse than ZAR.

23, 6’1”, 193lb
Brook is the least exciting name on the list, but he’s still a perfect candidate for a PTO as someone with much to prove. Drafted 56th overall in 2017, Brook was highly-touted for being that rare sizeable RHD who can skate, pass, and defend, but injuries have got in the way of his development. He’s only managed 45 games over the past two seasons, and none of them have been at the NHL level. But if Brook is healthy heading into 2022/23, there’s no reason not to see if he still has that talent left in him, especially for a team so RHD-starved as the Canucks.

31, 6’3”, 208lb
Been there, done that. The Canucks know exactly what they’d be getting from Chiasson, last year’s successful PTO…or do they? 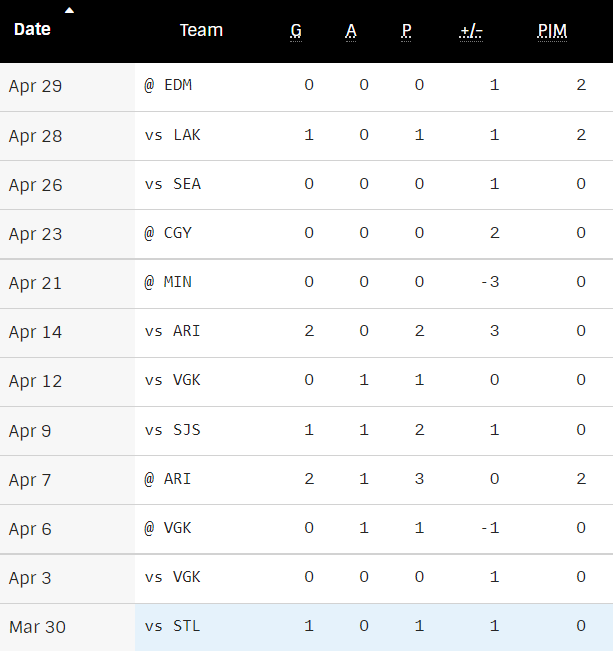 From NHL.com
A few different Chiassons showed up for the Canucks in 2021/22. One of them was “Final Month Chiasson,” as he posted 11 points through the season’s last 12 games. No one is expecting that Chiasson to show up all season long, but it does demonstrate his versatility and ability to play up and down the lineup as the situation calls for it. He’s still an NHL player, even if it’s not in Vancouver.

31, 6’1”, 195lb
De Haan may shoot left, but he’s played the right side of the blueline plenty throughout his career, and might just be more comfortable there. Traditionally plagued by injuries, de Haan had one of his healthiest seasons in a while for the Blackhawks, and put up some respectable results considering the quality of the team around him.
From NHL.com
De Haan is a fairly classic defensive defender these days, and he has a penchant for doing the dirty work of throwing hits, blocking shots, and washing faces. In other words, he brings something that the Canucks don’t have much of at LHD…in addition to another, desperately-needed NHL-quality body at RHD.

29, 5’11”, 198lb
It’s honestly a bit strange that Larsson hasn’t been signed by anyone yet. He’s a very specific type of analytics darling, the sort of player that can only be described as a “wet blanket” — in a good way. 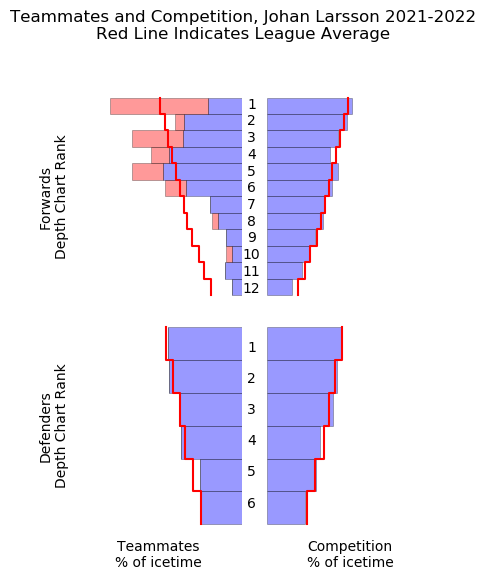 From HockeyViz.com
Larsson regularly plays against top-six competition, and when he’s on the ice, nobody scores. Not his opponents, not his linemates, and — with the notable exception of last season — certainly not Larsson himself. If the Canucks want to ease up on Bo Horvat’s deployment and create a bottom-six shutdown line, they could try out Jason Dickinson in that role again, or they could hand it over to a more tried-and-tested shutdown center in Larsson.

28, 6’1”, 206lb
It’s tough to call Murray’s career a disappointment on the heels of him being part of a Stanley Cup winner in Colorado. But the 2012 second overall pick has been hampered by injuries since before he was drafted, and it’s caused him to develop into a bottom-pairing defender instead of a #1 minute-muncher.
From NaturalStatTrick, 5v5
Still, Murray has found ways to be, at the very least, an effective bottom-pairing defender. He can handle decent competition, does a lot of the little things well, and generally posts positive possession and control metrics. He’s nothing fancy, but he might be seen as a safer option for the Canucks bottom LHD spot than anyone else they have penciled in there — or worth a look, anyway.

29, 6’4”, 220lb
If the Canucks are still on the lookout for grit, Ritchie is probably the biggest bruiser left on the market. His four points on the 2021/22 season — despite some top-six time with the Flames — doesn’t look encouraging, but Ritchie’s advanced stats are actually incredible.
From NaturalStatTrick, 5v5
Does this suggest that the 29-year-old right winger is due for a breakout season? Maybe. Maybe not. But it does suggest that, despite his lumbering, he’s a safer player to put out on the ice than most might assume. If he could get his penalties under control, he’d be an even better bet. Still, Ritchie may not fit the speed profile that GM Patrik Allvin is reportedly seeking for his roster.

27, 5’11”, 190lb
Rutherford drafted, signed, and oversaw Simon’s transition into the NHL with the Penguins, so there’s plenty of history here. Simon eventually left Pittsburgh for the Flames, but returned last season, where he posted low scoring numbers and sparkling analytics in a fourth line role.
From NaturalStatTrick, 5v5
Simon was eventually sent to Anaheim in the Rickard Rakell trade, where he floundered, which is probably why he remains unsigned. But he’s quick, he can kill penalties, and he’s flashed plenty of scoring ability in the past, so he may be a worthy competitor to bring into training camp.

35, 5’11”, 186lb
At 35 and with 930 NHL games under his belt, we wouldn’t be surprised if Stralman wasn’t open to a PTO and just headed back to Sweden instead. But if he’s willing, the Canucks should be willing to give him a look. Stralman was forced into a more-or-less top-pairing role for the Coyotes last season, and he performed admirably, all things considered. He definitely didn’t get nearly as buried as he should have. 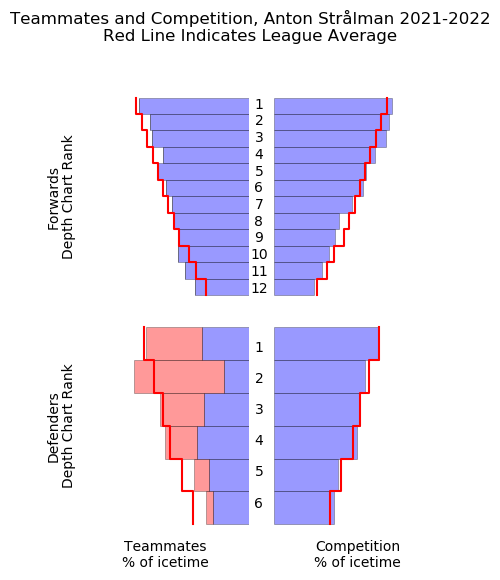 From HockeyViz.com
After that, one has to think that Stralman has at least enough left in the tank to compete with the likes of Kyle Burroughs and Tucker Poolman for a spot. And one more Swede in the mix couldn’t hurt, either.