3 late-round Finnish prospects that the Canucks should look into drafting: Scouting with Faber #1 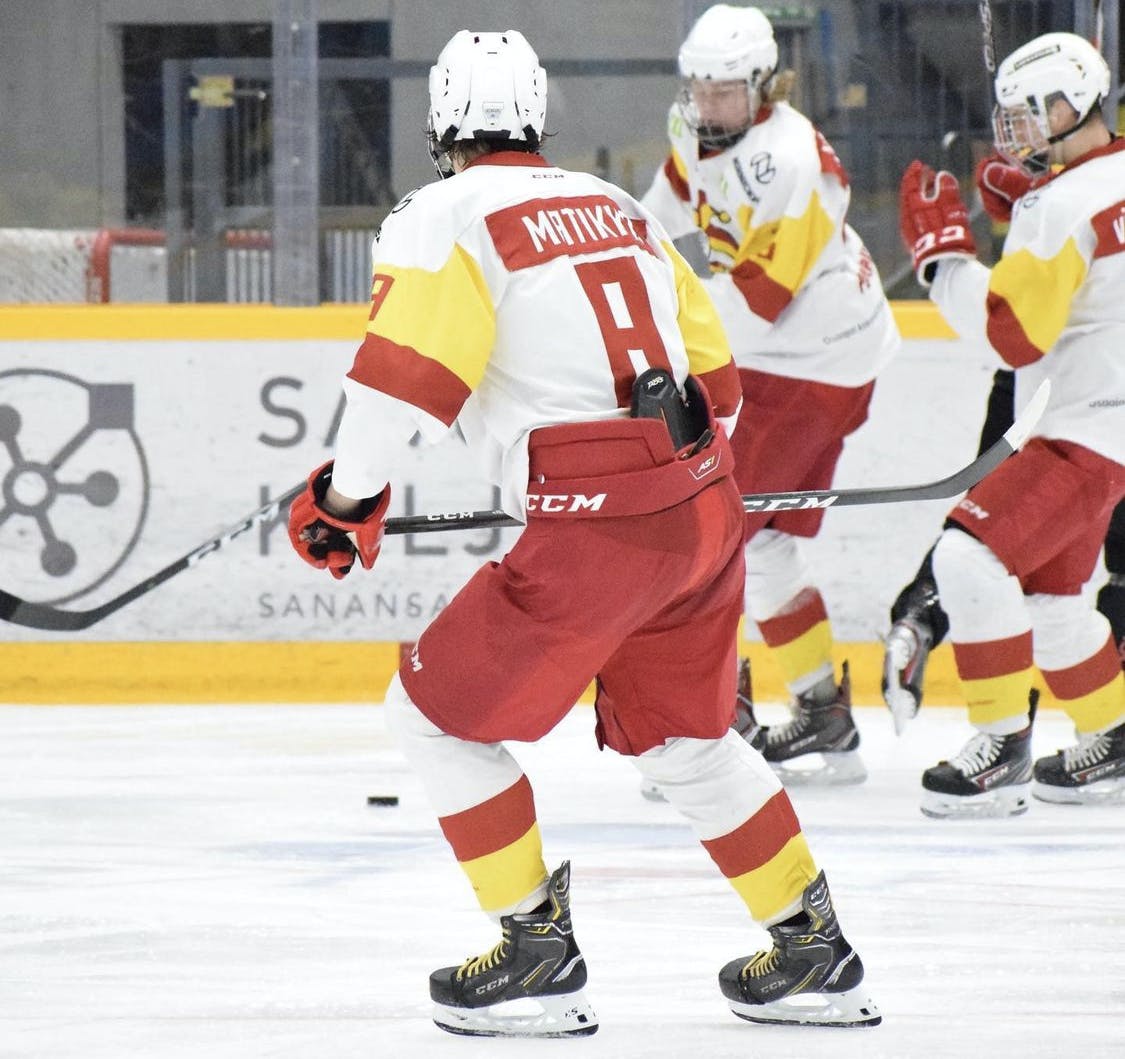 By Faber
9 months ago
I’m going to try something new this year. There are a lot of draft-eligible prospects that are fun to watch and break down the strengths and weaknesses of. I enjoy viewing and scouting on some of the players outside of the top 50 and I’d like to write about it all with this new series “Scouting with Faber”.
It’s going to be an information dump every couple of weeks. There will be lots of clips in each of the articles and it’ll be confusing the crap out of my followers as I tweet out cryptic tweets of random draft prospects. Then, once we approach the draft, a Google search down the road will bring you back to these players and information to hopefully help inform closer to the draft.
I hope you enjoy this series, because I enjoy doing this type of work.
Let’s go!
It’s never too early to begin scouting the NHL Draft and with some down time over the winter break, I began to create a list of European prospects who are eligible for the 2022 NHL draft.
It’s unknown where the Canucks will draft in the first-round and I’ve always had a bit more fun looking at some off the board prospects. A league that I spent time watching over the past handful of weeks is the U20 SM-sarja league. It is full of big and strong Finnish teenagers who could end up helping an NHL roster down the road.
It’s still early and I’d like to do more video work as well as speak to some scouts about certain players. For now, here are some early looks at a handful of Finnish prospects who should be available in the later rounds of the NHL draft and have some interesting strengths and skills.

Our favourite mid to late round projection is the smooth-skating, point-producing Elmeri Laakso.
His skating looks great for a defenceman who is over six feet tall. He quickly turns on his edges and is able to shake forecheckers so that he can create breakouts.
Laakso is capable of playing both sides on defence and when playing the right side, his breakout passes tend to be noticeable quicker as it may have something to do with him being able to evaluate the ice a bit quicker.
When it comes to shooting, Laakso does a great job of creating shooting lanes. His high-level skating shows well in the offensive zone. He is able to jump into open-ice areas and also use his smarts to work the puck around his body for a better shot angle.
The interesting thing about Laakso is that he is not really popping up on many early rankings. He currently sits as central scouting’s 65th best European skater.
We’ve got him falling into the sixth or seventh round and if the Canucks can land him there, that would be a nice depth value for a guy with his skating ability.

Just another 6’3” Finnish winger with a scoring touch. Miko Matikka is a very interesting prospect who has a chance to be there in the third or fourth round of this summer’s draft.
Matikka does a lot of very exciting things on the ice with his 6’3” frame. He can pick up speed very quickly and is sharp on his edges. Throwing in above-average hands make him an underrated puck-carrier.

His streaks through the neutral zone often end in a scoring chance at the U20 level and it will be interesting to see if he can show this much explosiveness in the NCAA next year. Matikka is set to join the University of Denver on a team that is juiced full of talented players. His power forward style of play will be a lot of fun to watch in the NCAA for the next couple of years.
On top of his great hands, Matikka uses his size to play a physical game. This is most noticeable on the power play as he plays a very aggressive bumper position and drives the net hard on every shot. Matikka is not shy to throw a shoulder into an opponent to veer him off the puck. On this next clip, he bumps a player off the puck, before chipping it around two different players on his way to a clean defensive zone exit and offensive zone entry.
Another good piece of his game to note is that unlike some other Finnish draft eligible players, Matikka doesn’t take shifts off. Many of the players we evaluated would really slack on backchecks or need a player to get the puck in their stick before giving 100% effort. The good thing about Matikka is that he doesn’t have a questionable motor, he’s quick to engage and goes to the play instead of the play coming to him.
We really like Matikka as a long shot, and we project that he will be drafted somewhere in the 55-105 range. He’d be a nice scoop for the Canucks if he slides to the fourth round. It may be worth going for Mattika in the third round as well. His relentless effort could be what finds him a spot in the NHL and his commitment to the University of Denver will get him to North America next season.

As one of the top pure goal-scorers in the Finnish U20 league, Joonas Lohisalo shows value as a late-round pick. He has a quick release on his wrist shot that generates a lot of power and he backs up that wrist shot with a powerful slap shot that he routinely gets off from one-timers.

Lohisalo’s best attribute is his shooting ability but his full speed once get accelerates is up there in some of the best parts of his game.
One thing that Lohisalo lacks is an aggressive motor. He can be lost in the defensive zone and doesn’t truly engage until offence presents itself. He is a much worse defensive player than our earlier example with Matikka, who is a very high-energy player with or without the puck. Lohisalo works hard to find space once his team is in the offensive zone but he is more of a finisher than a creator.
There are many games where Lohisalo will have 10+ shot attempts in a game. He is the type of player who doesn’t hesitate when the puck hits his stick. His one-timer is impressive for a 17-year-old and he is able to consistently pick corners with his slap shot.
We can really find him in many rankings at all and have to imagine that he is a sixth or seventh round pick if anything. His scoring ability may be worth taking a risk in one of the final rounds but his lack of aggressiveness in the defensive zone could be a concern.
I’d like to stick in Europe for the next round of Scouting with Faber, is Sweden’s J20 league a good place to go.
Or would you like me to find some draft prospects in another European league?
Uncategorized
Recent articles from Faber