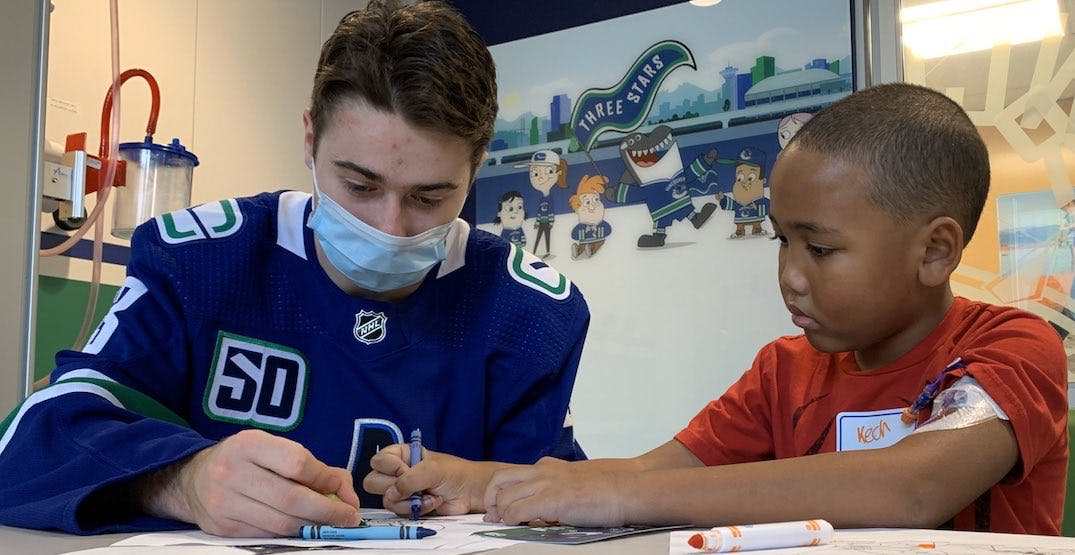 By David Quadrelli
7 months ago
As you likely already knew, the Canucks for Kids Fund held their annual Telethon last night.
Last night’s Telethon was the first one held in person since March 10th, 2020, less than a week before the pandemic brought the 2019-20 NHL season to a screeching halt.
As it so often is, the Telethon was a smashing success, and raised $683,114 — the second-highest amount ever, trailing the 2010 CFKF Telethon grand total of $720,018 by just under 37 thousand.
If you were at the game last night, you may have seen Stan Smyl working at Steamer’s (the Rogers Arena hot dog stand named after him), and heard in-arena interviews from Daniel Sedin and Brandon Sutter, explaining the importance of the Canucks for Kids Fund, and the Telethon as a whole.
The Canucks for Kids Fund dedicates resources to assist charities that support children’s health and wellness, foster the development of grassroots hockey, and facilitate and encourage education in BC.
The CFKF has granted more than $76 million to charities that support children’s health and wellness, education, social impact programming and the development of grassroots hockey throughout BC. The Canucks for Kids Fund’s core beneficiaries, Canucks Autism Network (CAN), Canuck Place Children’s Hospice and BC Children’s Hospital Foundation are providing vital resources and life-saving care to families across this province.
In addition to the Telethon total, last night’s 50/50 jackpot reached $300,850, and half of the total will be dedicated towards the Sedin Family Foundation and an annual legacy project with the Canucks for Kids Fund, benefiting families across British Columbia.
Uncategorized
Recent articles from David Quadrelli