The Canucks completed the comeback after being down a goal early. Quinn Hughes and Chris Tanev drew the tough matchup of the Taylor Hall line and didn’t allow a goal against. It never ceases to amaze what Hughes is capable of night in and out. He led the Canucks with 22:37 played tonight. Travis Green placed Brock Boeser on the third line and Jake Virtanen took his spot with Petey and J.T. It paid off with a goal for Jake while Boeser only played 11:16 5-on-5 the second lowest TOI behind Roussell. Markstrom got his fourth consecutive start and it was business as usual for the stone cold tender. Captain Bo’s line featuring Pearson and Loui was once again excellent for the Canucks. They were reliable on defense, made smart transition plays which gave them chances to punish the Coyotes. They were the only forwards to finish with a CF% and xGF% over 50% when 5-on-5.

Brandon Sutter was activated off the IR and inserted into the lineup on the fourth line in place of Tim Schaller. He made his presence felt early when the Canucks thought they scored 1:43 into the game, but the play was ruled offside, denying Jay Beagle a rare goal. Itt was the Coyotes who would end up getting on the board first after Tyler Myers followed up a nice play with a failed attempt to get the puck up the boards, leading to a Christian Dvorak goal.

Our All-Star Quinn Hughes making fools out of opponents one smooth spin at a time.

The Canucks bumped a power play slump after only scoring once on their last 25 attempts. After two posts from Petey and Hughes, Captain Bo came to the rescue and buried his 16th of the year with just under five minutes left in the first period to tie the game at one.

Jake Virtanen scored his 14th goal of the year off a wrap around banked off Adin Hill’s skate to put the Canucks up by a goal with under five minutes left in the second period. Shotgun Jake has now set a career high of 26 points just 48 games into the season. His linemates J.T. and Petey drew the assists on the lone goal of the period. This was Petey’s 14th multi-point night of the season.

The Coyotes being down by a goal came out hot to start the third period but they couldn’t beat the marvelous Markstrom who continued his stellar play.

The empty net king strikes again! When the net is empty Travis Green knows just what to do and that’s put Tanner Pearson on the ice. Loui Eriksson set up Pearson’s 100th career goal to seal this important victory for the Canucks which brings them within one point of the Pacific Division lead.

The Western Conference game of musical chairs continues with 11 teams in action tonight especially in the messy Pacific Division where only two points separate first and fifth place. The Canucks took care of business tonight, but didn’t get much help on the out-of-town scoreboard, as the Flames and Golden Knights both won as well. The Flames are now the division leaders, but the Canucks are lurking a single point back with one game in hand. 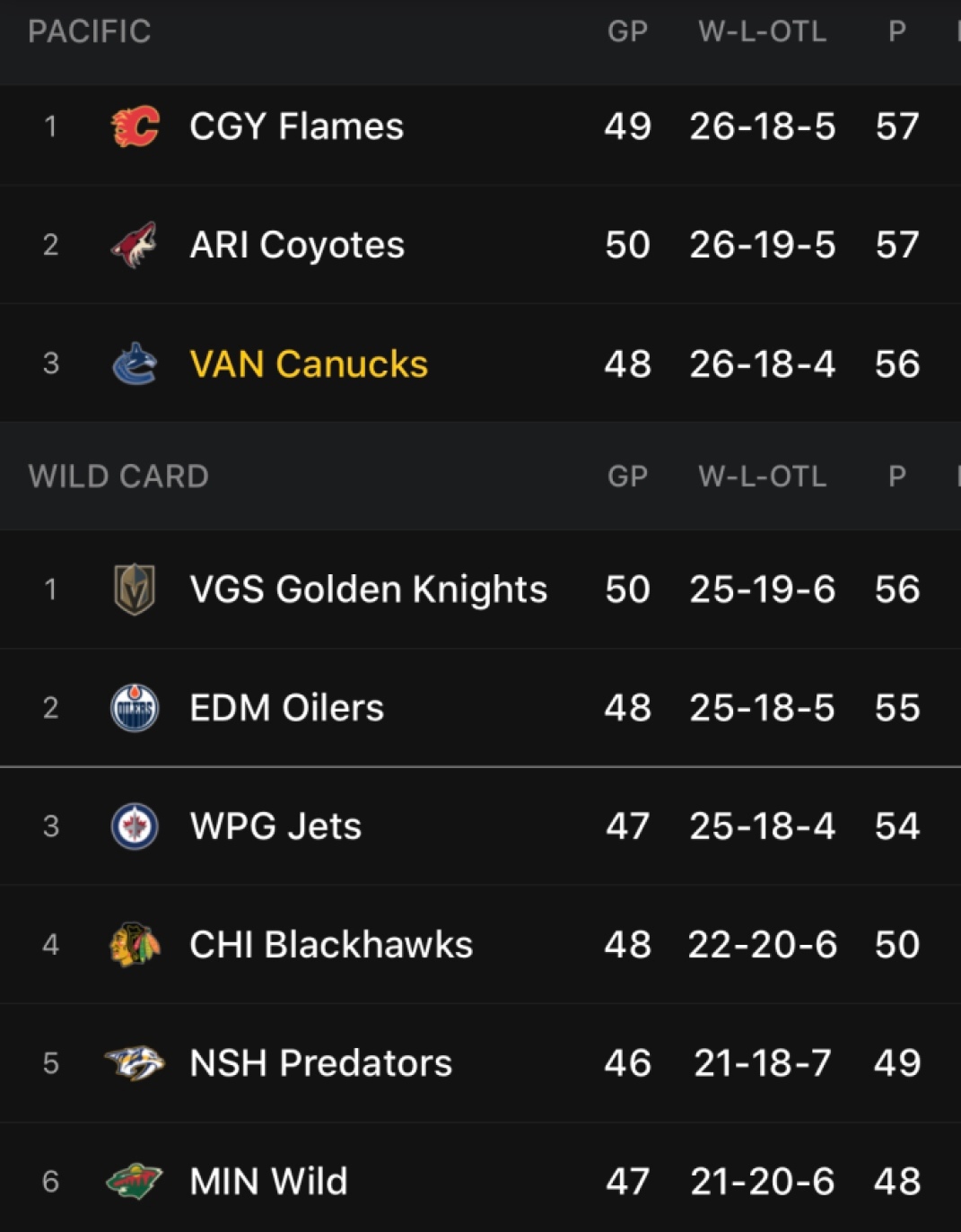 Shout out to Tyler Motte for being so selfless by sharing his personal story about mental health and dealing with depression and anxiety in particular. It’s something I deal with on a regular basis and having someone like Motte who genuinely wants to inform us about his journey in hopes to help others is inspirational. Often I have found many people will tweet about how they support mental health issues but they don’t follow it up with real actions and that can make it hard to speak out for help.

Nine years ago I told a roommate and longtime friend about my depression and social anxiety. She got her boyfriend to confront me and questioned why I would put that on her. It made me feel like I couldn’t speak out. Every year when Bell’s Let’s Talk day rolls around this person makes a big show of making sure everyone knows how much she cares about mental health. It’s disheartening, because mental health shouldn’t be used as a tool for social media clout, but rather as a means of brings people together in the hopes of understanding one another and practicing compassion.

This is all a long-winded way of saying that when a person like Motte speaks out, it really means a lot. It’s been amazing to see the Canucks start the Hockey Talks initiative in honour of Rick Rypien. These efforts go along way towards ending the stigma of living with mental illness. So, I extend a sincere thank-you to Tyler Motte. Your strength and courage means more to me than you will ever know.

If anyone ever feels like they are struggling with your mental health I’m here with no judgments and my dm’s are open to you. You can find me on twitter at @danihuntley.