An early look at the Vancouver Canucks’ penalty kill misery 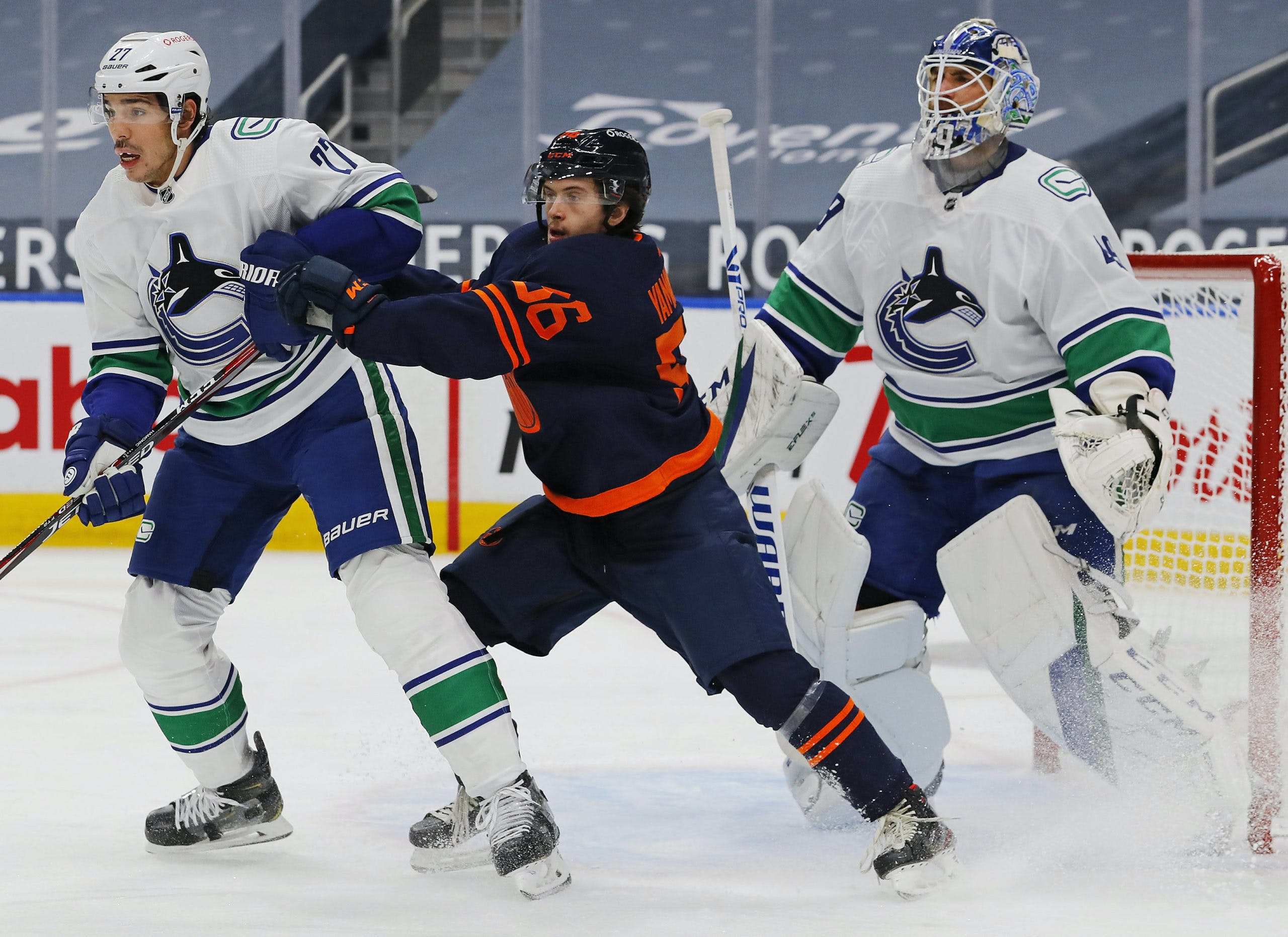 By Jason Jhutti
1 year ago
Remember growing up, how your parents would tell you that you’re so special?
Well, that’s not the case for the Vancouver Canucks penalty kill.
The Canucks special teams, in general, haven’t been special at all to begin this season. They’ve gone 0-15 on the power play and are a dismal 66.7% penalty kill. Only four games into the season, the days are early, but a bad start to the PK is something they will want to shake off immediately.

Who’s on the Penalty Kill

Since Travis Green’s arrival in Vancouver, the Canucks PK has been averaging 79.9%, ranked 19th in the league during that span. With a slow start to this season, the chances of improvement could be slim. The best the PK has finished under Green is 11th, which was in Green’s second season, and last year they took a step backwards and finished 16th.
With the same forward group back and the additions of Nate Schmidt and Travis Hamonic on the back end, this year’s haven’t been special at all, allowing shots right in front of the net and at both flanks. The Canucks need to stay disciplined and stay out of the box, especially when the PK’s confidence is shot.
Both the Edmonton Oilers and Calgary Flames tend to get the Canucks’ penalty killers moving around, making them out of position with quick passes and plays. As mentioned before, shots come from the top of the circle and front of the net, which the PK needs to clean up by getting sticks in the lane, blocking shots and making it uncomfortable for the opposing team. 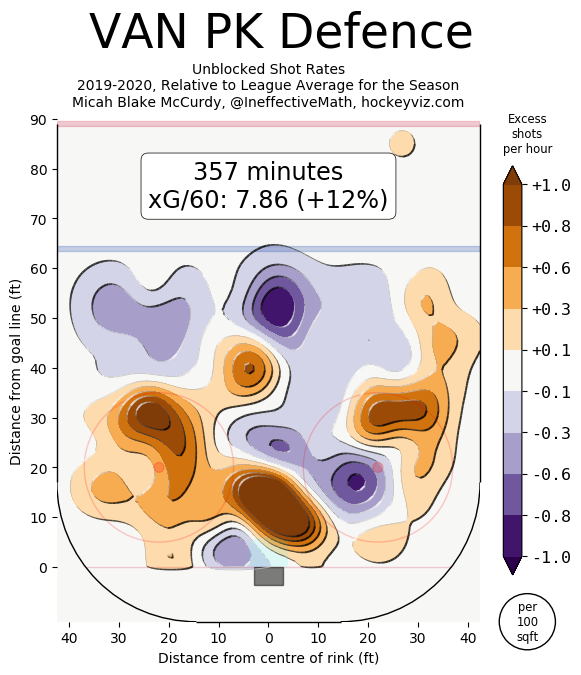 After shutting down the Edmonton Oilers’ power play in game one, the Canucks PK unit went 50% in the two games after, while surrendering two more power play goals on seven attempts on Monday night. Missing Tanev is affecting the group, but maybe the team is missing someone else, perhaps Loui Eriksson?

The Canucks ran a veteran-heavy PK unit last season, and it looks as if that will be the case this season once again. Tyler Motte is the youngest penalty killer at 25, and his contract is set to expire the same year as Jay Beagle and Antoine Roussel’s. After this season, however, Brandon Sutter and Alex Edler are set to hit the open market. Regardless if Edler comes back, the PK will look remarkably different within the next few years.
This current group has been average, to say the least, and needs a shakeup. It’s time for Green to test other players to see what he has in them this season and the next couple of years. Giving a shot to Adam Gaudette, Olli Juolevi, and maybe even Jake Virtanen could be an option. We saw Virtanen on the PK during training camp but he hasn’t had a sniff during the regular season. Maybe new blood could be the change the PK needs.
If it’s not personnel, then maybe a change in philosophy. Instead of a box pk, try the aggressive approach like the San Jose Sharks:
Either way, the Canucks are losing games because of the PK, which needs to change at some point if they hope to make the postseason.
Uncategorized
Recent articles from Jason Jhutti